Over-the-top creations from Thierry Mugler, Leigh Bowery, Vivienne Westwood, Mr. Pearl, Alexander McQueen and many others are on view through December 5. 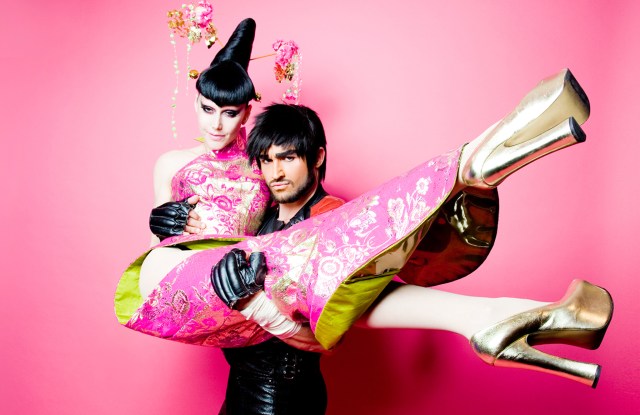 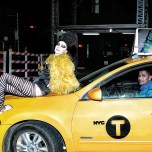 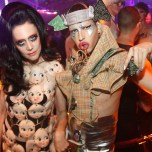 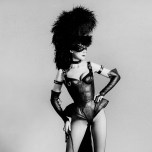 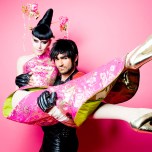 By her own accord, that’s the bewitching hour for Susanne Bartsch, who will help The Museum at FIT unveil “Fashion Underground: The World of Susanne Bartsch” tonight. After the festivities, Bartsch, aka “Queen of the Night,” will do what she does best – host her Kunst party at the Gramercy Theater to celebrate her birthday and the exhibition opening. Tilda Swinton, Marc Jacobs, Rick Owens and Calvin Klein are among those expected at the opening, which Bartsch hopes will lead to a traveling exhibition.

In an interview Wednesday, she said other traces of her nightlife-infused life will be unveiled in the coming months. She is crafting a collection of elaborately fake eyelashes for MAC and, with the help of Patricia Field, is developing a three-day underground festival for the city of Ft. Lauderdale in conjunction with W Hotels.

With her unmistakable wardrobe and extreme makeup, the event producer has commandeered New York City’s nightlife for decades and has influenced fashion in the process. Born in Switzerland, Bartsch spent 13 years in London with the New Romantics before shipping out in 1981 to New York, where an artist boyfriend was living at the Chelsea Hotel. She still owns his old place, as well as two other apartments in the storied locale. And that’s a good thing because the 100-plus, over-the-top ensembles that are now on view at the Museum of FIT have been stored away there.

Visitors to “Fashion Underground” will be greeted by a Bartsch-like figure holding one seriously long guest list behind a velvet rope standing in front of a graffitti-imprinted wall. Another wall is covered with a collage of invitations from her parties at the Copacabana and a myriad of other venues. The museum’s director and chief curator Valerie Steele said, “Things now have tended to become so commercial, and so kind of corporate. This was such a funky and do-it-yourself project. That seemed really appealing.”

Over-the-top creations from Thierry Mugler, Leigh Bowery, Vivienne Westwood, Mr. Pearl, Alexander McQueen and many others are on view through December 5. The Mugler bodysuit and enormous egg-shaped veil that Bartsch wore for her 1995 wedding to David Barton is on display. Abel Villarreal, whom Bartsch had introduced to Mugler to years before, designed the leatherwork. Another vignette showcases corsets by Mr. Pearl, whom Barstch helped bring more mainstream. She introduced him to Mugler, with whom he worked before linking up with Chanel and others.

Growing up in Switzerland, a mecca for bankers, Bartsch knew that she didn’t “just want to be a bankers’ wife with a house and a car,” so at 17 she headed to London to learn English, which was just a line to learn about life. A self-described art director and event producer, Bartsch said she always knew she was cut out for the creative life, refusing at the age of eight to wear clothes from regular stores in favor of secondhand ones. “I think creativity is gold,” she said. “You think of something, you have an idea and then you are able to actually make it happen – that’s an incredible gift to yourself and to people. I think creating is the root of your well-being.”

Near the show’s entrance, one area is meant to evoke the shoebox-sized Thompson Street store with an iceberg-inspired interior that Bartsch opened in 1981. Designs from Rachel Auburn and David Holah (who later launched Bodymap with Stevie Stewart) are among the freeflowing styles showcased. Nearby, another mise en scene is set up to look like the bigger store on West Broadway that Bartsch opened a few years later and helped introduce her New York shoppers to pieces from Vivienne Westwood and Andrew Logan, who also started the Alternative Miss World drag queen beauty pageant.

Video footage of Bartsch’s infamous Love Balls and other events will play on screens or will be splashed on the gallery walls. Guests will find glimpses of Donna Karan and Isaac Mizrahi, as well as Leigh Bowery dancing in one of his beyond cartoonish costumes.

The takeaway for Bartsch is pretty straightforward. “I hope it brings a smile to the faces of people. I hope people have fun. And there is a body of history there; I was the first person who bought these iconic corsets from Mr. Pearl. And for the college students I hope it will be very inspiring,” she said. “It’s not like going to a museum and seeing the Mona Lisa, but something that is actually done by an ordinary person. It’s just from me walking around going somewhere.”