Being prepared for a special Oscar delivery…going to Hell (and Heaven) with the Young Lions…Prince Charles’ royal pain. 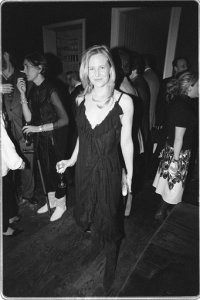 Try this story on for size: Rumors abound that an extremely pregnant Catherine Zeta-Jones won’t be taking any unnecessary chances at the Oscars. Just in case — in the excitement of maybe winning for Best Supporting Actress — she decides to put on a show of her own while the big one is going on on stage. Supposedly, Catherine is planning on having a team of medics standing by backstage and an ambulance waiting practically on the edge of the red carpet to whisk her to Cedars Sinai Hospital 3 miles away. This would be ever so convenient as that’s where she is already planning to have the baby and where her two-year-old son, Dylan, was born. Also, she has wisely been seated near an exit and, of course, daddy Michael Douglas, will be sitting right next to her so he can swoop her up and carry her out in his loving arms.

This story first appeared in the March 12, 2003 issue of WWD. Subscribe Today.

Who wrote this screenplay?

Renée Zellweger is the movie hottie of the moment with awards piling up right and left. So now, one hears, she is in talks to play Marilyn Monroe in a movie about Bruno Bernard, one of the photographers who discovered MM when she was still shy little Norma Jean Baker. The producers, including Bernard’s daughter Susan, met with Zellweger in Los Angeles and are particularly keen on her after her performance in “Chicago.” But all agree that the costume designer, in order to imitate MM’s famous curves, will have to add padding to her wardrobe — again — which Renée confesses she already did in “Chicago.” Oh, and surely they haven’t forgotten that the sex symbol didn’t always wear clothes, particularly when she was just a budding starlet starting out. Renée swears she will never take it all off for the cameras, but are we ready for an unpadded naked Renée anyway?

That quintessence of charm, HRH Princess Marina of Greece, has been visiting New York from her Paris residence for the opening of an exhibition of her beautiful watercolor portraits at the Earl McGrath Gallery. Princess Marina is also a sculptor of note, the wife of the distinguished writer Prince Michael of Greece and the mother of two stunning princesses, Olga and Alexandra. Once upon a time they all lived downtown in New York and everyone clamored to have them at their parties. Now it’s Paris’ turn.

The other night, Lee Thaw gave a little dinner for Marina in the back room at Swifty’s, and they all came. Backed against the banquettes were such as the Dowager Viscountess Rothermere, the Japanese beauty and widow of press lord Vere Rothermere; Cécile and Ezra Zilkha; Juan Pablo and Pilar Molyneux; Pierre Durand; Kenneth Jay Lane; Alexander Hitz; John Loring; Victor Barcimento; Carolina Herrera; Kartica Soekarno, and Alexandra Brown.

Marina and Michael are great supporters of Larry Lovett’s Venetian Heritage, whose mission is to preserve and restore the beautiful city. The guests in Lee’s little grupetto were all Venice lovers — or almost all.

Angels, devils, saints and sinners of all sorts will dance the night away at the New York Public Library’s Young Lions Benefit on April 24 in the Bartos Forum. Taking its theme from “The Divine Comedy,” Dante’s 14th-century poetic journey into the afterlife, the benefit’s Young Lions will wear halos or horns and costumes both heavenly and hellish. This year’s party co-chairmen are Eliza Bolen, Belle Burden Davis, Hannah Griswold, Punch Hutton, Jacqueline Sackler and Stacey Bendet Weiner. For the evening, the library will be transformed into visions of celestial and infernal fun. The diabolical DJ Johnny Dynell will spin and entertainment will be staged by Chi Chi Valenti. The music will be light as a cloud and there will be heavenly libations from the bar. Who wrote this script?

The delightful Alannah Weston is delighted to invite her guests to Windsor on the weekend of April 4-7 for the exhibition of photographs at the Gallery at Windsor, located at the resort owned by her parents, the Galen Westons of Canadian billions. To be curated by Barnaby Drabble, the show’s focus is on such post-Sixties photographers as Nan Goldin, Thomas Struth, Diane Arbus, David Hockney and Philip-Lorca DiCorcia. Guests also will dine at the Windsor House, lunch on the beach, dine at the Clubhouse, lunch at the Equestrian Centre and dine at the Beach Club. And then there are those photographs.

Prince Charles has had to cancel his plans to go skiing in Switzerland over Easter. Drat! It seems he was planting a hedge at Highgrove, his country estate, doing much of the labor himself, mayhap a little too vigorously, because he gave himself a hernia. He will have to have it surgically repaired in a couple of weeks and the doctors are saying it will take him some weeks to recover, which is a royal pain —ha, ha — because he really loves to ski. Mayhap he can recuperate at Highgrove with Camilla Parker Bowles at his side, where he fancies her.

The Society of Memorial Sloan-Kettering Cancer Center will present their Awards for Excellence this year to three outstanding New Yorkers: Ralph Lauren for Excellence in Corporate Leadership; Evelyn Hall, the Annenberg heiress, for Excellence in Philanthropy, and Dr. Murray F. Brennan, chairman of Memorial Sloan-Kettering’s Department of Surgery, for Excellence in Medicine. They will be presented with engraved silver trays from Asprey at a black-tie dinner dance in the Grand Ballroom of the Plaza. The night’s honorary chairmen are Constance Casey and Harold Varmus; the co-chairmen are Karen May and Patsy Warner, and the vice chairs include Laurence Rockefeller, Pat and Bill Buckley, Nan Kempner, Muffie Potter Aston and Dr. Sherrell Aston, Linda and James Robinson 3rd, Betty and Virgil Sherrill, Karen and Richard LeFrak, Nicole and Derek Limbocher and dozens of others just like them.