The artist has installed "I Can Feel" near Brooklyn Bridge Park.

“It’s hard to actually look at and acknowledge from afar, with hindsight, where you were, why you were living that way, the choices you were making,” says artist Suzy Kellems Dominik, in town for the New York debut of her sculptural performance light piece “I Can Feel” at Chashama’s gallery space at One Brooklyn Bridge Park. “I literally had to douse myself in the poison and the drudgery and the husk-like life I was living during that time. ‘I Can Feel’ was the outgrowth of that — and then once I did that, I was able to actually write the ‘Badassery.'”

The 57-year-old artist, who works from her ranch in Jackson Hole, Wyo., and San Francisco, typically begins her creative process with a written component of about 40 words or phrases — she refers to the writings as a “Badassery” — before the vision of the work’s physical form appears, but her “I Can Feel” piece emerged without having that step in place. For its New York debut, Dominik created a “making of” video, smaller neon sculptures, and retrospective “Badassery,” finding words after the fact — traverse, tongue to freezer, singular breath, proof of life, rapturous sky, mortal angel, sensation, shelter — to describe the work.

“I Can Feel,” a 12-foot-tall flashing neon sculpture running on a 27.68 second loop, premiered during Art Basel Miami Beach in 2017 at the Nautilus Hotel, where it generated a fair amount of buzz. It was certainly a conversation piece: the blue, pink and yellow sculpture is the outline of a vulva surrounded by fireworks, and serves as a celebration of the female orgasm. For Dominik, who describes herself as an “emotional autobiographer,” it represents a personal reclamation of physical and emotional independence. “It’s there, it’s glorious, it’s momentary, it’s just happening,” she says of the sculpture’s colorful joie vivre.

“The work is really about all of us,” she says. “I realized the art was genderless, generation-less and almost circumstance was of no note either, in that everyone just wants to be seen, heard and appreciated.” 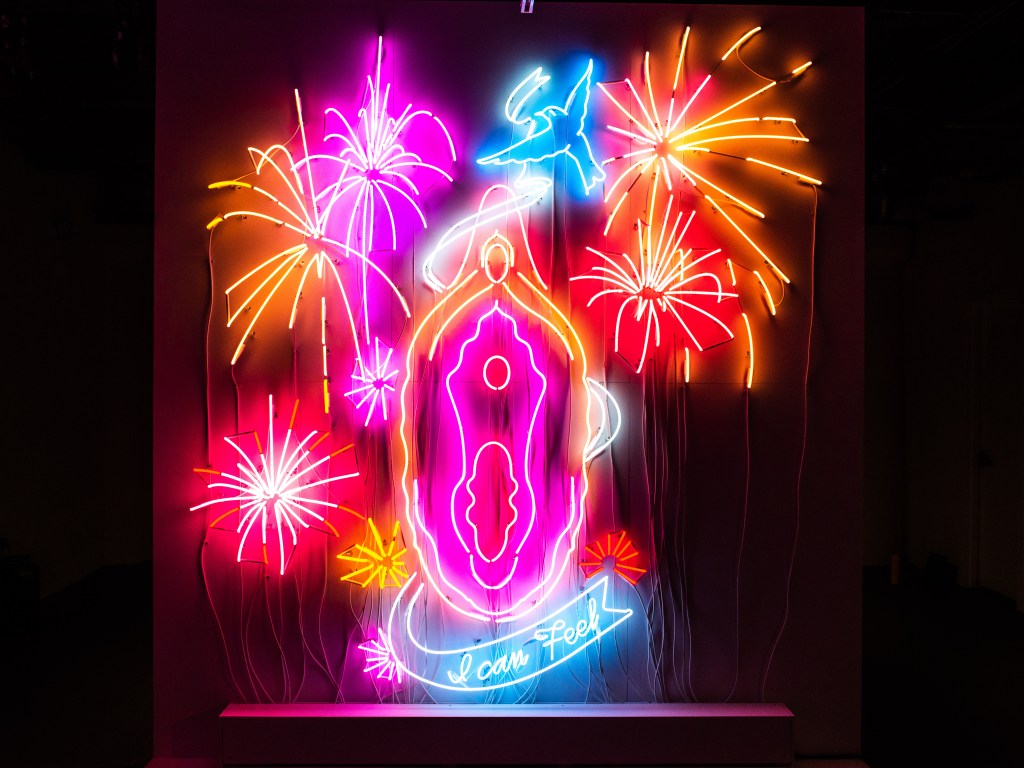 Opening reception of “I Can Feel” by Suzy Kellems Dominik.  Madison McGaw/BFA.com/Courtesy of SKD Studio 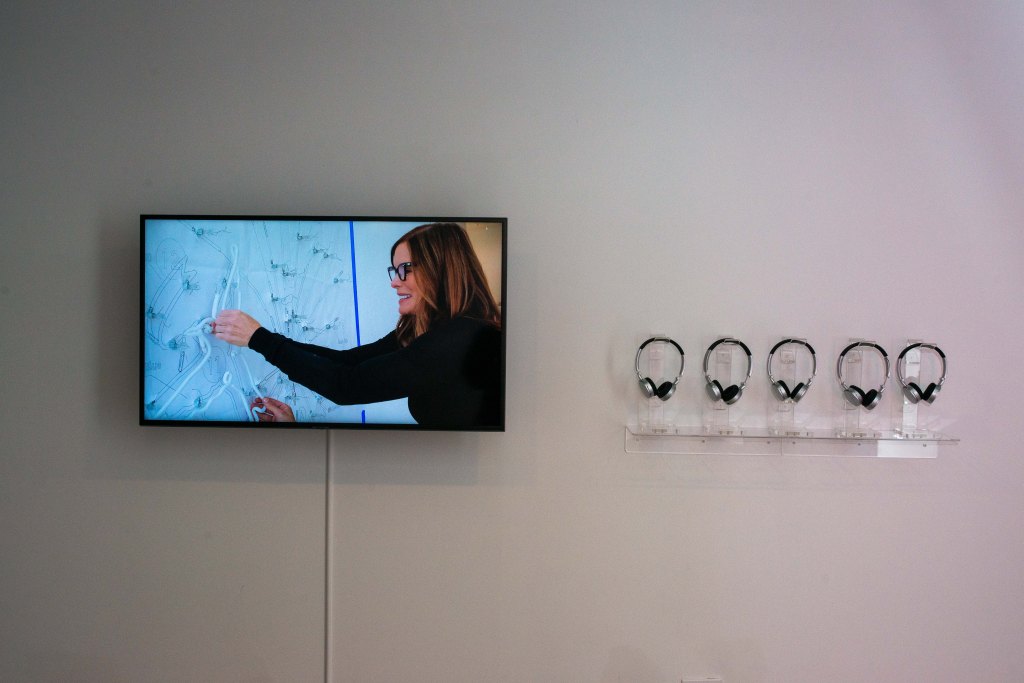 Opening reception of “I Can Feel” by Suzy Kellems Dominik.  Madison McGaw/BFA.com/Courtesy of SKD Studio

She returned to the hotel the next year, in 2018, to debut “Invisible,” a series of tall felt sculptures offering a vague gesture of the female form.

“[2017] is the year that I got everyone’s attention as an emerging artist. And the next year, I got their respect,” Dominik says of her ascent into the art world. “I’m doing this very differently — I’m not part of the regular system, I’m coming in through the side and saying I’m going to do this on my own terms, I’m going to make the work I like, I’m going to put it out there. And I’m fortunate to be able to do that, and I’m going to let the chips lie where they are.”

Dominik began creating artwork with intention at the age of 50 — she sat her family down at her birthday party, and told them she was going to get to work.

“Many people believe they become who they’re going to become by this age, and there’s a malaise with that. I just don’t feel that way. I have this motto: if not now, then when? But I really live by it,” she says. “I’ve been building to this my entire life, every experience I’ve had has brought me to this.” 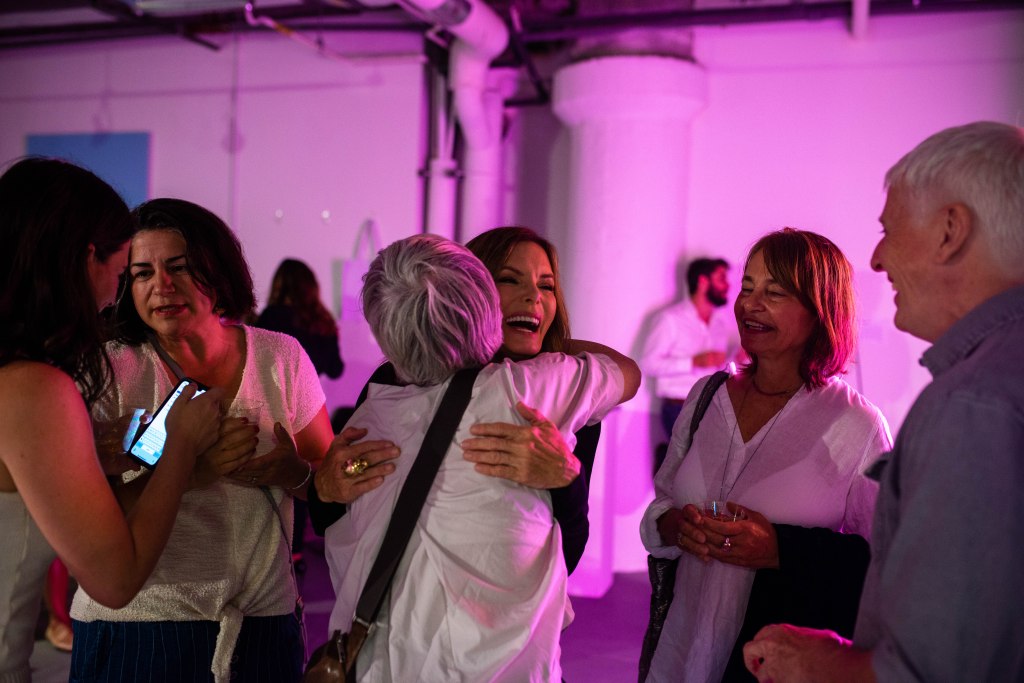 The artist, center, at the opening reception of “I Can Feel.”  Madison McGaw/BFA.com/Courtesy of SKD Studio

After its Brooklyn residency, “I Can Feel” will be shown at a to-be-announced location in Manhattan, cementing its New York victory lap. Dominik is also in the process of creating her next pieces, including a land-based work titled “You Are Dead to Me” at her ranch in Wyoming. She hand-numbered 7,367 stones and laid them in a grid, which traces the start and desolation of a relationship. She moved the rocks to an island in a river, and left the piece to the elements as she continues to film the work on a time-lapse camera. She had a hypothesis of what would be left behind.

“This idea of maybe one or two items would be left behind like with our grief; it’s an analogy for my grief, you still wear it, just somewhere different,” she says.

But sometimes life has other plans — she got different results, which she declined to reveal — and is going to make a documentary about the process. 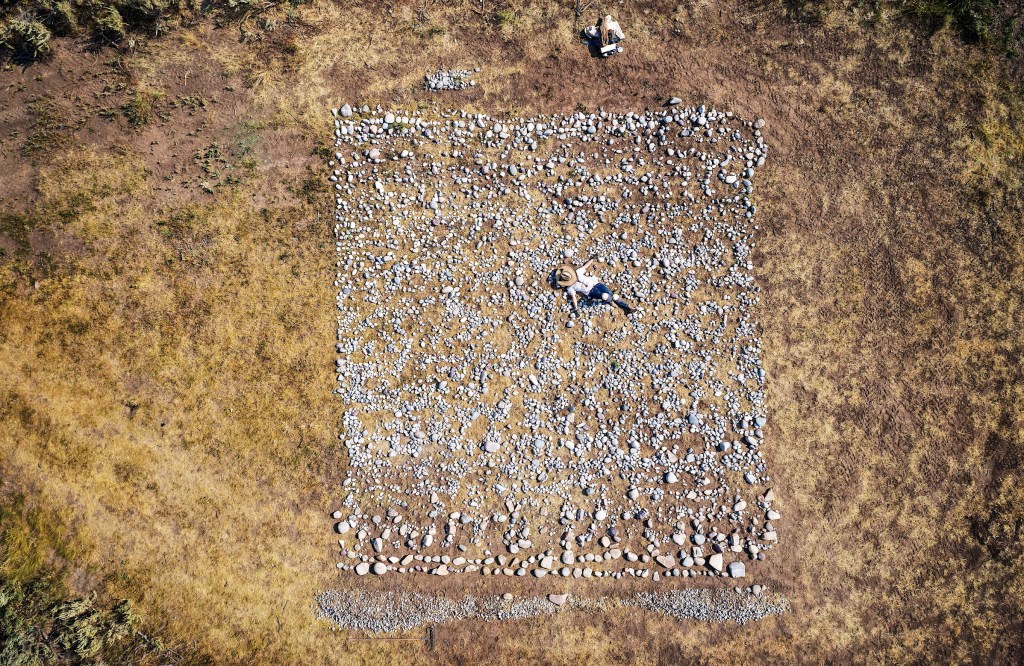 “You Are Dead to Me,” 2018-present. A time-based project by Suzy Kellems Dominik. Jackson Hole, Wyo.

“I live very intentionally,” Dominik says. “Often people will say, oh, it just sort of happened — I was making very intentional choices on a day-to-day basis, even on an hour-by-hour basis during that period of my life.”

During a studio visit with members of SFMOMA, she chose to show them not the works that have generated press, but something new and different: her physical self. She’s been staging movement performances of her “Badassery” series, using dancers as well as herself as vessels for her words. She’s working on editing the videos, but is already embracing the excitement and uncertainty of the work.

“It took me to that next level of vulnerability in the most healing and opening way to kind of move forward,” she says of sharing the work in its early stage with museum patrons. “I reach toward living in vulnerability: It makes me know that I’m alive.” 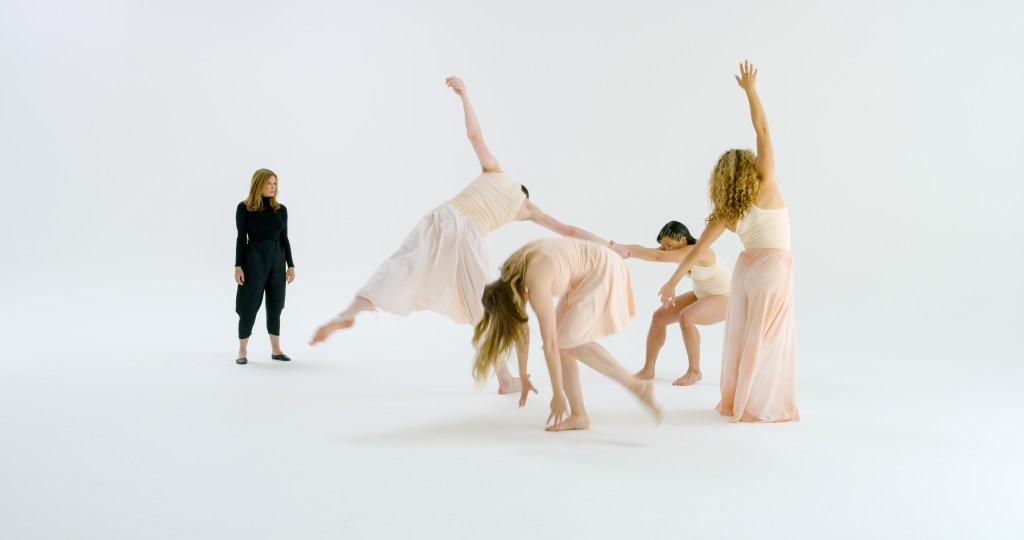 “Badassery — We the People,” 2019. Performance series by Suzy Kellems Dominik. 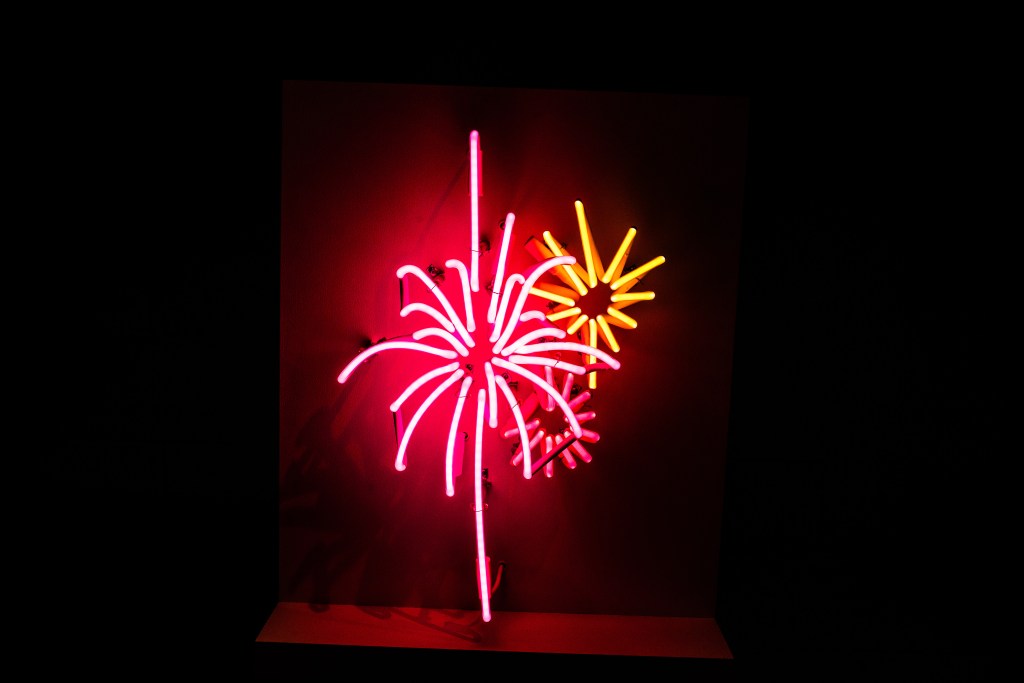 “I Can Feel”  Madison McGaw/BFA.com/Courtesy of SKD Studio

Luca Missoni to Unveil Photo Book About the Moon

The Six Books We’ll Be Reading This Fall