Morrone stars in Attanasio's "Mickey and the Bear" as the daughter of a veteran in Montana.

The morning after the SXSW premiere of their film “Mickey and the Bear,” Camila Morrone and director Annabelle Attanasio were feeling great, if not particularly well rested.

“I just slept 11 hours, so I feel great,” says Morrone, while Attanasio smiles knowingly across the table at the W Hotel. “I did not sleep 11 hours, but I feel pretty good.”

She had good reason to feel positive; early reviews were starting to trickle in, and so far, so good for the first-time feature writer-director. But for Attanasio, one of the most rewarding takeaways from critics is a recognition of her film’s star. “You know, Cami’s magnificent and there’s no real denying that,” she adds.

Morrone laughs from across the table. “Until someone does later.”

The film also represents a career milestone for the 21-year-old actress; it’s her third feature and first time carrying a movie. (Her second project, “Never Goin’ Back,” screened at SXSW last year and was colead by Maia Mitchell.)

Attanasio was inspired to write the script after receiving a grant four years ago to do research anywhere in the U.S. Interested in exploring veterans’ stories and secondhand PTSD, addiction and trauma, she set her sights on Montana, specifically in the off-the-grid town of Anaconda.

“Anaconda is a bit of an untapped territory and this movie is an immersion into Anaconda life, Anaconda spirit, Anaconda history,” Attanasio says. The story follows titular character Mickey as she navigates her relationship with her veteran father and boyfriend, and the choice of whether to stay put or leave her secluded hometown.

“There are so many elements to what made Cami the ideal and obvious choice for the role,” Attanasio says. “Cami’s an incredibly smart individual, and she is a take-no-prisoners kind of person so she can internalize something someone says within a nanosecond and flip it on its head. And she had the humor that a lot of people were missing,” she continues. “We both relate to this story on a cellular level. We both know what it’s like to kind of have to be that stoic member of your family and hold people up.”

Unusual for small budget films, they were able to rehearse on location for a week prior to shooting. Morrone credits Attanasio, who was a child actress before she was a director, for her ability to empathize with the process and create an environment that allowed the story to organically develop once the cameras started rolling.

“Being an actor, you know what it feels like to be directed, so when the chance comes for you to direct someone else, you know how to approach an actor without scaring them off, without making them clam up, without making them feel insecure, without getting them in their head,” Morrone says. “It’s just so easy to get insecure, and I think that Annie has a really good way of being like, ‘That was awesome, but let’s try it like this.’”

“We did a lot of very long takes where we didn’t cut, and Cami could go back and forth within scenes and we would just kind of do the scene, go back, do the scene and do little notes in between, but never stop rolling,” Attanasio adds. “It was a nightmare I think for our editor to kind of parse the takes, but I think that was a big part of my process with the actors. The second that you cut, everything falls apart, so we did a lot of that to try to kind of keep the magic going, keep the illusion going, keep the scene going.”

Attanasio has already started writing her next feature to direct, but stops from saying too much because the script is, as she puts it, “a fetus right now.”

“Am I going to be hired for your next feature?” inquires Morrone.

“Of course. I would work with Cami any day of the week,” Attanasio says.

Morrone smiles. “So that’s my next project.”

SXSW 2019: Nina Dobrev on Women in the Workplace and Writing Rom-Coms

SXSW 2019: Desi Lydic Wants You to Talk About Gender 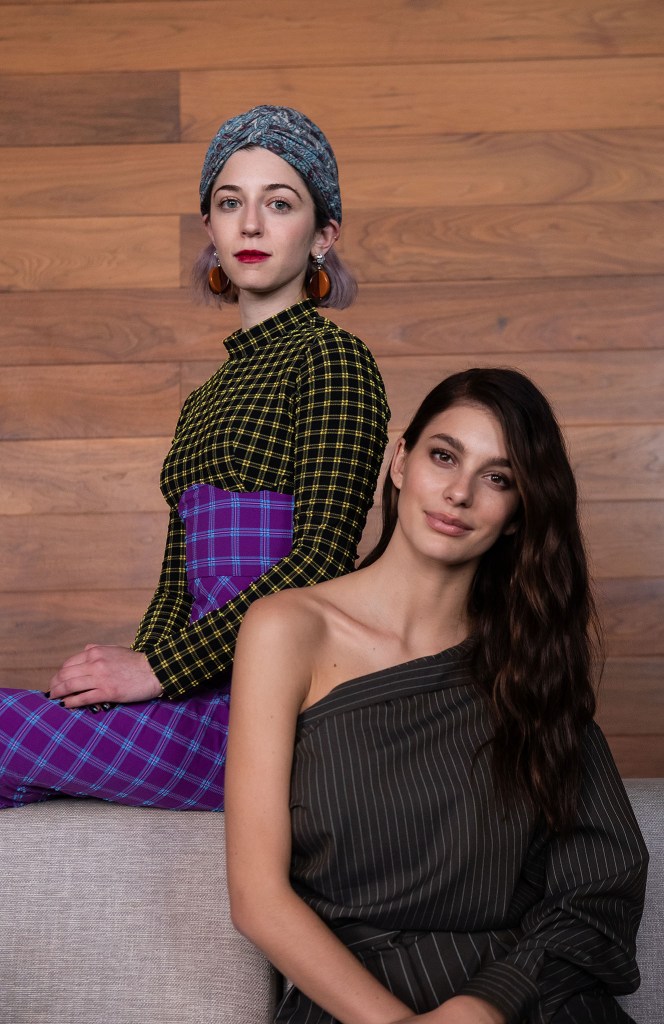