Included in a new exhibition "Murakami vs. Murakami" are highlights of the outrageous outfits the artist has created over the years.

Takashi Murakami and his stylist, Kazuki Yunoki, at the JC Contemporary gallery in Tai Kwun.

HONG KONG — For the first time, Takashi Murakami has included some of his fantastical costumes as part of a new exhibition at Hong Kong’s Tai Kwun Contemporary.

The prolific Japanese artist agreed to show the eight outfits at the request of Tobias Berger, head of art at Tai Kwun, who put together a major survey of the artist’s work and the first in Hong Kong. Titled “Murakami vs Murakami,” it is an immersive experience filling the all of the JC Contemporary galleries and featuring more than 60 paintings and sculptures, plus drawings, video, and wall and floor art.

“I think we just were the first ones who had the guts to ask him,” Berger said, and it seems his timing was perfect.

Berger wanted to show the costumes as part of the exhibit because they form a unique way for Murakami to express himself and to move into different identities. Drawings of the eight costumes are also displayed.

“Everything in Takashi’s production really involves a lot of preparation, a lot of detail, a lot editing and over-editing, and this is what makes it so interesting,” Berger said.

They had intended to show the costumes on generic mannequins, but Murakami insisted on designing his own, in his image.

“So you see that every pose, every face, every mannequin is handmade just for that one costume, so it becomes one big exhibition, and one big work,” Berger explained. 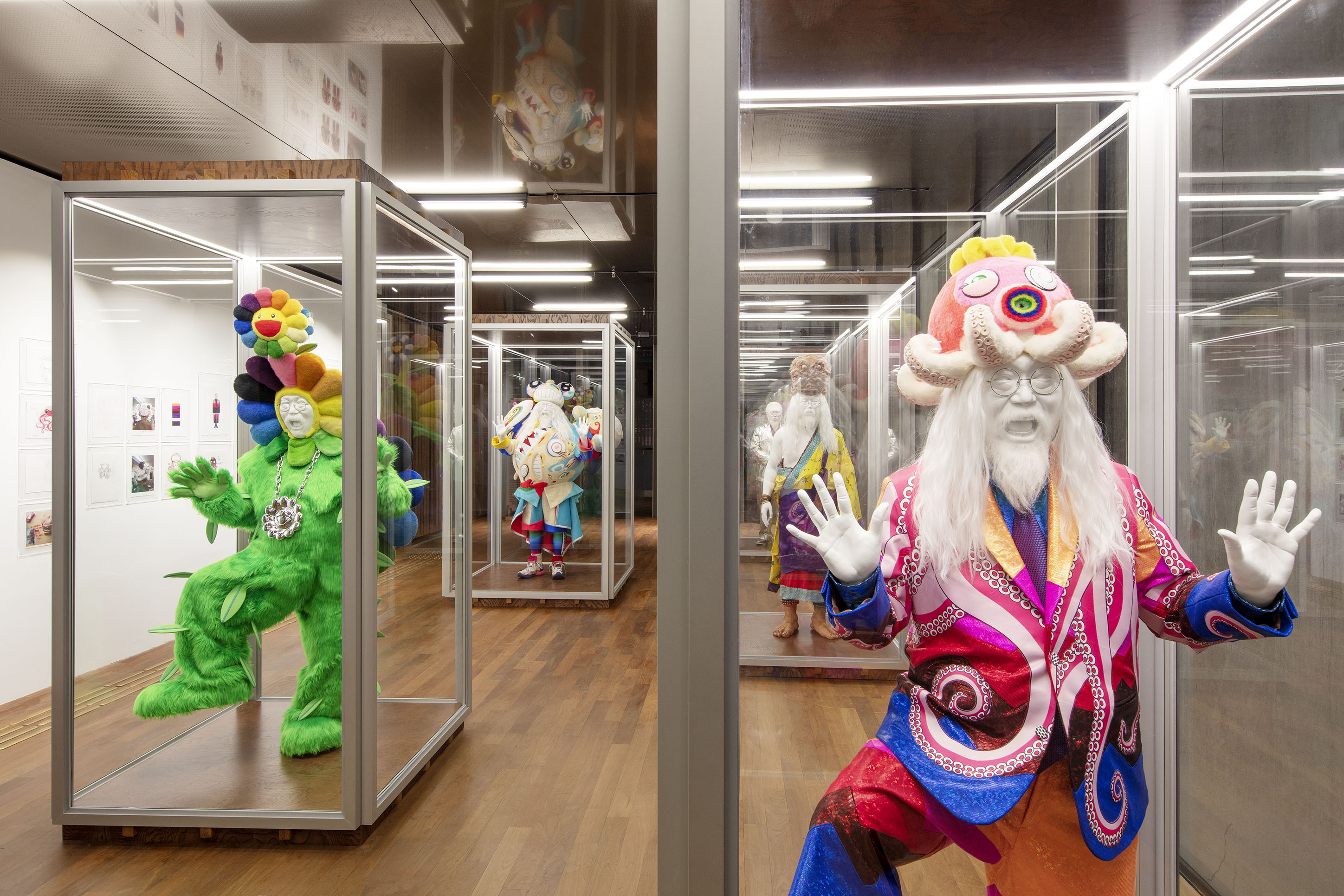 While Murakami said he had many more costumes, the eight that were chosen were “very, very different and attractive.”

He creates themed looks for each new show, collaborating with stylist Kazuki Yunoki since 2004.

Kazuki, whose work is mainly in advertising and commercials for major brands like Shiseido and Coca-Cola, has developed more than 20 costumes with Murakami over the past 15 years, designing and producing them herself. Murakami designs the hats himself.

The costumes included in this show were designed for exhibition openings at Tokyo’s Mori Art Museum in 2015, Gagosian New York in 2014, MCA Chicago in 2017, and Design Miami in 2008. The others were worn in the 2010 Macy’s Thanksgiving Day Parade, on a 2011 cover of Bijutsu Techo Magazine, and two are from ComplexCon 2018

Murakami showed up to the Hong Kong press conference to open this exhibition in a costume that was themed on the idea of “painting.” Murakami had requested that she use fabric on which he could paint.

Coincidentally, at that time, his team was working on a massive new painting for the exhibit, and the jacket that he wore became an extension of that painting. 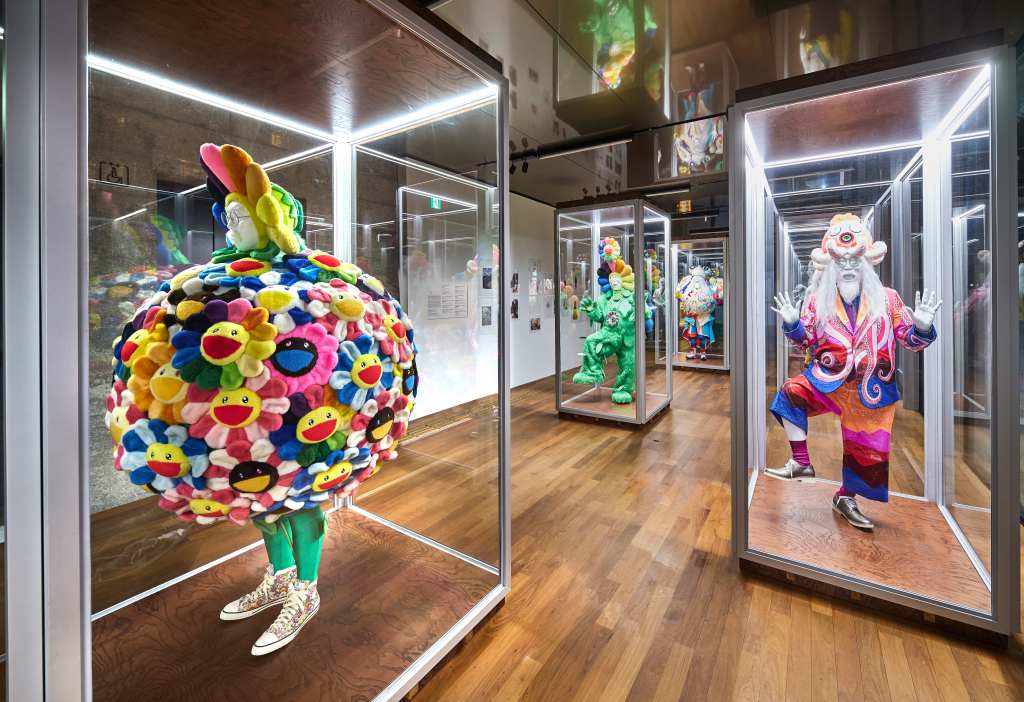 The exhibition runs until Sept. 1.  Courtesy

In addition to the costumes, highlights include the first public showing of the long-awaited “The Birth Cry of a Universe,” a 15-foot-tall gold-leaf clad sculpture 14 years in the making, and, from Murakami’s extensive private collection, a selection of pieces by postwar artists whose work has influenced him.

The three-month exhibition runs through Sept. 1, and includes a range of programming, including talks, screenings of Murakami’s videos, and other events, and a pop-up store will include merchandise made exclusively for the Hong Kong exhibition.