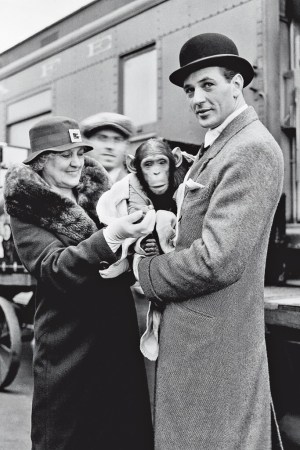 It may be the chicest family photo album ever assembled.

The sepia-tone images were shot mainly by Cooper’s wife, Veronica, a New York debutante nicknamed “Rocky,” who carefully preserved them in albums with handwritten notes on where each photo was taken, according to Cooper Janis, the couple’s daughter. Boyer, a longtime fashion journalist, notes how Cooper “so adroitly combined the down-to-earth touch of the common man with the sharp elegance of a film hero.”

With a foreword by Ralph Lauren, the book shows him fishing, shooting a pistol and horseback riding—always with impeccable style. Nor did it hurt that, as designer Bill Blass is quoted as saying, “He was the best-looking son of a bitch who ever lived.”