The biographer has spent a healthy chunk of the last 30 years chronicling the life of Theodore Roosevelt. 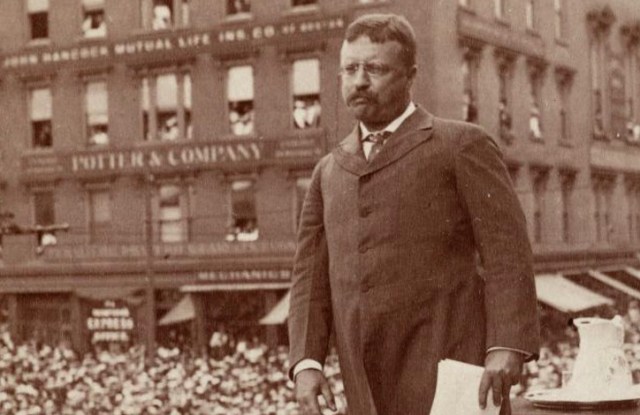 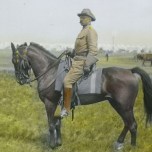 Starting with 1979’s Pulitzer Prize-winning “The Rise of Theodore Roosevelt,” biographer Edmund Morris has spent a healthy chunk of the last 30 years chronicling the life of the 26th president of the United States. The latest and final of his three-volume portrait of Roosevelt, “Colonel Roosevelt,” follows the ex-president through his final decade as he goes on a post-White House safari in Africa, makes an unsuccessful bid for a third term in 1912 (and is the target of an assassination attempt) and watches from the sidelines as the United States enters into World War I. WWD spoke to Morris about the always manly and often wonderfully complicated style of, as the author calls him, “T.R.”

WWD: Where did Roosevelt get this idea of himself as sort of an ultramasculine character?
Edmund Morris: Well in the first place, he had all the ancestral requirements. He was a Knickerbocker and he was born to privilege so he took that for granted. He was a Harvard gent, but his physical endowment was so threatened as a child — doctors figured he was not going to last beyond his third birthday: asthma, heart problems and all the rest. So he had to build his body up. He had no need to build up his self-esteem but he had to build up his body, which he did over a process of many years. It’s really not until his mid-20s that he got himself the equipment, physically, that he needed.

WWD: What was that equipment?
E.M.: Well, it was a huge chest and a robust body. When he was shot in 1912, the doctor said that he had never seen such a powerful chest on any patient. His musculature was part of what saved him. To have built up this mass of bone and muscle out of a really pathetic inheritance was quite an achievement.

WWD: There’s the physical aspect of it, but there’s also his robust sense of adventure. Was that characteristic of men of his class at the time or was there something self-made in that as well?
E.M.: To a certain extent it was typical of upper-class WASPs of that period. They were expected to be virile hunters and explorers: gentlemen adventurers. He certainly personified that sort of ideal, but what differentiated him from the rest of them was that he was never content just to be the gentleman playboy. He believed that he ought to fight for a position in government and actually start controlling the affairs of men. He very much wanted to be a leader and he was never happy unless he had total power.

WWD: Did Roosevelt’s adventuring ever inform his style of dress?
E.M.: Oh, he was a major dandy when he was very young. He showed up at the New York State Assembly on his first day on exactly the same day that Oscar Wilde arrived in the United States. There were a lot of caricatures and news comments in the press of this dandified young representative from the “silk stocking district.” So in those days, T.R. was rather conscious of his appearance, but as soon as he went west to be a cowboy four years later, he began to lose interest in the way he looked. Although even when he was there, come to think of it, he took great pride in his custom-made buckskin suits and wanted to be photographed in them for his first book, “Hunting Trips of a Ranchman.” Even as late as his Rough Rider period, he was getting his uniforms tailored by Brooks Brothers. But as far as elegance is concerned, and fashion, he completely lost interest in that when he went out west in the mid-1880s. And for the rest of his life was really unconscious of what he wore. He just dressed comfortably.

WWD: In reading the prologue [which chronicles Roosevelt’s post-presidential hunting trip in Africa to collect specimens for the Smithsonian], it’s hard not to think of some political pageantry that we’ve seen on TV recently. Any thoughts on what Roosevelt would have made of “Sarah Palin’s Alaska”?
E.M.: Oh, I don’t really like to speculate on things like that. He’s long dead. I can only say that one thing he always recoiled from was vulgarity. And he was by no means a populist. She appeals to a kind of lower strata of society than the strata he addressed. He was very middle class in his morality and his ideology. He did not have any particular interest in or compassion for the lower orders. He believed that government was the province of the elite.