The show, spanning 60 years of the photographer’s work, is a look back on some horrific moments from the 20th century. 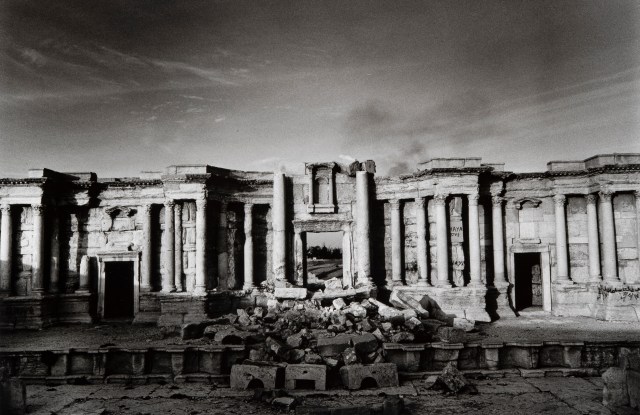 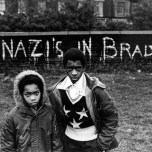 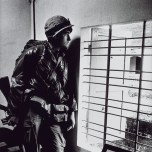 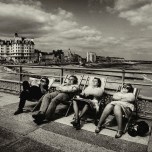 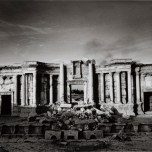 LONDON — Two and a half miles and a world away from the new Dior exhibition at the Victoria & Albert is another museum show that examines a great swath of 20th-century history. But unlike “Christian Dior: Designer of Dreams,” which opened on Saturday in a blaze of silk organza and bright florals, Tate Britain’s major retrospective of photographer Don McCullin’s work is as dark as it gets.

McCullin, who was born into poverty in North London and knighted in 2017 by Queen Elizabeth, must have the stiffest upper lip in all of England, spotting and snapping scenes that would make most people flinch, or cry, or hide their eyes.

Over the past 60 years, and counting, he’s shot scenes of biblical horror: bloodshed in Cambodia, Biafra, Cyprus, Congo, Lebanon, Iraq and, most recognizably, Vietnam — the latter seared into the minds of a generation of Americans. Among the images in the Vietnam room is McCullin’s iconic “Shell-shocked U.S. Marine, The Battle of Hue” from 1968. In the caption, McCullin points out that the young man holding his gun upright was so stunned that he didn’t blink once as the shutter clicked repeatedly in his face.

McCullin has snapped the oppressed, the starving, the diseased, the criminal and the mentally ill from Britain to South Africa to the Middle East and India. Even his recent landscape shots of Somerset, England, with its rolling hills and elegant Georgian architecture, look grim and foreboding through the photographer’s lens.

“Really, the sky isn’t always black in Somerset and the trees don’t always look like they’re from Harry Potter,” says Simon Baker, one of the three curators of the show, along with Aïcha Mehrez, and Shoair Mavlian. Baker says McCullin lives year round in Somerset, but refuses to snap any pictures in the summertime when the sun is shining and the birds are chirping.

“An avid, expert landscape artist, he waits until winter — when it’s sufficiently gloomy — to shoot. He is always wringing every drop from his subject, and he attempts to make the most powerful image, no matter how difficult. These are very, very tough pictures — and he has carried on making tough pictures.”

Baker spoke during a walkthrough of the show, which features 250 images reprinted in gelatin silver by the 83-year-old McCullin, who has always been adamant about developing his own photographs. “Don talks about printing darker and darker, which speaks to the empathy he has always had for his subjects,” adds Alex Farquharson, director of Tate Britain. The show kicks off Tuesday and runs through May 6.

Brave, driven and big-hearted, McCullin has embedded himself in war and conflict zones, dodged mortar fire and, crucially, won the trust of his subjects by empathizing, spending time with them and looking them in the eye before snapping their picture.

The images in this show are shocking and stunning, and it’s a great relief to know that McCullin was able to give so many people a voice, and keep certain moments — however horrific — alive. Some of the images come from his efforts to document child poverty in Britain or his work for Christian Aid, the poverty-fighting charity, covering the AIDS pandemic in Zambia and Botswana.

There is wonder, and beauty here, too: Smiles, relief and puzzlement on the faces of West Berliners as the great wall comes down; the Pushkar camel fair in India; the ancient Roman Arch of Caracalla in Morocco, and what are now the ruined Roman arches of Palmyra, Syria, destroyed by the Islamic State.

McCullin’s quotes pop on walls throughout the show. Among the greatest is how the photographer — who has witnessed far too much — has found peace.

“So, there is guilt in every direction: guilt because I don’t practice religion, guilt because I was able to walk away while this man was dying of starvation or being murdered by another man with a gun. And that I am tired of guilt, tired of saying to myself: ‘I didn’t kill that man on that photograph, I didn’t starve that child.’ That’s why I want to photograph landscapes and flowers. I am sentencing myself to peace.”