Tatiana Maslany on the ‘Shocking’ Relevancy of ‘Perry Mason’

A still from the show.

When “Perry Mason” premiered on primetime TV in 1957, the legal drama became a Hollywood success, running for nine seasons. However, like many of her contemporaries, actress Tatiana Maslany had never heard of the show before signing on to star in HBO’s reboot. “My dad was very excited — he said, ‘I love that theme song,'” says Maslany, referencing the show’s iconic and enduring dramatic score.

An attempt to re-create the series in the Seventies flopped, but a series of made-for-TV movie sequels kept the flame of the show’s legacy going from the mid-Eighties to mid-Nineties. HBO’s reboot, a prequel of sorts, has reinvigorated interest in the iconic gumshoe: the show’s June 21 premiere was the network’s most successful, in terms of viewership, of the past two years.

Unlike the original series, which centered on a different case each episode, the reboot explores one central murder mystery. Through its stylish miniseries starring Matthew Rhys as the titular character, HBO has taken the show’s general premise and made it relevant for 2020. Not that they had to try too hard to make the bridge: the show is set in Great Depression-era Los Angeles, but swap out the pretty period costumes and you have a slate of themes relevant today ⁠— police corruption and distrust, racial injustice, misogyny.

“As much as it’s a period piece, and as much as that can feel distancing, the show feels contemporary,” says Maslany, whose character, Sister Alice, was introduced in the most recent episode.

There are new characters and old ones tweaked for a new storyline, such as that of P.I. Paul Drake, originally played by William Hopper, who in the HBO version is instead a Black police officer navigating corruption and racism in the department. “The fact that these themes are shocking and relevant today is not a surprise to most people of color or Black people,” says Maslany. “And that’s really on me to have been surprised.”

Maslany’s character is a new introduction for the series. The ethereal and strong-willed Sister Alice is a theatrical megachurch preacher who was based on Aimee Semple McPherson, founder of the Foursquare Gospel Church in Echo Park. Maslany revisited some of those sermons and stopped by the church when preparing for the role. “On a micro level, Sister Alice is fighting to have a voice, and she’s being controlled by a system that’s based on money and based on ratings,” says Maslany. “She’s someone who holds so much power, and zero power at the same time.” 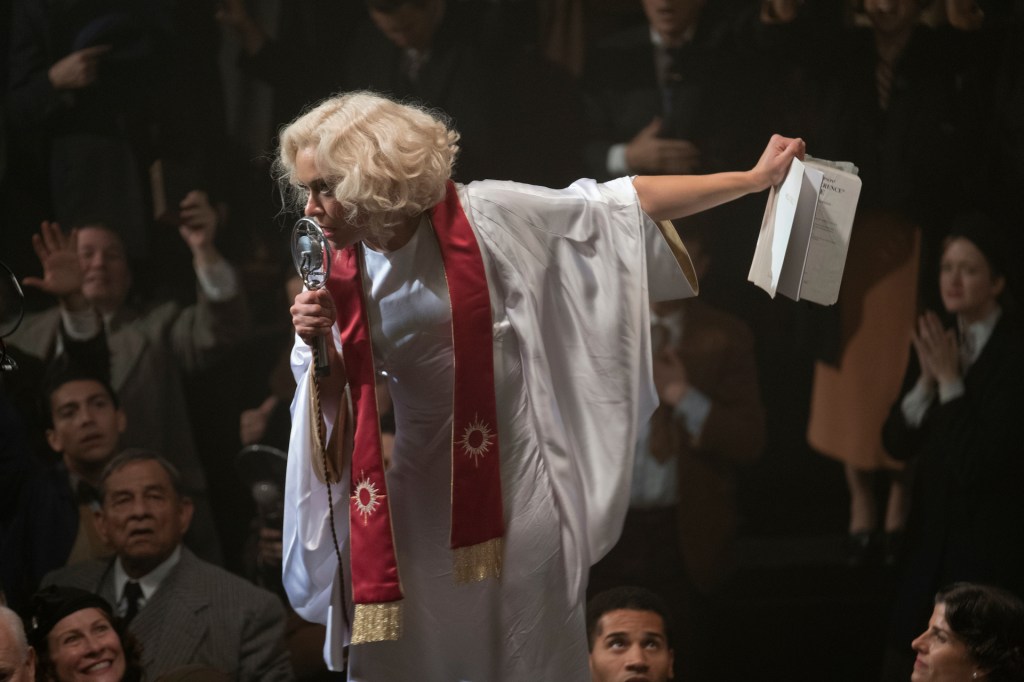 A still from the show.  Courtesy

Maslany has an upcoming project (she can’t yet discuss it, as par for the course), but with productions on hold, work has been nebulous for most actors. She’s turned her focus, instead, to activism. The actress won a Primetime Emmy Award in 2016 for her multi-character portrayal of various clones on “Orphan Black,” with several of her characters particularly resonating among the LGBTQ community. In May, she organized a charitable digital table with the sci-fi show’s former cast to raise money for LGBTQ charities. “We’ve always been protective of them,” says Maslany of the show’s #CloneClub fanbase. “The administration is still seeking to remove the rights of LGBTQ people, transgender rights, Black trans women are being killed, Black trans men are being killed and forgotten. The fight has to continue.”

Save for one promo post tied to the show’s premiere, her social media presence has been focused on civil rights issues; she participated in the #PassThePlatform social media initiative, which aims to give voice to young activists through celebrity accounts. Still fairly new, the initiative’s dozen participants so far have also included Natalie Portman, Cara Delevingne, and Demi Lovato.

In early June, Maslany attended the city’s Pride March and joined Black Lives Matter protestors on the streets in Los Angeles. The past month has been a reckoning for many to interrogate their own privilege and role — even if passive — in the systems that have allowed racial injustice to go unchecked; Maslany notes that she is no exception. 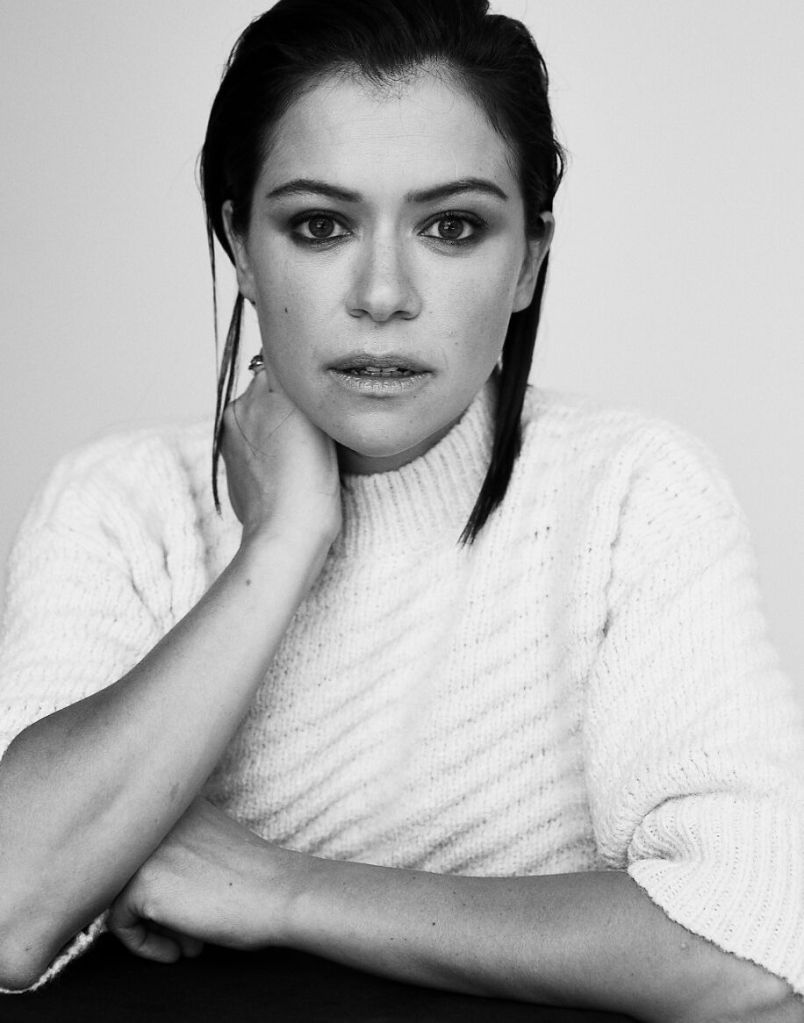