Taylor Kitsch, Inside the Mind of David Koresh 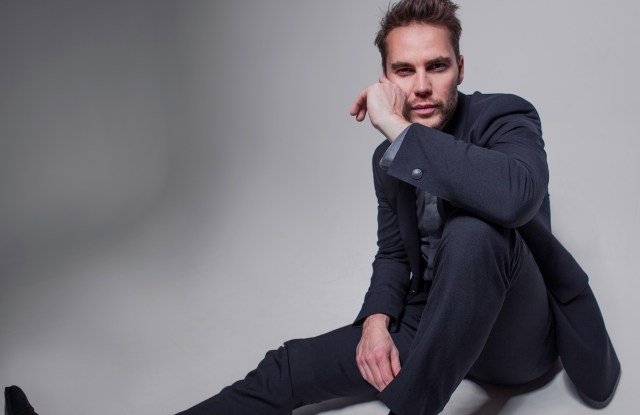 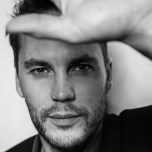 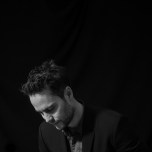 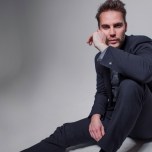 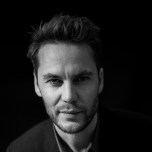 “It’s funny — I’ve only told one other person this,” says Taylor Kitsch, reclined on a red love seat in the back of a photo studio, having come straight from the latest stop on his press tour: ringing the opening bell at Nasdaq.

Kitsch launches into the story: It was the fall of 2016, and the actor had just signed on to portray infamous cult leader David Koresh in “Waco,” a miniseries recounting the 1993 Waco siege and 51-day standoff between the FBI, U.S. Bureau of Alcohol, Tobacco, Firearms and Explosives and the compound of Branch Davidians led by Koresh. The compound ultimately burned down, killing the majority of members inside; like anything else involving the government, the events have inspired a fringe of conspiracy theories. Kitsch was attending the annual Austin City Limits Music Festival with some of his buddies, when he happened to overhear a conversation between a group of pedicab drivers, waiting for potential fares outside the festival.

“Not a word of a lie, this guy was going on a tangent about how it was a conspiracy, and never happened — this whole thing never happened. This was completely by random,” Kitsch says. “He had no idea of who I was or anything; he was just randomly talking about it. And I just stood there for 45 more seconds, more in disbelief but also super curious. And obviously he was so…with pure affirmation, trying to bring it home, and I was just like well, that alone is a huge reason to tell this story. There are people who think that it was just a facade of some sort.”

The actor, who came on to the scene in 2006 in the role of Tim Riggins in the beloved “Friday Night Lights,” stars in the Paramount Network’s inaugural show, kicking off the re-branding of what was formerly Viacom’s cable channel Spike. While the conspiracy angle isn’t explored, the six-part miniseries is told from two points of view, based on books by David Thibodeau, the drummer for Koresh’s band and one of the few Branch Davidian members to survive the fire, and FBI negotiator Gary Noesner. Both men — portrayed in the show by Rory Culkin and Michael Shannon, respectively — were on set every day during the show’s filming.

“You see the process on both sides,” says Kitsch, who notes that Thibodeau’s presence was particularly helpful for capturing the essence of Koresh.

Not on set? Harvey Weinstein, who was formerly an executive producer for the show in a non-creative capacity; his involvement has since been scrubbed from the project. Kitsch, who notes that he never met or talked to Weinstein during the filming process, also stepped into a producer role for the show, which allowed him a louder voice in the creative process. He was the first actor cast in the series, and met with series director and writer John Erick Dowdle — who had spent four years researching the incident — weekly to discuss ideas and suss out many of the “whys” for the cult leader.

Kitsch was only a 12-year-old living in Canada — he was born and raised in British Columbia — when the original events unfolded, and preparation involved filling in the gaps.

“All I remember is just the last visuals of the compound in flames, to be honest. And I don’t even know if I really remember that,” the actor says. “I think that’s a good thing too in a way, to try to come in with the cleanest slate possible instead of having all of these ideas of what happened,” he adds. “We as viewers were in the dark of what really happened.”

His preparation ranged from listening to hours of recruitment tapes, the negotiation tapes with Noesner and exploring the details of his childhood. “It’s a heightened responsibility when you take on these roles because people who don’t know Dave at all are going to use my portrayal and make a decision on what he was,” Kitsch says.

Kitsch’s physical portrayal involved shedding 30 pounds and donning Koresh’s wire-framed aviator glasses and unruly mullet. “I think every actor kind of lives for those moments, when you’re unrecognizable and you can just go into this whole different world. It’s kind of why you do it,” Kitsch says.

A still from the show.  Photo by Santa Fe Studios/Kobal/REX/Shutterstock

Perhaps fortunately for Kitsch, the mullet was a prop — albiet one that took an hour and a half to put on — allowing him to quite literally slip out of character after filming. Still, it took the actor awhile to transition back into the real world.

“It took a good two-plus months to truly come back and feel comfortable in my own skin and gain the weight and get back to feeling like me again,” he says. During that time, he went on long motorcycle rides, with a friend and also solo, traveling through Montana, Northern California, Wyoming and Utah.

“That helped, because to integrate right away,” Kitsch snaps his fingers, “right back into being in the public, was no bueno for me.”

His future plans involve more traveling — he has plans to go through South America with a friend in a month — and even sooner than that, is headed to Tampa, Fla., this weekend for the NHL All-Star games. Despite his breakout role on “Friday Night Lights,” where he developed his own cult following, Kitsch comes across decidedly down to earth. Someone you might want to go fishing with, even, if ever you happen to be passing through Austin, where he lives outside of the Hollywood bubble. He won’t be “chilling out” for too long, though; later this year, he hopes to shoot a full-length feature film that he wrote, which would mark his directorial debut.

“It took me a few years to write the script, and it’s just a story I have to tell,” Kitsch says, clearly amped on the prospect. “It’s not letting me go.”

Wherever his travels take him, he makes sure to never leave home without a camera; on a recent ride through the American West, he captured sunsets and sunrises from his motorcycle, which helped him to decompress post Koresh.

“There was one morning, we were in Whitefish, Montana, which is like north, north, north of Glacier National Park,” he recalls. “There’s this world-renowned road called Going-to-the-Sun Road — it’s just stunning, even if you just Google image it, it’s amazing. And we woke up at 3:45 in the morning and rode in the dark and got in the park at four-something. The park was literally just empty — and this is a huge, huge national park — and we just hit that road. We were the only ones on that road for over an hour, with the morning sun. And I’ll never forget it. Those things help.”