The "Gossip Girl" actress turned rock 'n' roll frontwoman had her world crash down in 2017. Crediting music with saving her life, she opens up about her band's newest record.

Taylor Momsen thought she had it made. It was 2017 and the rock band she formed in 2009, “The Pretty Reckless,” was officially making it in the music world as a serious contender, having snagged a spot touring the U.S. as the opening act for Soundgarden, one of her all-time favorite bands. She was the happiest she’d ever been.

The band was in Detroit for the tour’s show there when they got the call that Chris Cornell, Soundgarden’s frontman, had killed himself overnight. Everything came to a halt.

“I was certainly devastated like I think a lot of people in the music world were. But it was something that I didn’t really know how to wrap my head around,” Momsen says, calling from her house in Maine, where she’s holed up at the moment, taking a break from New York City. “I wasn’t emotionally prepared to handle that.”

She canceled everything and headed home to try and process the loss in private. Writing soon followed, as music has always been her method of making sense of things, and she called their longtime producer Kato asking to get studio time. As those plans were coming together, she got the call that Kato had been killed in a motorcycle accident.

“And that was really kind of the nail in the coffin for me. I spiraled very quickly downward, very quickly into this very dark hole of just depression, substance abuse, and everything that comes along with grief, trauma and loss,” Momsen says.

Music, as cliché as she knows it is, is what pulled her out of her depression: she credits rock ‘n’ roll with saving her life.

“I finally got to a place where I could listen to music again and I asked myself, ‘What was the thing that you fell in love with? Where did this all start?’ And I did a lot of soul searching and I started at the beginning because when you lose everything, that’s really what you have to do,” she says. “You have to go back to the beginning.” 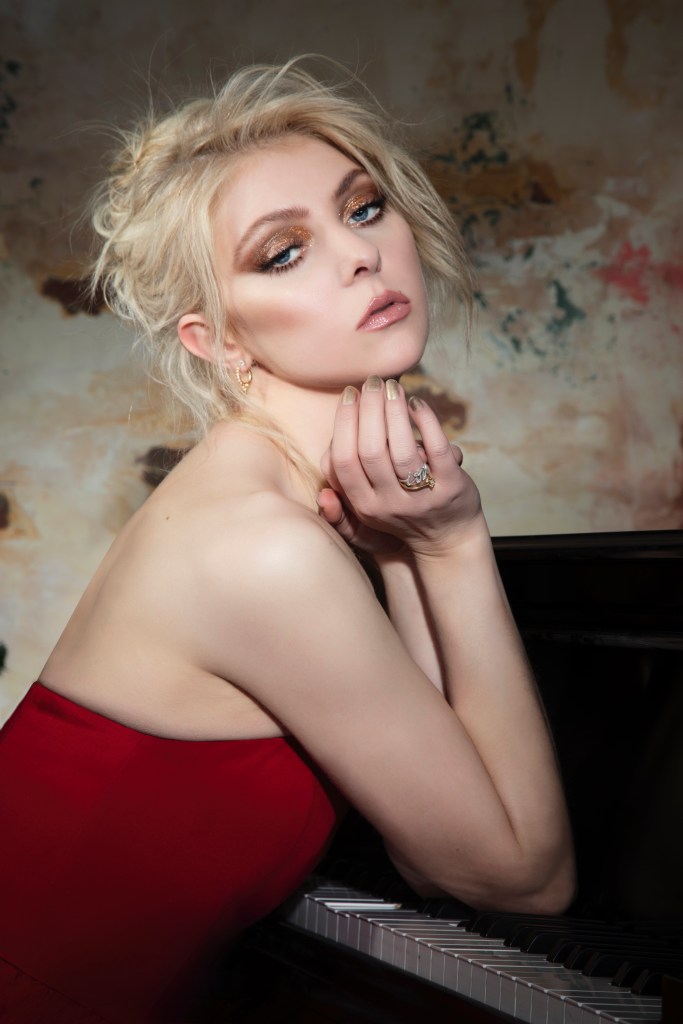 For her, that was listening to The Beatles, the first band she fell in love with, before moving on through Led Zeppelin, Pink Floyd, The Who, Neil Young, Jimi Hendrix, Bob Dylan, Eric Clapton and, finally, Soundgarden. And by then, she was ready to start writing again.

“By going through my musical history, and kind of relearning everything again, that eventually led to me picking up a guitar and starting to write this record, which really is where I credit the healing,” she says. “It was really where the healing began for me.”

The band’s first album since 2016, “Death by Rock and Roll,” is out today, and is the first album Momsen says she didn’t have to try to write; instead of waiting for inspiration to strike, she had an “abundance” of ideas.

“It was like the world had just smacked me in the face with a brick and it was like, ‘Here Taylor, you wanted something to write about. Go,’” she says. “Because this record kind of just flowed out of me almost stream of consciousness style. And that really was the beginning steps of me starting to put the pieces of my life back together. I call this album a rebirth for not only me personally, but just for the band and for everything in general. It feels like the first album in so many ways because we lost everything. So we really had to start from scratch and completely start from the beginning again. It’s a strange thing to be given. In one way, it’s almost a gift, but it also feels like a curse. And it’s just this kind of weird balance. Life is weird. It throws you curveballs and I have to tell you, I think it’s how you come out of them that defines you.”

The Pretty Reckless are the first female-fronted band to have back-to-back number-one singles, having broken their own record. Momsen says she’s amazed they’ve been able to touch this many people but it isn’t what motivates her; in many ways, she was freed from that pressure when she left behind acting for music.

“Commercial success is fantastic, and it allows me to keep doing this and have it be my only job, which is amazing. And I’m so, so fortunate for that, but it’s never really my goal. When I’m making music, I’m simply making it for myself because it’s the one place that I can really be me and it allows me to truly find my center and my balance in life,” she says.

A child star who found fame first in “How the Grinch Stole Christmas” and later, of course, in “Gossip Girl,” Momsen never felt that freedom when she was acting.

“Acting is something that I was put into at a very young age and it was a fine job, but it was simply that, it was a job. I mean, I was saying someone else’s words and playing a character. And I was a kid,” she says. “When I got to an age where I could make my own decisions finally, and I realized that I didn’t have to do this other job and I could simply just pursue music and just do the thing that I loved, I quit everything else. So there really is no comparison, at least for me. One was a job that I did when I was a child, and one is something that is my whole identity and something that I hope to do for the rest of my life.”

That said, she does plan to check out the reboot of “Gossip Girl,” just for curiosity’s sake.

“I’m curious to see what they do with it. I know that the show, looking back on it now, had such a cultural impact that I don’t think I was really aware of at the time. I was in the middle of it, so I didn’t see it from an outside perspective. And also, I was just so young,” she says. “So it’ll be interesting to see how they take that story [into 2021]. I mean, it was so technology-based at the time. We always had the new cutting-edge phone; every season, every character would get a new phone. I remember in the beginning the Razr was the cool thing. And now with social media and the way technology has just moved so quickly and the way people live their lives basically online all the time, I’m curious to see how they take the show and translate it into 2021.”