Taylor Russell Makes Her Own Waves

The breakout actress, and relatively Hollywood newbie, steals the show in "Waves." 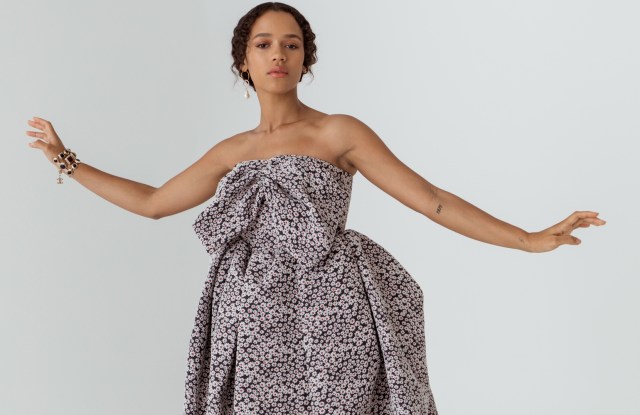 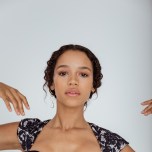 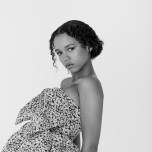 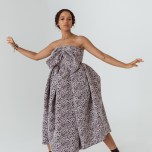 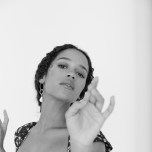 The notion that she has a stylist makes Taylor Russell giggle. She attended the Governors Awards a few nights prior, dressed in a black velvet Miu Miu gown with sparkling neckline detail, procured for her by famed celebrity stylist Leslie Fremar — and looked every bit the part of rising Hollywood fashion darling. It all still seems a bit “pinch me” to Russell, who recounts the experience with can’t-believe-my-luck earnest.

As breakouts go, Russell better get used to it (and Fremar, for that matter). The 25-year-old Canadian actor who until now is best known for the Netflix horror drama “Escape Room” and being a fresh face at many a fashion front row, is earning praise for her role in “Waves,” the powerful drama out Friday from the young “It Comes at Night” director Trey Edward Shults.

Russell was born in Vancouver and moved to Toronto at age six, before bopping back to Vancouver after a few years. “That was just our family,” she says of the moving about. “I felt like we were a traveling band of people. I wish we were a singing band, but we weren’t.”

She moved to Los Angeles at age 20 and New York earlier this year, but still identifies as a Pacific Northwest girl at heart.

And it shows: She has a sweetness and wide-eyed wonderment for the world — and greets with a hug — that is definitely not native to a New Yorker. Or maybe her innocence is a product of her relative newness in Hollywood. Unlike many of her ingenue peers, Russell did not spend her childhood in auditions, and didn’t take an acting class until she was 18. She had wanted to be a ballerina for most of her life, but bad knees prevented that from becoming a reality.

Russell had always loved movies, though. “I would watch movies, and then I would go to my room and I would recite what I remembered from the movie. And I did that for a very long time,” she says. “I think I was always interested in acting…I think it’s always been there.”

Russell didn’t go to university, and instead kept at it with acting courses, eventually getting an agent in Vancouver. Much of the work locally was for CW shows or Lifetime movies, which is where she found herself auditioning. She appeared in the 2018 Netflix sci-fi series “Lost in Space,” which she considers her first proper role.

“That didn’t come until I had been grinding, trying to get parts for a couple of years, at least four years, by that point,” she says.

The part in “Waves” came via a FaceTime with a mutual friend of Kelvin Harrison Jr., who is the film’s star and who plays her brother.

“He like walks into the FaceTime and he said, ‘Hey, I’m doing this movie called ‘Waves.’ You look like you could play my sister,’” she says. “And I just really didn’t think much of it at that point. But I went home that night, and I had an e-mail in my inbox from my agent related to Kelvin for ‘Waves.’”

“Waves” is based on Shults’ life, a project he’s been developing for several years. After working with Harrison Jr. on “It Comes at Night,” he wanted to work with the young actor again and so changed the main character to be a young black man (Shults is white) and began working on the script with Harrison Jr. to more truthfully tell the story of an African American family.

The film is at once incredibly beautiful and deeply heartbreaking, the kind of movie where the audience sits in silence for several moments after the final credits and the kind of tumbling plotline that lingers with you for days. It follows a black family in suburban Florida who, in the aftermath of a tragedy, are forced to look truthfully at themselves, and figure out how to heal and move forward. Russell plays Emily, the family’s younger daughter, who occupies much of the second half of the film.

“She’s the lost child in her family, and she’s definitely quiet, and a little bit of a loner in the background,” Russell says. “[To prepare] I was reading a lot of poetry and listening to a lot of music, a bunch of different things. But I think a lot of my practice was in this poem called ‘Wild Geese’ by Mary Oliver.”

Russell looks up to actresses like Amy Adams and Laura Dern, and is in talks for several projects at the moment, seeing where things take her. Her general attitude of patience, hard work and trust has worked out well for her thus far, and it’s the same intuition she speaks of when describing why she connected with the role of Emily.

“I don’t even fully know if it’s something conscious. There’s so many aspects of her personality that I have, and especially when I was at that age, but I think it’s just something that you can’t really put your finger on,” Russell says. “It’s like an unspoken thing; it’s like a relationship with a different person. You don’t necessarily know exactly what it is, but you just know you connect.” 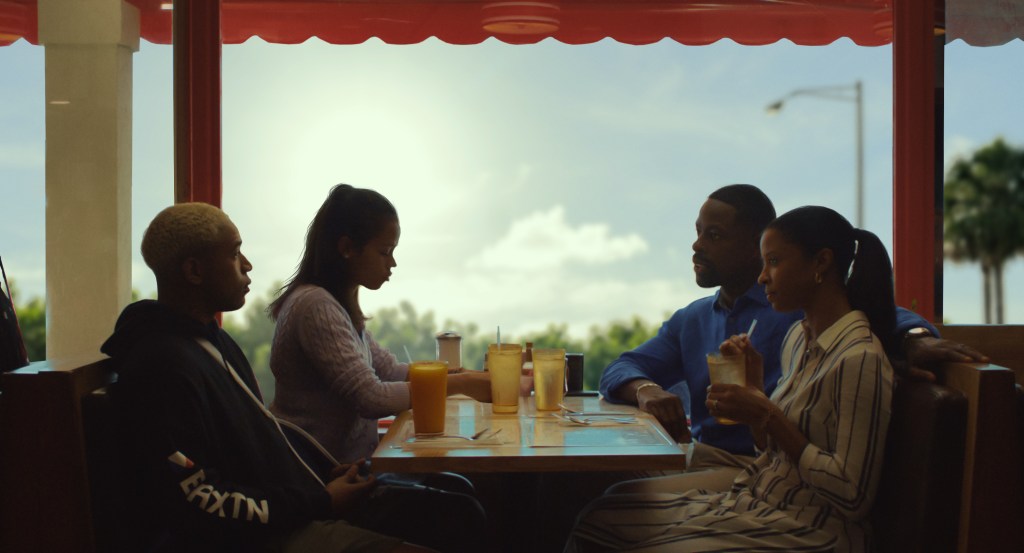