The young actress will be playing Kate Middleton in “William & Catherine: A Royal Romance,” set to air on the Hallmark Channel. 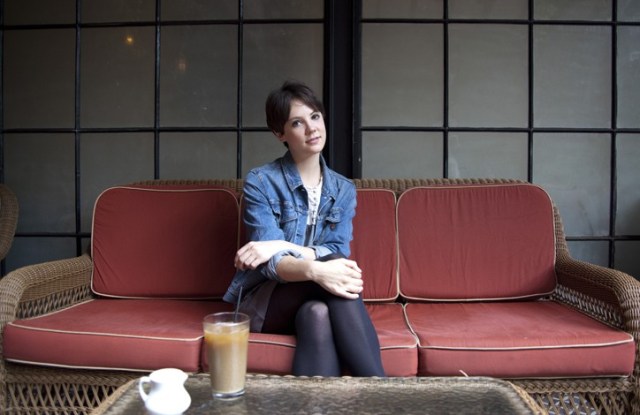 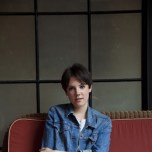 Alice St. Clair does not really look anything like Kate Middleton.

They are both creamily skinned, slender brunettes who speak with a posh British accent, but there the physical similarities end. On an early summer afternoon in the air-conditioned garden of New York’s Bowery Hotel, St. Clair sports well-kohled eyes, a pixie-cut crop of chestnut hair, and a worn denim jacket slung over her sundress and black tights. She evokes a sort of brunette Twiggy in worn, white Keds, a far cry from the preppie princess who’s spent the better part of the month winning over the North American continent.

The lack of a physical connection notwithstanding, the 23-year-old St. Clair is cutting her teeth in her first film role as the recently crowned Duchess of Cambridge, in “William & Catherine: A Royal Romance,” set to air on the Hallmark Channel in the U.S. on Aug. 27. (Not to be confused with the already aired Lifetime TV movie “William & Kate.”)

“It’s like I only recently really realized this could be a real profession for me,” says St. Clair, who studied at the New York Conservatory for Dramatic Arts after a prep school education in England, as she slides a black leather briefcase off her love seat and pushes a dog-eared script down within its folds. Aside from providing the source material for her first lead role, the recent royal nuptials have also given the young actress a quick course in the media spotlight. St. Clair’s father, Commander Peter Loughborough, Seventh Earl of Rosslyn, is the head of the Royalty and Diplomatic Protection Group, and is directly in charge of the Duke and Duchess of Cambridge’s personal safety and palaces. That tidbit raised some eyebrows when the production company chose his daughter as their “Kate” shortly before the April wedding.

“He’s over the moon, he’s so proud! As I’m sure any father would be,” St. Clair says as she pours a generous amount of soy milk into her iced coffee. “I mean, I of course felt quite weird about it. She’s a notoriously private person, and I…I didn’t want to do anything to put him in an awkward situation. I didn’t tell him until I got the role but he was just so proud. My whole family is coming over for the premiere.”

Given her bearing, St. Clair should technically be addressed as Lady Alice St. Clair Erskine, but she has eschewed the formal bookends to make her moniker more palatable to the American movie-watching public. Ironically, her involvement in the movie is something of a looking-glass version of Middleton’s own social ascension. Here’s a product of the upper crust pursuing an acting career, what some might describe as a common trade, by playing the middle class girl who grew up to be a princess. St. Clair bristles at the thought, and provides a quick lesson in the evolving British class dynamic.

“God, well, I just don’t think it has any relevance at all,” she scoffs. “I mean, people have said, you know, ‘Kate the commoner,’ and it’s such a funny thing to say really.… Firstly, I don’t think it matters at all what her ‘class’ is, and secondly, she was raised in a very similar way to William. I mean, she went to top-tier private schools in her youth. I wouldn’t call her a ‘commoner’ at all. I think it’s amazing that she [Middleton] has taken on this role, as his wife and all that, so brilliantly. That would be enough to scare a lot of people.”

As for playing Kate, St. Clair says she researched Middleton for weeks before filming but that much of the performance came from her own dramatic muscle.

“It was a lot more about my imagination in the end, what she might have been like in these situations, what she would have felt,” she says. “I did a lot of factual research, about where she grew up and that kind of stuff, but with regards to mimicking her or getting certain gestures of hers just right, I left that quickly behind. I wanted to capture and communicate the essence of who she is, rather than some clown-y mime act. The story is, of course, based on real events, but it’s more than that too. It’s not just ripped-from-the-tabloids. It’s a love story; it’s a drama. It’s a real film.”

“I can only imagine what it’s really like for her, every day,” the actress says. “She seems so born to it. She’s just transformed so effortlessly. She looked so great, meeting Obama a few weeks ago. She does look skinny though. Really skinny. Maybe it’s all the pressure? I don’t know what the hell it is, but she’s tiny, and she used to look quite…athletic? Maybe having your photo taken all the time can make you go a bit crazy.”

Of course there’s the chance that her acting career could land St. Clair under similar, if less extreme, lights.

“I have faith that there’s a way to work in this industry without subjecting yourself to that type of press,” she says. “There are so many actresses whom I really respect who don’t have up-the-skirt shots on the Internet. So, yeah, fingers crossed.”