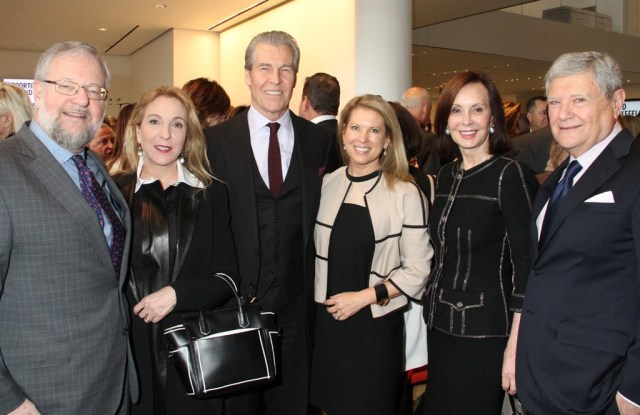 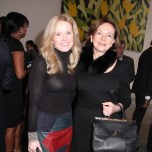 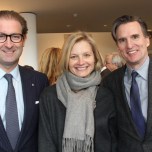 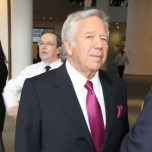 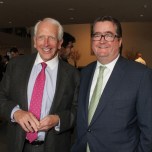 NEW YORK — When Macy’s Inc.’s chairman and chief executive officer Terry J. Lundgren was escorted through the current Henri Matisse cutout exhibit at the Museum of Modern Art, officials apologized for the crowds.

“You’re talking to me about crowds?” responded a quizzical Lundgren. “I love crowds. I love a full store.”

On Thursday, MoMA staged a private cocktail reception and luncheon where Lundgren received the museum’s David Rockefeller Award. It’s presented annually to an individual from the business community who exemplifies “enlightened generosity and effective advocacy of cultural and civic endeavors.” This year’s award luncheon raised a record $3.5 million and drew 377 supporters, and as always, the event benefits the museum’s educational programs.

“When I think of Terry, I think of this very good-looking, quiet guy from southern California, very unassuming who just gets the job done. The truth is he’s made a place for himself in American business history,” said Jerry I. Speyer, chairman of MoMA’s board of trustees. “He’s a change agent. Like a seeing-eye dog, Terry has led the way for the industry.”

“I’ll never take for granted the friends who came here just for this luncheon, from Paris, Hong Kong, Miami, Boston,” Lundgren said. “These are expensive seats. I am so grateful for your generosity.”

Lundgren gave a shout-out to his daughter, Tracey, who works at the Figure Skating in Harlem program and recognized his wife, Tina, who in the fall was elected chairman of the Ronald McDonald House. “When she calls, it’s probably not going to be a social call.”