Teyana Taylor on Her Own Time

The singer released her third album — "The Album" — on June 19 and won Video Director of the Year at the 2020 BET Awards.

Teyana Taylor has had a month of reveals. There were two self-directed music videos, one a tribute to the graduating class of 2020, and the other a pregnancy announcement — she and husband Iman Shumpert are expecting their second child. She also unveiled a linkup with MAC Cosmetics, a Nineties-themed collection coming out later this summer. And there was the release of her third album — “The Album” — which came out June 19 after a long anticipatory lead-up.

“Now that it’s finally out I’m like, OK, I can exhale,” says Taylor, drawing out the last of the word.

The 29-year-old Taylor kicked the album off with a rarity in the past few months: a listening party in Los Angeles, which drew a famous crowd wearing custom Hazmat suits and masks (and as to be expected, it also drew some Internet backlash over coronavirus and social distancing concerns.)

Taylor wanted to unveil the project in person so that she could read the immediate reaction to it rather than wait for the considered distance of a text response. “If I’m right there, I really get to see the raw emotion and raw love in the room,” she says. “There was a lot of different emotions: dancing, laughing, crying. I was proud of myself.”

Evoking that range was the singer’s intention. The Harlem-born creative polymath structured the album into “studio rooms” of emotions: love, sexuality, self-worth, vulnerability and triumph. “The Album” opens on a highly personal note: an audio recording of husband Iman Shumpert’s EMS call during Taylor’s unexpected home birth in 2015. The following track features vocals from their daughter, Junie.

The acronymic approach was similar to her previous album “K.T.S.E.,” which stood for  “Keep That Same Energy.” Produced by Kanye West under his Good label, that album delivered a trim eight tracks. “The Album,” clocking in at 23 songs and a play time of one hour and 17 minutes, represents Taylor’s reclamation of her own creative vision.

“I followed a beat,” she says of the organic choice to let the song list swell as needed. “Sometimes you hear a beat and it gives you that certain feeling, makes you want to talk about a certain thing. If you’re not going through it, the beat plays a big part in the emotion and whatever type of mood that you’re in.” 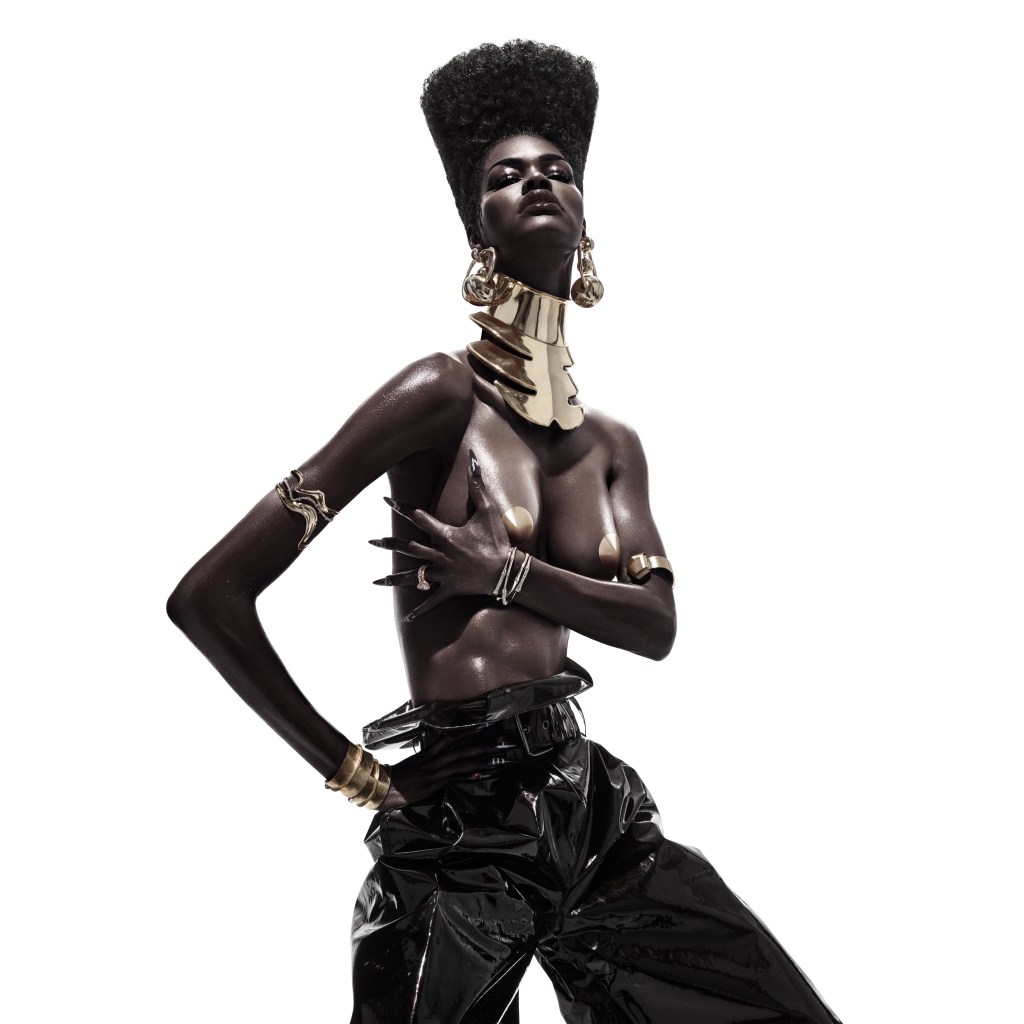 Album cover for “The Album.”  Courtesy

Taylor is credited as a writer for each track, although the album is also the collaborative effort reflecting the music industry’s enduring and emerging talents. There are vocal contributions from musical icons like Missy Elliott, Lauryn Hill and Erykah Badu, who in addition to featuring on “Lowkey” may also assist Taylor as a midwife during her next birth.  Timbaland helped produce the track featuring Elliott, “Boomin,” and tributes to music lineage pulse throughout the album. “How You Want It?” features Sean Combs’ son Christian Combs, aka King Combs, and samples Mase’s late Nineties hit “What You Want,” which itself samples Curtis Mayfield’s 1973 single “Right on for the Darkness.”

“Music is kind of like a number eight for me,” says Taylor. “I think it’s amazing the way that music reinvents itself all the time.”

Others featured on “The Album” include Rick Ross, Quavo, Future and Big Sean. Her husband, primarily known for his NBA career but also a rapper on the side, is included.

Taylor’s creative range spans singing, dancing, directing, choreographing and acting. (She also owns a nail salon.) At 15, Taylor famously choreographed the video for Beyoncé’s “Ring the Alarm”; Taylor runs her own production company, The Aunties, through which she directs music videos for herself and other artists including Macy Gray, Schoolboy Q and Wale. Last fall she directed and costarred in an extended video with T.I., a graphic vigilante P.S.A. (of sorts) on sex trafficking in Atlanta. Taylor, who directs all of her own music videos, was nominated for, and won, Video Director of the Year at the 2020 BET Awards, which took place June 28 during a digital ceremony.

“One thing that I’ve always been very, very good at is helping others and creating for others,” says Taylor. “I enjoy getting their vision out, because I know how it feels to maybe not be super technical, but to also know what you want. My job as a director is to be that happy medium,” she adds. “I want to be that gap in between, to let them know you have someone here who understands you, and understands exactly what it is you’re trying to do and exactly what it is you’re trying to get across.”

She’s released several self-directed videos for her album, most recently “Wake Up Love,” which features Shumpert and their daughter; Taylor also used the video to reveal that they are expecting their second child. In late May, Taylor released the video for “Made It” as a tribute to the graduating class of 2020. The video incorporates crowdsourced submissions from graduates. The upbeat song is rooted in celebration: the opening lines are pulled from Juvenile’s 1999 omnipresent dance anthem “Back That Azz Up.” (Former presidential nominee Tom Steyer also knows the song’s ability to move a crowd: the politician danced along onstage as Juvenile performed the song at a South Carolina rally in late February.)

“I’m just keeping it 100: When you’re celebrating something and you hear that beat come out, that build” — Taylor pauses here to sing the song’s opening instrumental — “when you hear that, it’s an automatic celebration. That’s every girls’ song; really I just made it an even bigger celebration than it already was.”

In July, Taylor will unveil her Nineties-inspired makeup collection with MAC, a linkup she describes as a dream. Through all of her collaborative work, her takeaway has been a clarity of her own vision, and the importance of patience.

“I’ve always been a person to put my all into everything that I do, but [it’s] most important to never doubt yourself,” she says. “Because when you start doubting yourself and you let the outside noise get in, and you let the opinions come in, you’ll never really do what it is you want to do. I left a lot of outside opinions and outside noise literally outside. And I did this album the way I wanted to do it, and I followed my heart all the way through.”

Teyana Taylor is doing a makeup collaboration with MAC Cosmetics.