The Art of Hoarding, According to Kenny Schachter

The artist, dealer and writer believes in art as therapy.

Kenny Schachter has a deep appreciation for art and sense of humor about the art world.

Kenny Schachter has raised hoarding to an art form.

While hoarding disorder is no laughing matter – in the most extreme cases, sufferers have been found buried in their apartments under mountains of possessions, debris and detritus, the result of a compulsion to accumulation stuff – Schachter, a collector, dealer, curator, artist and self-described art hoarder, said his obsession is fueled by passion, while his self-deprecating sense of humor has helped him maintain his equilibrium in the sometimes combative industry..

Schacter’s move from London to New York and unfortunate business dealings with Inigo Philbrick, a young dealer with galleries in London and Miami, accused of committing art fraud to the tune of $100 million, were the impetus for Schachter’s recent Hoarding Auction held at Sothebys.com, among other reasons. Philbrick, whose tentacles run far and deep, allegedly touched major auction house; artists, whose prices he reportedly inflated, including the late Jean-Michel Basquiat’s painting, “Humidity,” (1982), and even Schachter, from whom he stole $1.7 million. 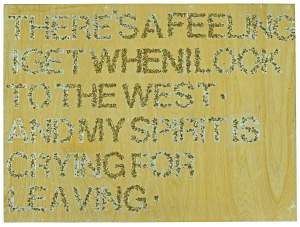 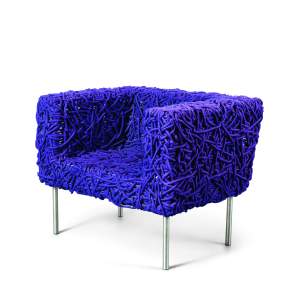 “I didn’t set out to be like Robin Hood. I say, ‘I’m stealing info from the rich and giving it to the aspiring rich,’” said Schachter, adding that he wanted first-time collectors and others who may be intimidated by the high reserves of auctions and pomposity of the art world feel more welcome.

Democratizing art has been a theme of Schachter’s career from the outset. At ConTEMPorary Gallery, located in the early Aughts in an alleyway on Manhattan’s Charles Lane, Schachter curated an exhibition, “Artchitecture,” featuring artists, architects and fashion designers such as Vito Acconci, Frederick Kiesler, United Bamboo and Winka Dubbeldam. Schachter aimed to knock the art world of its haughty pedestal by featuring high and low materials in the art in his exhibits.

The lots Schachter put up for sale are a drop in the paint bucket of his larger holdings of some 1,000 works. Given the cost of maintaining the collection, Schachter said he was forced to have a reckoning over his acquisitiveness.

Besides art, Schachter’s other vice is fast cars – including two prototypes of the three-wheeled variety designed in collaboration with the late star architect Zaha Hadid. 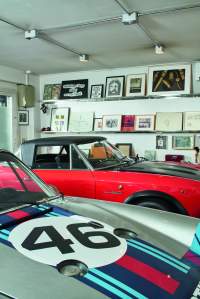 “Basically, in the beginning, I was writing a lot and drinking at the same time,” Schachter said. “When I would write something salacious — I was always truthful, and I’ve never, ever been sued — people would thank me. When my 15-year-old set the house on fire in London, I went to China, and people were running up to me, saying ‘Fire Boy, Fire Boy.’ That’s because nobody ever tells the truth in my business. Because I make art, I write about it, sell it and teach at the University of Zurich, nobody’s ever been in the game and written about it to the extent that I do. They embrace it.

“I was so haphazard about it,” he added. “I don’t know how much I’ve made in a year since I graduated from law school in 1987. All I know is that before Inigo went off the rails, I did well. I only know my net worth according to how my art storage increases over time. And this whole thing isn’t about money in the very least. It’s about becoming more sane.”

While many pieces in his collection have been given to him by artists whose work he’s included in group shows or written about, Schachter gets a rush from bidding and winning, and buying. “It’s called dopamine,” he said on Wednesday morning after the Hoarding Auction closed. “I just bought something today…. and yesterday.”