From the "Riverdale" cast to Sadie Sink of "Stranger Things," Alison Brie of "GLOW" and Rachel Brosnahan of "The Marvelous Mrs. Maisel," here are the biggest breakouts of 2017 on TV. 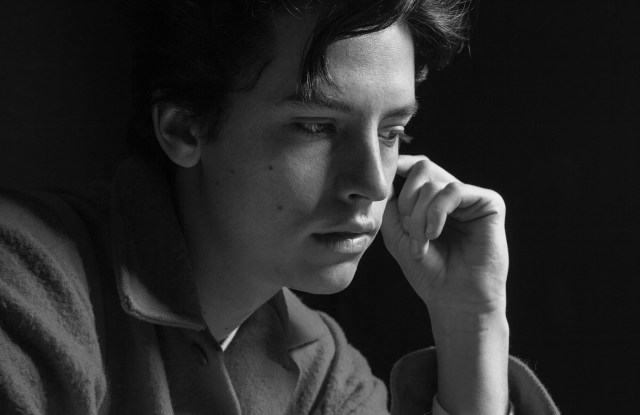 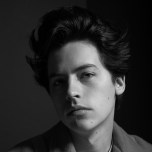 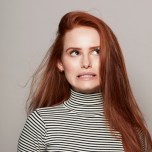 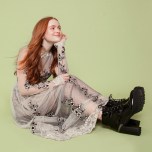 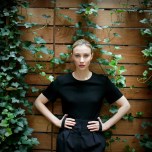 Television is bigger than ever, and with it comes a new crop of breakout stars each season. One of the biggest series of the year was “Riverdale,” which debuted back in January and is already midway through a second season, with record-breaking viewers and star-making turns for its cast. Other standout series include “13 Reasons Why,” “Glow” and “The Marvelous Mrs. Maisel,” while new seasons of “Stranger Things” and “Mr. Robot” remained popular.

Alison Brie and Rachel Brosnahan have each been nominated for a Golden Globe for their respective roles. Asia Kate Dillon, who made headlines for their request to be considered an actor rather than an actress after coming out as gender non-binary (an identity shared with their character on “Billions”) is up for a Critics Choice Award. Elsewhere, Sadie Sink of “Stranger Things” is now a Miu Miu campaign girl, following her debut in the second season of the Netflix hit.

Below, highlights from our interviews with this year’s biggest breakouts on television.

“The goal for me to go to college, and my brother as well, was to fade out,” Sprouse said of his return to the spotlight. “It’s no new narrative to say that when people get out of child stardom, they oftentimes rebel in very serious ways. I didn’t want to make that public spectacle.”

“Our Betty Cooper is still the girl next door…but she’s also incredibly broken on the inside, for many different reasons. For one thing, she suffers from mental health issues, and that’s something that I resonate with — I struggle with depression and anxiety, and I’m very open about that. So I can very much relate to Betty in that way, and that there’s a vulnerability inside.”

“It’s very obvious that [Cheryl is] a broken little girl who just needs love,” said Petsch. “Who hasn’t been in that part of their life, trying to figure out who they are? She fulfills the artist inside of me. I’ve got so many different emotions underneath the surface at any given moment as her.”

“We were at a Giants game, and my manager told me, ‘Sadie, you have an audition for a show called ‘Stranger Things,’ and I had just finished binge-watching it in a few days,” Sink said. “I’m usually the kind of person where if someone tells me ‘Oh my God you have to watch this show, it’s amazing,’ I kind of want to go against it and not watch it. But for ‘Stranger Things,’ I couldn’t resist. I had to watch it.”

“As an actor you’re really fascinated by identity and the cultivation of identity. Grace was a person whose identity was taken from her when she was 16, and it was overtaken by the media. And who she really was and what she really did kind of became irrelevant because of all of the prejudices of the time — the ideology of what it was to be a working class woman — were projected onto her and amplified.”

“I’ve never played a character — because honestly, there aren’t very many of them — who is so unshakably confident even when her whole life falls apart.”

“I told my team, ‘I don’t want to go out for Asian roles anymore,’” Butler said. He found himself in a dark period immediately following, but soon enough, he got called in for roles that didn’t specify an ethnicity. And he started booking them.

“God, I’ve been so fortunate, actually,” Leslie said. “Because [‘Thrones’ and ‘Downton’] were hits and so universally loved that I’ve only ever been on the receiving end of pure joy, when people are expressing the pleasure they derive from something like ‘Thrones’ or ‘Downton Abbey.’ You’re so energized by the story lines and by the worlds that you know that it’s real escapism for some of the fans. And, that’s an incredible, extraordinary feeling — to know you’re a part of something that gives people joy.”

“I feel like I understand my place more in the world and the platform on which I stand to tell a story that means something that’s important to people, or gives joy to the world,” Gummer said. “I don’t want to work just to work. That’s a waste of time for me. I’m lucky enough to be in a position to do that, thankfully. And I’ve been lucky to play such cool, strong people. That’s the strongest thing that I can personally contribute to the world; that matters to me.”

“When I read the breakdown for Taylor and it said ‘female non-binary,’ and I looked up those words, I had a lightbulb moment,” Dillon said. “For the first time, I understood that gender identity and assigned sex are two different things. And sometimes they conform and sometimes they don’t. Up until that moment I hadn’t understood that I could’ve been assigned female at birth, but that didn’t automatically make me a girl or a woman. And that lightbulb moment was really extraordinary and very freeing.”

“It didn’t discourage me at all to hear that they didn’t think I was right for the part — I was like, ‘This is the challenge I’ve been looking for, I’ll prove it to them and then I’ll prove it to the world, in theory,’” Brie said. “I had to come in many times and it really helped me feel more and more like the character, who is a struggling actress.”

The Nineties: Celebrities Who Defined Their Decade

The Eighties: Celebrities Who Defined Their Decade