The budding DJs, also sons of longtime Valentino p.r. chief Carlos Souza, have always been united by their love of sound. 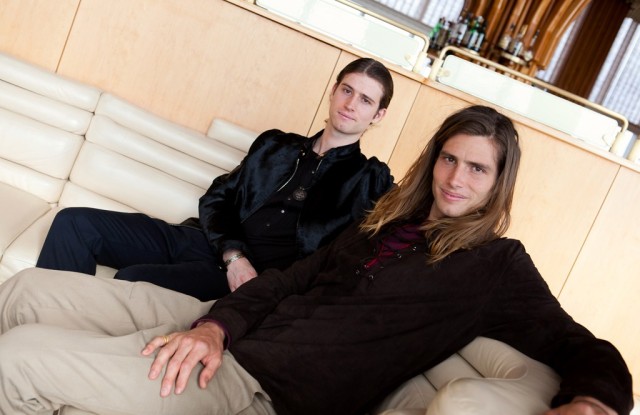 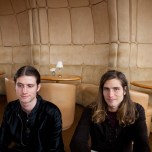 They may live more than 6,000 miles — and an ocean — apart, but Sean and Anthony Souza have always been united by their love of sound. The Brazilian brothers, budding DJs whom Madonna tapped to entertain her guests following the Ziegfield premiere of “W.E.” last month, live in different hemispheres, and are pursuing separate careers, but they always find time to make and share music.

“We were always really interested in music, and taught ourselves to play the guitar when we were younger. And we’ve influenced each other’s ‘life soundtrack,’” says the low-key, soft-spoken Anthony, 25, over a cup of tea one cold winter afternoon in London. “Every time I see him, I leave him 30 tracks, and he does the same for me.”

The brothers have just touched down in New York for fashion week, and will be manning the decks at the show of their fellow Brazilian Carlos Miele later today, among other appointments. Anthony said they’re planning a mix of chants, electronic music and Batacuda, an African-influenced Brazilian percussive style, for the show.

Anthony doesn’t know where, exactly, the music gene came from. His glamorous parents, Carlos Souza, the longtime p.r. chief for Valentino and a jewelry designer, and Charlene Shorto, who also worked at Valentino and is now based in Paris, don’t play any instruments. It has always been the brothers’ particular passion.

“I have a deep love for music, and it’s not restricted to the music humanity has produced. Sound interests me in its cosmic scale, as a body of information, as a pure language of feeling, how it moves our life rhythms and weaves stories or songs,” Sean, 28, wrote in an e-mail from Alto Paraíso de Goiás in Brazil. The 28-year-old studied at the School of Oriental and African Studies at the University of London. He said his current musical inspirations include the British musician Kieran Hebden, who performs under the name Four Tet, and James Holden, another British electronic musician and DJ.

The brothers, whose style Anthony describes as “upbeat tech house mixed with indigenous music and chants,” never set out to be DJs; they always just did it privately for friends. When he’s not at the decks alongside his brother, Anthony works as a professional photographer shooting on-set stills for feature films and documentaries, and also works on long-term photojournalism projects.

The Madonna job came out of Anthony’s photography work. He was hired to shoot stills for “W.E.,” and got to know the singer, whom he says was an inspiration. “She sees her work as an extension of herself, and she demands that you do your best,” he says. Madonna later heard the brothers DJing at a private party hosted by Valentino, and quickly booked them for her event at the The Top of The Standard.

The brothers, who were born in Brazil, and grew up in Rome and in England, where they attended boarding school and university, have never been strangers to the stars. Anthony refers to Valentino and his longtime business partner Giancarlo Giammetti as his “uncles,” and says they taught him and his brother so much about beauty.

“From a very young age, though, my brother and I disagreed with so many things about fashion — the reshaping of the imagery, the consumerism,” he says.

After New York, it’s back to day jobs for both. Anthony is set to shoot the stills for the film “Lucidity” in London later this year, and has projects planned on shamanism in Peru and Brazil. For Sean, a trained yoga instructor, is back to Alto Paraíso — a spiritual, New Age hotspot famed for its natural beauty and proliferation of waterfalls — where he is developing an eco-resort.

“We are creating a space in the wilderness that is geared towards development in the healing arts and ecology, especially with yoga, ecstatic dance, reforestation and sustainable architecture,” he wrote, adding that the resort should be ready to start hosting workshops and retreats by the end of the year.

Sean sees the DJing as a bonus to an already rich life as brothers.

“My brother and I have always been allies, and our recent emergence as a DJ duo feels fresh and on course,” says Sean. “It’s about us being stronger and more stable together.”