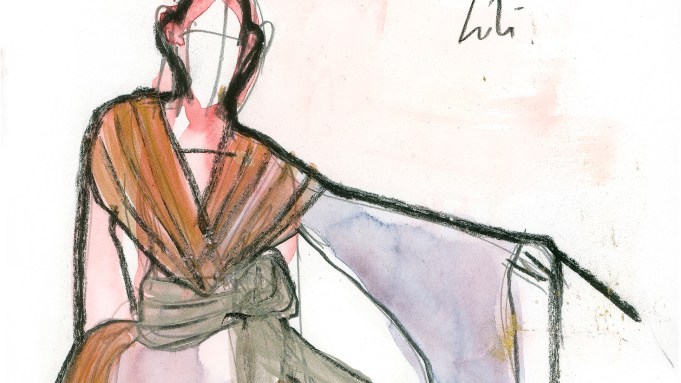 The assignment of a costume designer is to narrate, through clothing, the development of a character. With “The Danish Girl,” director Tom Hooper’s follow-up to “Les Misérables,” the connection between clothing and gender was at the center, in a time of heightened visibility for transgender people’s civil rights. Opening Friday, “The Danish Girl” joins the Oscar race on the heels of a year that saw “Transparent” win a Golden Globe for Best Comedy or Musical Series and Caitlyn Jenner make her appearance on the cover of Vanity Fair. The wardrobing here was especially important in portraying the transition of Einar Wegener to Lili Elbe, a task set out for costume designer Paco Delgado.

“How do you approach a character that is so complex?” Delgado asks of Lili, who is first seen in the film as Einar Wegener, a successful landscape painter, married to the devoted Gerda, herself a rising artist. “You have to depict somebody who was a pioneer on transgender issues.”

Delgado was raised in the town of Arrecife, on the island of Lanzarote of the Canary Islands, and by his own admission, never dreamed of being a costume designer. “I wanted to design sets for theater,” he says over the phone from outside the Los Angeles County Museum of Art. After studying set design and costume design at the Institut del Teatre of Barcelona, he began working on “small plays with friends — they never had any money,” so he began doing double duty, costuming the productions as well. “And people started saying to me my costumes looked good,” he says. “Now I’m in love with my profession.”

Now based in Madrid, Delgado has become an internationally recognized costumer, having been nominated for an Oscar and a BAFTA for his work in “Les Misérables” in 2013, and winning two Goya awards (the Spanish Oscars) in 2013 and 2014. He also was behind the designs for “Biutiful” in 2010 and “The Skin I Live In” in 2011.

He reunites with director Hooper in one of this year’s Oscar hopefuls,”‘The Danish Girl,” which begins in Copenhagen in 1926 and tells the story of Lili (Eddie Redmayne), one of the first known transgender women to transition, and her wife, Gerda Wegener (Alicia Vikander).

To begin, Delgado researched the couples’ art, as well as their their photography (more of a hobby for the pair), something the film does not touch on. “They were very interested in photography — they took pictures of every moment of their lives, which was good,” he says. “We had a big foundation.”

Naturally, he also thoroughly researched Twenties fashion. Designers he referenced included Paul Poiret, who was “in a way, the first designer to liberate women from corsets,” as well as Jeanne Lanvin and Coco Chanel. Lanvin “did a lot that was fully theatrical, we thought it was very dressy,” and Chanel was a given to include “obviously because she was a pioneer of liberating women,” Delgado says. “She started doing clothes with jersey, which allowed women to have free movement.” Delgado created looks for Lili and Gerda that were fashion-forward and of the moment; “they were both interested in fashion,” he says.

Before we meet Lili, and her free-moving dresses, we of course meet Einar. To carefully construct visually a person experiencing inner strain, Delgado dressed Einar in very constricting clothing. “The thing is you have to think that the first thing we thought always, is Lili was always there, Lili was trapped in a body that wasn’t her body,” Delgado says. “She had to be put in a sort of cage. Lili was entrapped, that body had to be like a prison for her. And one of the ways we did this was by making a restrained, highly formal costume for Einar, almost an armor.” His look included high stiff collars and rigid, heavy fabrics.

As the film progresses and Lili emerges, there is a move into warmer colors, “more sensual, liberating clothes,” Delgado says. “The Twenties were a very good moment for that — there was a lot of movement and flexibility to clothes. The shape of the Twenties was very rectangular, almost geometrical, which is fantastic.”

The first moment the audience sees a glimpse of Lili is when Einar tries on a pair of stockings. “That moment really happened in the book,” Delgado says, referencing the biography “Man Into Woman” which tells of Elbe’s story. ”The whole thing about the stockings was the element of a thing that really awakens something Lili had inside and had been suppressing for so long,” Delgado says. “The stockings are an amazing piece because first, they are very feminine, and second, very sensual.”

Elbe’s dressing spans a period of “hyper-feminization,” where her initial looks are highly traditionally feminine. “Like everything in life, you need to have a training, you need to experiment with things,” Delgado says. “Obviously if you’re a transgender person you’ve been brought up as a gender that doesn’t agree with you. We wanted to show how the whole experience and dressing in real life can be a problem. We wanted to show this exaggeration.” At first, Elbe wears coiffed hair and bold lipstick; as times passes and she becomes more “comfortable,” she adopts a look that “reflects modern women, who don’t overdo,” Delgado says. The aim was to show the woman, not the makeup.

When the couple travel from Denmark to Paris, a place of a “more open, accepting society,” Delgado shifted to brighter colors and more fluid fabrics. “When they were in Denmark, they were wearing highly structured clothes, lots of tailoring, blues, blacks and grays. Even Gerda was wearing restrictive clothes,” Delgado says. “Obviously Paris in the 1920s was the metropolis in the world; if you wanted to be somebody, you had to go to Paris. It was the mecca of everything.”

Paris is the place both characters are seen to be “freer to be themselves,” Delgado says. “The clothes reflect the happiness in their lives. We wanted to reflect the power of dressing.”