The Diller-Von Furstenberg Family Foundation Honored by the Whitney 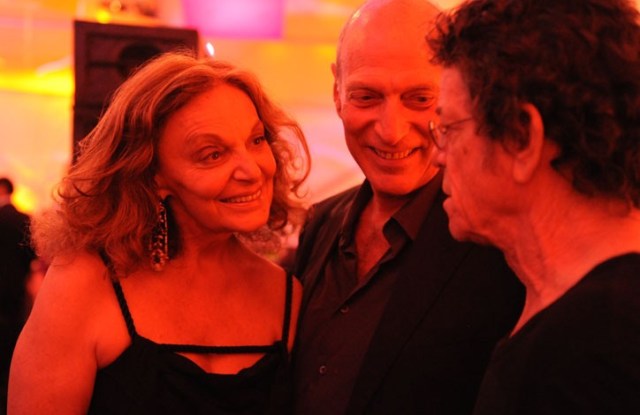 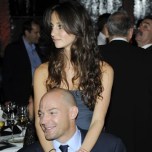 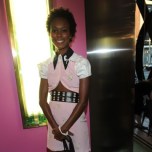 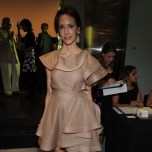 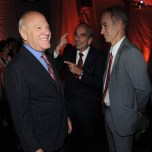 Thursday night, Diane von Furstenberg continued her seemingly non-stop week-long party run when she, husband Barry Diller and son Alexandre von Furstenberg were honored by the Whitney Museum for their work with the Diller-von Furstenberg Family Foundation at the 19th annual American Art Award Gala. The evening began with cocktails at‹where else? — the DVF studio, still showcasing the Francesco Carrozzini “Portraits” exhibit she had hosted a party for four days earlier. As Roni Horn, Brooke Neidich and Beth Rudin DeWoody admired the work, Diane took a breather in a corner.

“Well it’s one of those weeks. It was a crazy week and I had one event for Francesco and then there was a thing for Tatiana and then it’s over,” said the designer, who was heading to LA the next day for Mother’s Day. “I’m very choosy. This is clearly because I’m very involved with the Highline and I’m very involved with the neighborhood and I love art and so we love the idea that the Whitney is going to come here and my son loves art so that’s that.” As for said son, he seemed humbled to be receiving his first such award.

“Growing up my entire life I had artists around me because of my mom so and the Whitney focuses on American artists. And right now I’m a big patron,” he said, though he admitted he’s not much of a collector personally. “I dabble, I would say. Well I got my mom the Gursky around the corner.”

Dinner was held a few blocks south, in a tented space on the site of the Whitney’s future downtown building. Tauba Auerbach, Speaker Christine Quinn, Pamella DeVos, Shala Monroque, Larry Gagosian, Lorne Michaels and Anne Bass hobnobbed over rack of lamb as Weinberg presented von Furstenberg son with the award, a piece of painted dry wall commissioned from Guyton/Walker (made up of artistic duo Wade Guyton and Kelley Walker).

“The guy looks mahvelous at this time in his life. He’s in incredible shape for his age,” said the former tennis champ.

Reed sang a set including “It’s a Perfect Day” and “Walk on the Wild Side,” that had Gilles Bensimon snapping photos and Tatiana von Furstenberg shimmying in her seat.