Summer was in the air Thursday night, but New Yorkers managed to squeeze in one last spring social hurrah at El Museo's 2010 Gala. 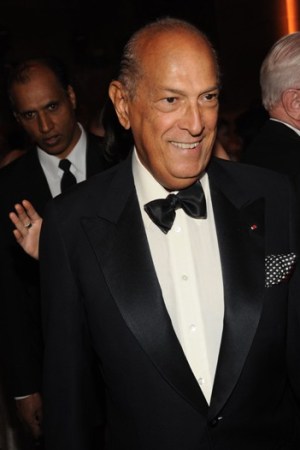 Summer was in the air Thursday night, but New Yorkers managed to squeeze in one last spring social hurrah at El Museo’s 2010 Gala.

“One piece of advice: brevity is the soul of wit, so two minutes,” said gala chair Yaz Hernandez as she introduced the museum’s outgoing director Julian Zugazagoitia, who bestowed artist Tony Bechara with the Special Leadership Award. “I have been to every gala El Museo has had and that’s 17 galas so that deserves an award in itself,” said Bechara to much laughter.

The gala’s master of ceremonies, Barbara Walters, was absent due to her recent heart valve surgery, so Oscar de la Renta stepped in to honor Placido Domingo with the Lifetime Artistic Achievement Award. “I’m very sorry, but I really do not look like Barbara Walters,” said de la Renta, before reading a letter she had written to Domingo. “Dear Placido, Only an injured heart will keep me from being here tonight. I’m doing really well, but not quite ready to jump rope and go out. You are the musical genius of our time. My heart will be aching a bit tonight, but it is full of the happiest thoughts for you.” Domingo was clearly touched. “I just want to say how proud I am that so many of you are here today for such a phenomenal institution,” he said, ending with a nod to his wife, “Marta and me are New Yorkers and on the first of August we are going to be 48 years married. So if you ask Marta how it feels she says, ‘Like five minutes—under the water.'”