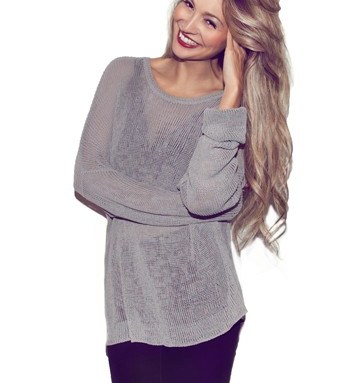 Leaves, schmeaves. The real beauty of autumn lies in the fresh batch of films, books, plays and restaurants that dot the horizon. Here, the first round of this season’s artists and influencers.

Zara Martin is a jack-of-all-trades. The 27-year-old Anglo-Indian is a model, TV presenter (she fronted the U.K. launch of Al Gore’s Current TV cable network in 2007) and graduate of University College London, where she earned a degree in economics and business with Eastern European Studies. Now Martin has added another line to her résumé: fashion designer, with a capsule collection for London-based ready-to-wear brand BodyAmr (a favorite among celebs such as Beyoncé and Kylie Minogue).

Called BodyAmr & Zara Martin, the seven-piece line of party frocks (“one for every day of the week”), made its debut during London Fashion Week. “This will be a more attainable ‘cocktail’ range than the BodyAmr mainline collection,” said Martin of the collaboration’s price points, which start from around 500 pounds, or $781 at current exchange. In addition to the capsule collection, Martin teamed up with the brand to design an elephant sculpture for London’s Elephant Parade art fair in May, a city-wide festival of 250 life-size elephant sculptures aimed at raising awareness of the endangered Asian elephants.

With her exotic looks, long mane and willowy silhouette, Martin has held numerous modeling jobs, including parts in look books for designer Olivia Rubin and Mechante of London shoes. Martin has also just been shot for an in-store advertisement for Swarovski Elements.

She also keeps carving out a successful TV career. Martin has hosted “The Lick With Trevor Nelson,” an MTV U.K. talk show about the worlds of hip-hop and R&B, and will soon begin filming a fashion TV show pilot (due to be released next year) in L.A. for a yet-to-be-revealed U.S. network.

As if she didn’t wear enough hats already, the multitalented Martin writes for the online magazine Art Wednesdays, too, and about exhibitions and new artists on her blog, zaramartin/blogspot.com.

French actress Marina Foïs first became known for her comedy, particularly for her work with her theater troupe, Les Robins des Bois. Later she was nominated for a César Award as most promising actress for her role in the 2002 comedy “Hypnotized and Hysterical (Hairstylist Wanted),” and a few years after that she earned a best-actress nomination for her stunning performance in Christine Carrière’s “Darling.” But in her latest project, Foïs tackles the very heavy topic of fidelity within marriage. “Happy Few,” in French theaters now, tells the story of two couples who fall in love with each other, change partners and then have to manage the intense and often confusing sexual emotions that result.

“The film speaks of couples in a very honest manner. ‘If this happens, what do we do?’” says Foïs.

Which may have been something Foïs herself asked during filming of her next project, “The Big Picture,” which was directed by Eric Lartigau, her companion and the father of her two young boys. The film, about a man who is forced to assume a new identity, is based on the Douglas Kennedy novel of the same name and co-stars Catherine Deneuve. After that, Foïs will appear in “Les yeux de sa mère,” a Thierry Klifa drama, and she’s currently shooting Maïwenn Le Besco’s “Polisse.” In January, she’ll be on stage in Simon Stephens’ play “Harper Regan.”√ All of which indicates that the 40-year-old has a lot of red carpets in her future. Expect her to fall back on her favorites, such as Isabel Marant and Les Prairies de Paris. Having said that, “Balenciaga and Chanel are brands that fit me best,” says Foïs, tugging on her army jacket. “They make petite enough clothes so the décolleté does not go down to my waist.”

“Venti Sigarette,” winner of the Venice Film Festival’s Controcampo Italiano award, recounts the experience of Italian filmmaker Aureliano Amadei, who was working on a documentary at an Italian military police base in Iraq when, before going through his first pack of cigarettes, he became the only civilian survivor of an attack on Italian troops. Unsurprisingly, his wife didn’t want him to go in the first place.

But he did, and Amadei turned the experience into “Venti sigarette (20 Cigarettes),” which he directed and in which he cast Italian actress Carolina Crescentini as his spouse. Crescentini had no trouble understanding the gravitas of the story. “[The shoot] was a real emotional challenge,” she says. “I often held back tears on the set because it’s the most sensitive subject I ever faced. I realized that we don’t know much about what is happening in Iraq.”

Political affairs have not been Crescentini’s focus as of late. For the last several years, she’s been honing her skills, studying at the Centro Sperimentale di Cinematografia in Rome and dabbling in theater and television. Her big break came in 2007 with the teen hit “Notte prima degli esami — Oggi,” about a student who meets the girl of his dreams — who happens to be dating a thug. Earlier this year, Crescentini was seen in Ferzan Ozpetek’s “Loose Cannons,” which took the Special Jury Mention at the 2010 Tribeca Film Festival. And in November, she will appear in the comedy “Boris il film,” inspired by a television sitcom that mocks the clichéd side of filmmaking. “The best part [of the shoot] was the improvisation,” Crescentini says. “It made my brain constantly switch on and off. The whole experience was hilarious.” But for all this work, there’s still a gig that eludes the blonde beauty — a part in a David Lynch film. “I love Lynch,” says Crescentini, who has watched “Mulholland Dr.” eight times. “I wrote my graduation thesis on him because his movies really influenced me as an actress.”