The Golden Globes Parties: In Style and Warner Bros.

At the In Style-Warner Bros. party, Kate Bosworth stayed dry, despite a few leaks through the marquee. 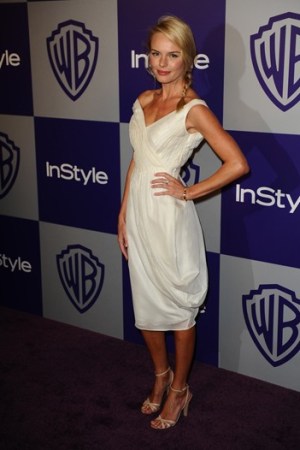 At the In Style-Warner Bros. party, Kate Bosworth stayed dry, despite a few leaks through the marquee erected over the smoking patio. “Dude, it’s so not the night to be wearing white,” she said, as a trickle of rain slid down her chest and threatened her white Calvin Klein chiffon frock.

Nearby, Topher Grace hopped over a sofa to shake hands with director Joel Silver, then jokingly tried to deny it. “Uh, that was Tobey Maguire,” he said.