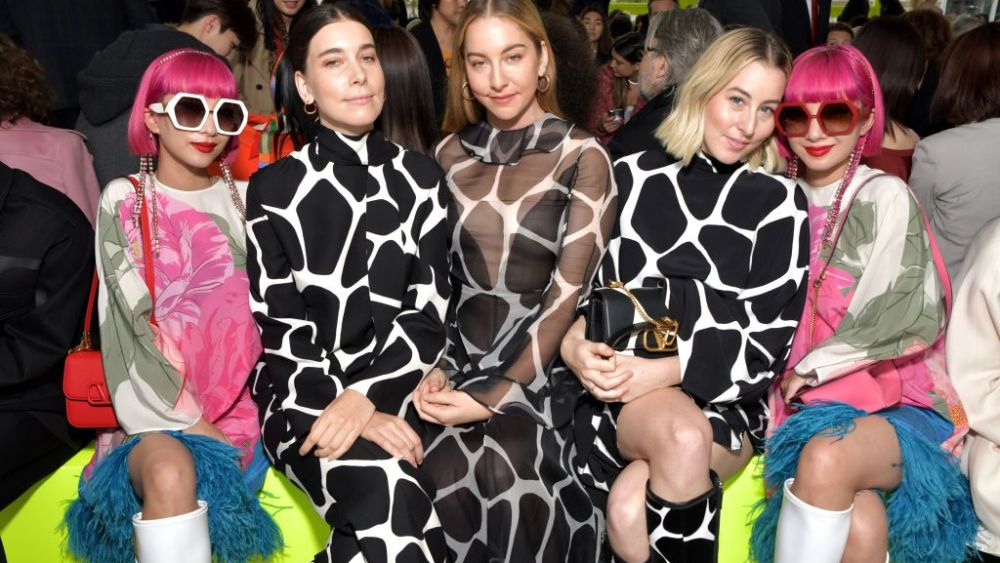 CHANCE ENCOUNTERS: It’s always a bit of a squeeze getting into a fashion show — sometimes more than others. “I’ve just done something very embarrassing,” squirmed Alana Haim, one-third of music trio Haim, upon arriving at the Valentino show on Sunday.

Her two sisters, unmissable in their matching Valentino giraffe-print dresses, pressed her for details.

“I just stepped in front of Naomi Campbell and I want to die,” agonized Alana. “I literally walked into her and everyone was like, um excuse me? I immediately went, ‘I’m sorry, I’m sorry, I love you so much’ and went out of the way as quick as possible. I can’t believe I did that. She’s such an icon.”

“I actually think it’s more of a green than a yellow,” said Watson, who identifies as non-binary. “It makes me think of energy, which I definitely have too much of right now.”

The actor was on a two-week break from filming parts three and four of the series’ second season. “We shoot on this little island in Canada, we’re from all over the place and we become like a little family during filming,” said Watson, who plays Theo on the show. “It’s a really special time.”

Mika was wearing a voluminous coat with a futuristic print.

“It represents Edgar Allan Poe visited by UFOs,” explained the singer, who is putting out his fifth studio album next week, “My Name Is Michael Holbrook,” and is a self-confessed poetry fan.

“I feel like it’s something you have to develop a bit,” continued the former “The Voice France” judge. “It’s like a discipline, a muscle you need to train. It’s like studying code — the more you do it, the better it goes.”