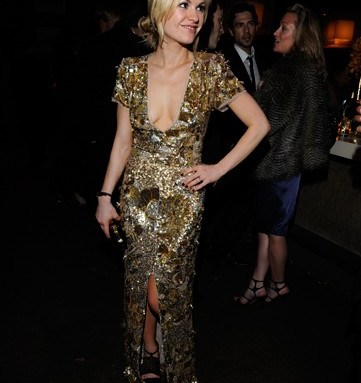 At the HBO party after the Golden Globes, Ginnifer Goodwin shimmied with “Big Love” co-star and best supporting actress in a series winner Chloe Sevigny. “We are going to dance! Yay!” Goodwin said. But that didn’t mean she wasn’t going to take advantage of the room. “I would like someone to hire me,” she said. “Doing acting, preferably.”

By 11 p.m. the valet was probably the most star-studded spot in the Beverly Hilton. Best actress winner Sandra Bullock, with husband Jesse James on her arm, politely fended off photographers on her way out. “Good night, it’s already been quite an evening,” she said, statuette in hand. Kate Hudson was right on Bullock’s heels. “It’s been fun,” she said, “and now it’s time to go.”