The choreographer's virtual dance class, #SweatFest, is growing in popularity.

It was “Champagne for breakfast” this morning, shares Ryan Heffington with a laugh from his home in California.

The choreographer, who exudes charisma — even through the phone ­­ — was celebrating his latest milestone, 200,000 Instagram followers.

Six weeks ago, as he was home in quarantine, he utilized the social media platform’s live-stream to create a free, virtual dance class he calls #SweatFest.

“It was so beyond,” he says of the first class, which attracted 500 people. The sessions at his studio, The Sweat Spot, in Los Angeles’ Silver Lake, were maxing out at 75.

Now more than 6,000 Instagram users have been tuning in, including actresses Reese Witherspoon, Tracee Ellis Ross, Margaret Qualley, Emma Stone and French music artist Christine and the Queens, who’s worked with Heffington. The videos are playful and full of energy as the choreographer — in his one-man show with his tanks, shorts and familiar mustache — guides the audience through a music-throbbing, one-hour workout.

And #SweatFest continues to grow exponentially as pop star Pink and Stone make appearances as special guests. Days ago, the Oscar-winning actress worked up a sweat to raise money for the Child Mind Institute, a nonprofit working to help children struggling with mental health, learning disorders and needing extra support amid the current crisis. This morning, at 10 a.m. PST/1 p.m. ET, it’s Qualley who will give it a go as cohost.

“It wasn’t even the numbers that really shocked me,” continues Heffington. “It was mostly about people sending comments of where they were from, how many different countries around the world were being represented. That was shocking to me.”

Perhaps best known for his work in Sia’s “Chandelier” and “Elastic Heart” music videos, Heffington’s choreography has been featured in a range of projects, from creating the otherworldly “five movements” routine in Netflix’s “The OA” to Qualley’s dance moves in Spike Jonze’s short film for the Kenzo World Power fragrance campaign. He’s also behind the new (and virtually choreographed) Major Lazer and Mumford & Sons’ video for their collaborative single “Lay Your Head on Me,” released last week on Earth Day. His next project is Lin-Manuel Miranda’s directorial debut film, “Tick, Tick…Boom!” 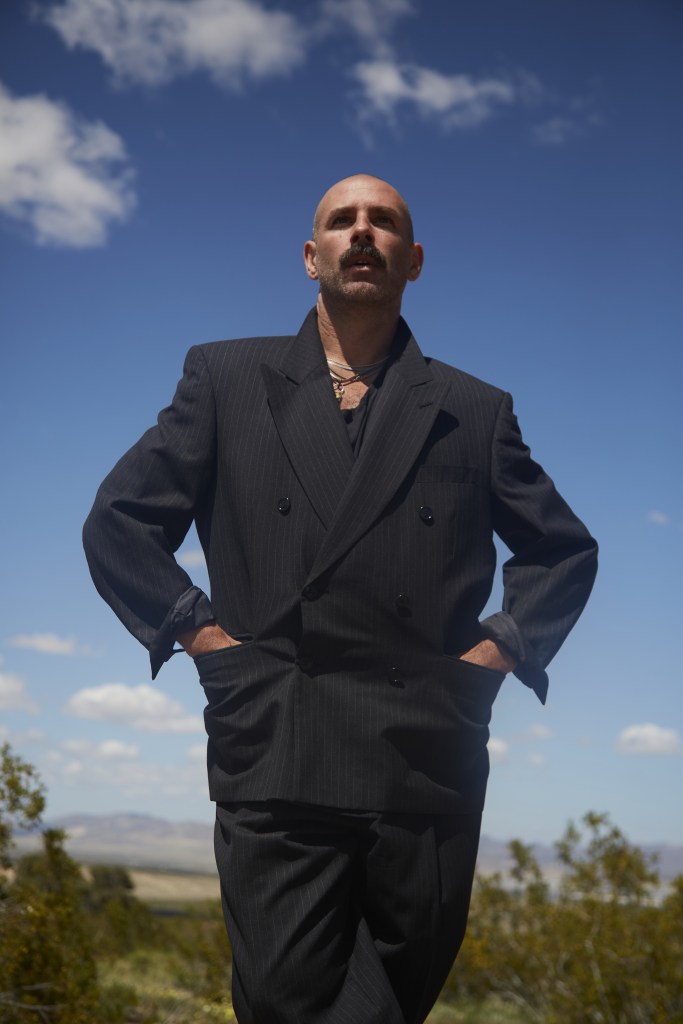 “For an hour a day, you get to escape this gray world we’re living in,” he says of #SweatFest’s possible attraction as the world faces the coronavirus pandemic. “There’s a lot of fear, anxiety, a lot of unknown. There’s a lot of elements of release in class. We get to be campy, childlike and, at the same time, we’re exercising.”

Raised in a small farming town in Northern California, he was put into a dance class by his parents at the age of six. “And that was it,” Heffington, now 46, adds with a chuckle. “My future was written.”

At 18 years old, he moved to L.A. and quickly became immersed in an artistic scene: “My community — sure it was a dance community, but I was more drawn to the artists, musicians, painters, tattoo artists, jewelry designers….It felt like a natural trajectory to start working with my community, and then it snowballed. The more I put out there, the more I was exposed in terms of my work. It became a slow uphill, and it was pretty consistent, and the momentum was even until ‘Chandelier’ hit. And then, you know, the roof got blown off and another chapter of my life started.”

He began the virtual class, he says sincerely, for “selfish” reasons. “I wanted to keep moving,” he says of being confined. “The main avenue for me to stay in shape is to teach.”

But now, #SweatFest has evolved to become so much more than he anticipated: “It’s beyond rewarding. The responses that I’m getting…from first responders, people in the medical fields, parents at home with their kids. I get super emotional and, for me, uplifting comments that this is saving them, that this is turning their lives around amid this chaos right now.”

A nurse messaged him sharing that she had listened to his class with her phone in her pocket. “She couldn’t [attend] it, because her shifts were extended,” he continues. “She’s like, ‘This is the one thing that gets me through my shift. I just listen to the energy that’s coming out of the class and you and your voice, and it saves me for the day.’”

To Heffington, dance has always been a form of remedy, and in times ahead, he sees the art being embraced to a higher degree.

“I find that we’re at a point where Western medicine is not painting the most beautiful picture in terms of money, accessibility, and in turn, it feels like poison,” he explains. “We’re turning to the alternatives, like natural medicine, psychedelics, movement….I see movement, especially dance, being prescribed for certain conditions.

“Since I was six, dance has been therapy for me without even knowing it,” he continues. “I think we’re going to start realizing the benefits of dance, not just physically but mentally and spiritually. It’s going to be a leader.”

How the Karl Lagerfeld Brand Is Getting Into Online Fitness