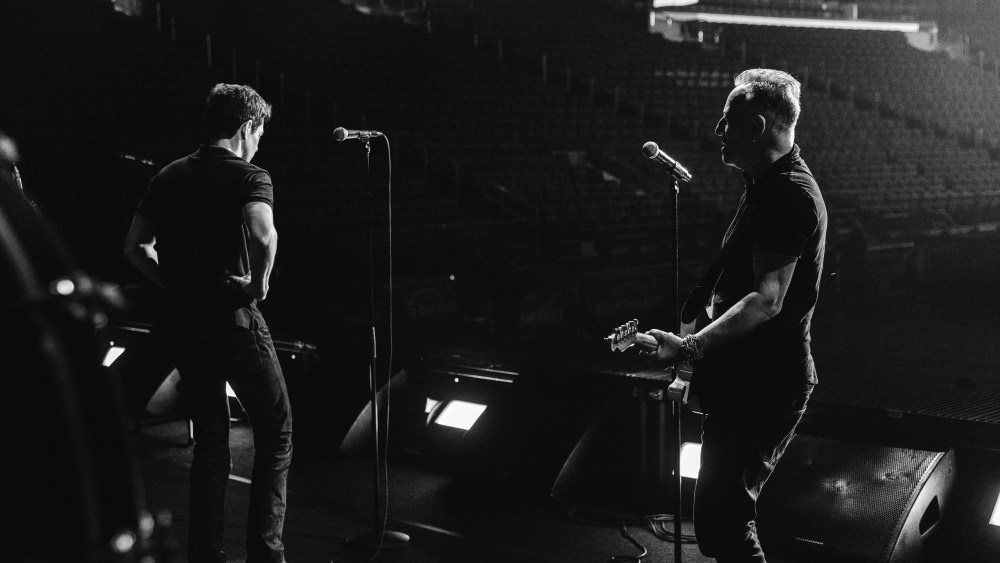 “Everybody knows God made Saturday nights for rock ‘n’ roll.”

After having to cancel their planned tour in support of their 2020 album “Imploding the Mirage,” The Killers are finally back on the road with their long-awaited North American tour, having released another album in the meantime (2021’s “Pressure Machine”). The band made a two-night stop at Madison Square Garden over the weekend, and as frontman Brandon Flowers promised with the above sentiment, they were ready to put on a show.

Friday night’s show saw The Smiths’ Johnny Marr return to the stage (having opened for the band on this tour), this time bringing out former Smiths bassist Andy Rourke to perform two of the band’s classics, “There Is a Light That Never Goes Out” and “How Soon Is Now?”

Come Saturday, The Killers suspiciously closed out the set with two of their biggest songs, “All These Things That I’ve Done” and “When You Were Young,” with still the encore to go. When they returned to stage, Flowers announced that the one and only Bruce Springsteen was with them, and they launched into Springsteen’s 1978 song “Badlands, followed by their collaboration “Dustland,” a version of The Killers’ 2008 song “A Dustland Fairytale.” To close out the night, Flowers and Springsteen shared the mic on “Born to Run” as the concert-starved crowd of rock fans belted their hearts out in tune.

Here, the band’s photographer Chris Phelps captures for WWD an intimate look behind-the-scenes of the band getting ready for the big MSG shows.