The Many Faces and Voices of Rapper-Turned-Actor Princess Nokia

Princess Nokia can be found nowhere near the character she plays in the new movie “Angelfish.”

The New York rapper and actress, née Destiny Frasqueri, makes her film debut as Eva in the feature, but the character she takes on for the Peter Andrew Lee-directed movie is nothing like the persona she adopts on-stage — or her real-life self.

“I thought it would be beautiful to create a character that I didn’t relate to,” Frasqueri says over the phone from her home in New York. She’s just come from a trip — before that, she was filming “Angelfish” and before that, she finished a world tour named after her 2017 album “1992,” the one that put her on the map as, in her words, “a semi-household name.” 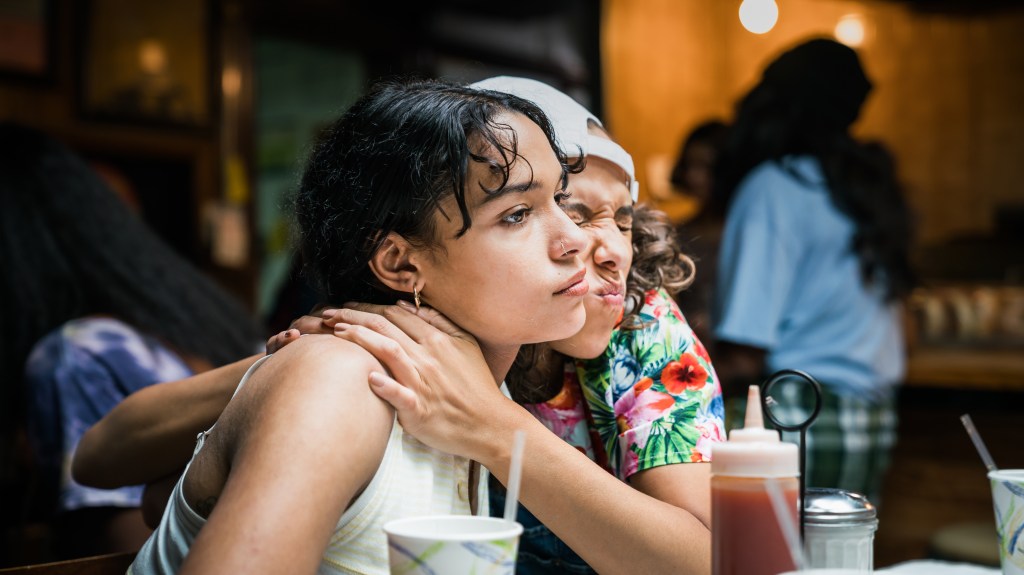 Frasqueri is known in musical circles as somewhat of an enigma. She isn’t a mainstream artist, nor does she exist on the fringes of rap; her latest single “Sugar Honey Ice Tea” has over a million views on YouTube and her hit “Tomboy” is in a commercial for the Millennial razor brand Billie.

Although Princess Nokia says she isn’t into putting labels on what she does — she describes herself as “noncomformist” often — for all intents and purposes, she can be called an underground rapper.

Now, she’s an actor, too, fulfilling a dream she’s had since she was a child, after she watched Audrey Tautou play “Amelie” in the French film of the same name. 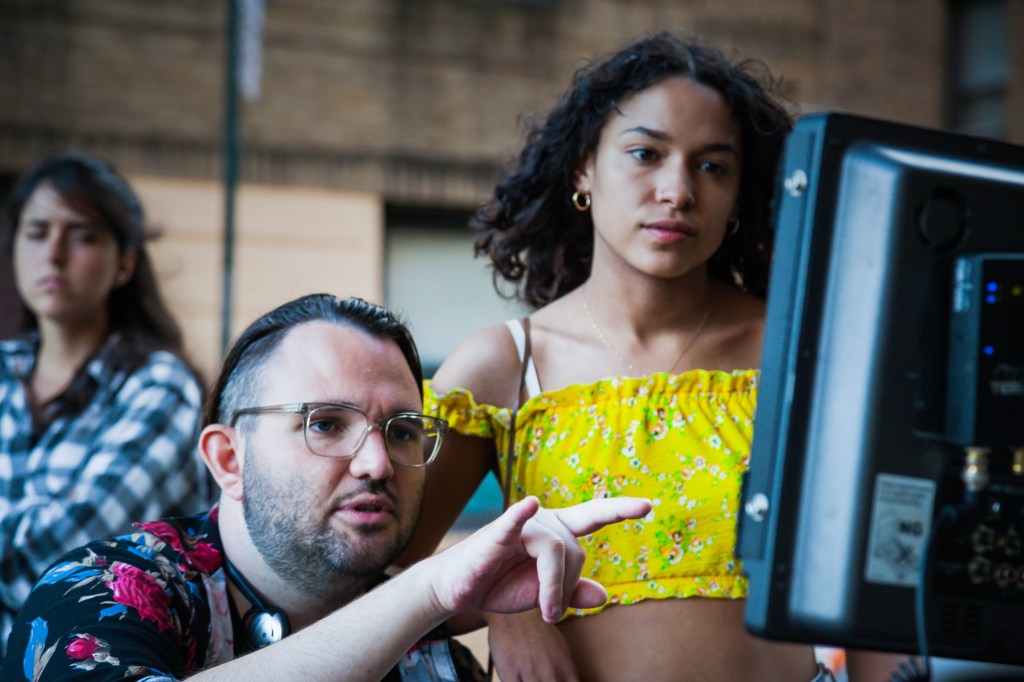 Before Lee scouted Frasqueri for “Angelfish,” the director was a stranger to her. But he reached out and asked her to take on Eva in the film he’d written based on his parents’ love story: a young man and woman from two completely different backgrounds fall in love over the course of a summer that ultimately changes their lives.

“I’ve had intuitions that say, ‘Don’t do it, don’t waste your time,’” Frasqueri explains. “And my intuition said, ‘Do this movie.’ So I went with it. I got off the tour beginning of September, and I started shooting right on Oct. 1.”

She immediately began developing her character, Eva — a reserved, sweetly naive girl living in the Bronx. Frasqueri herself is an eccentric oddity, one who takes in her surroundings to make new characters for music, film and everyday life, too. While talking on the phone, her voices shift based on the subject she’s discussing. When she hashes out how she recently prioritized spending time with her family, doing things she missed out on while on tour like tending to her home and being around people who mean a lot to her, her voice is soft, quiet and pleasant. But Frasqueri gets tripped up talking about the new album she’s working on: “Oh, f–k, girl, you’ve done put me on the spot and now I can’t even talk to you.” 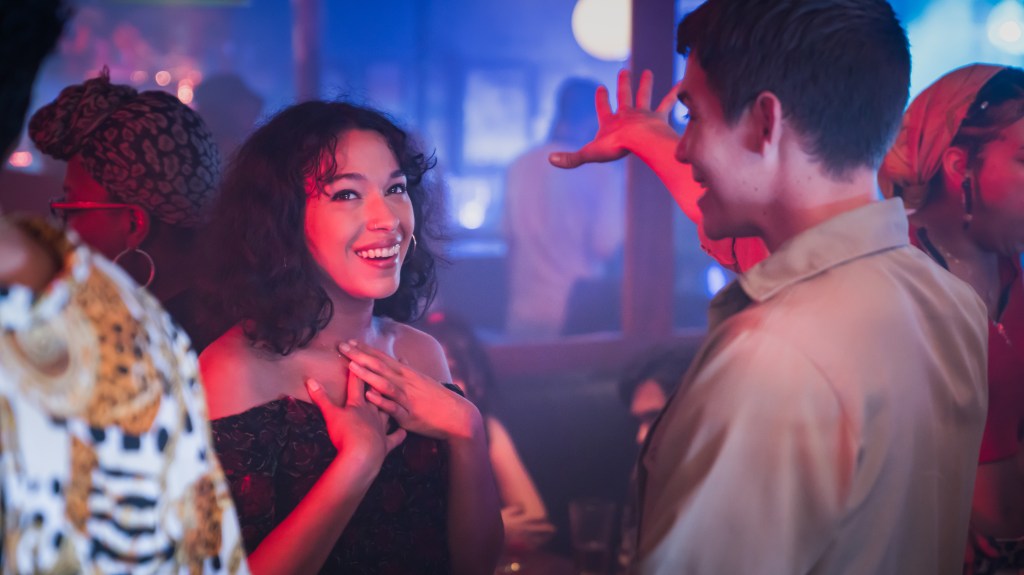 She says to create Eva, she looked back to high school, when she was a wild child, somewhere between a punk and a deadhead. When she was all about chaos, lots of fun, going out, smoking weed, playing guitar, dropping acid.

Eva, on the other hand, is based on the first-generation immigrant teens with whom Frasqueri went to Catholic school. They were usually South American, and she noticed they had a closed-off nature to them, something they were protecting. They would sit at tables during lunchtime, reserved and guarded, not sharing much. They were studious, but they weren’t square bookworms, either. They were simply in their own lane. 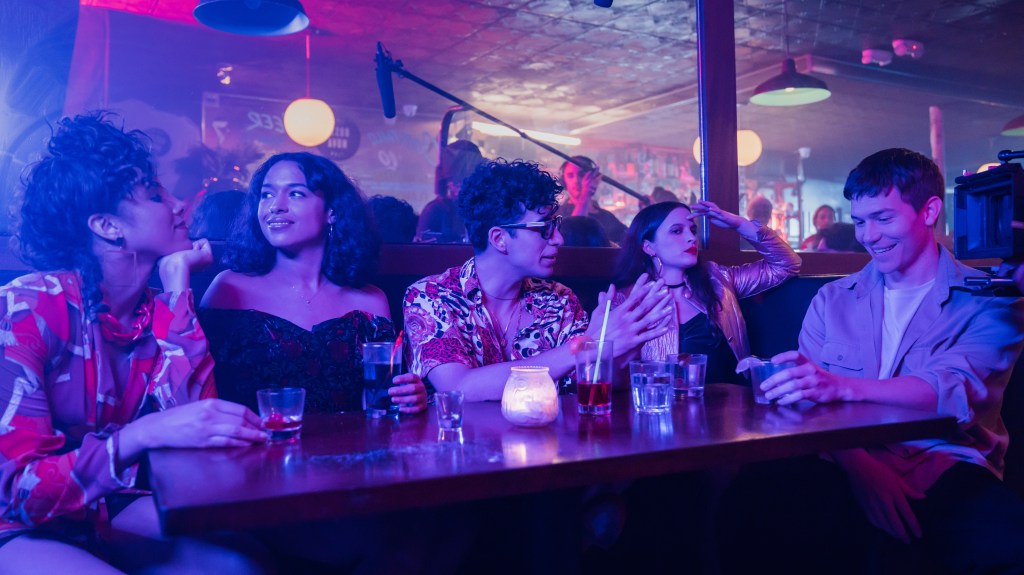 On set for the new film “Angelfish.”  Ramy Mam/Courtesy Photograph

“I remember being so different from them,” Frasqueri says. “My parents went to [the New York City night club] The Tunnel. My parents were artists, bohemian, hanging out a lot. Eva has an expectation to live up to, which is this testament to the hardworking realities and expectations of immigrant Latino families. The girls who got their work done on time, the girls who didn’t speak up during class, and weren’t very interested in boys and were studying for hours after school to do internships. Eva was those girls, and there’s a part of me that wanted to be like that so badly. I channeled that deeply into that role.

“That’s dedicated to all the women around me, who I admired for their hard work, because I was wild and I just didn’t measure up to those standards. It’s a beautiful aspect of Latinidad.” 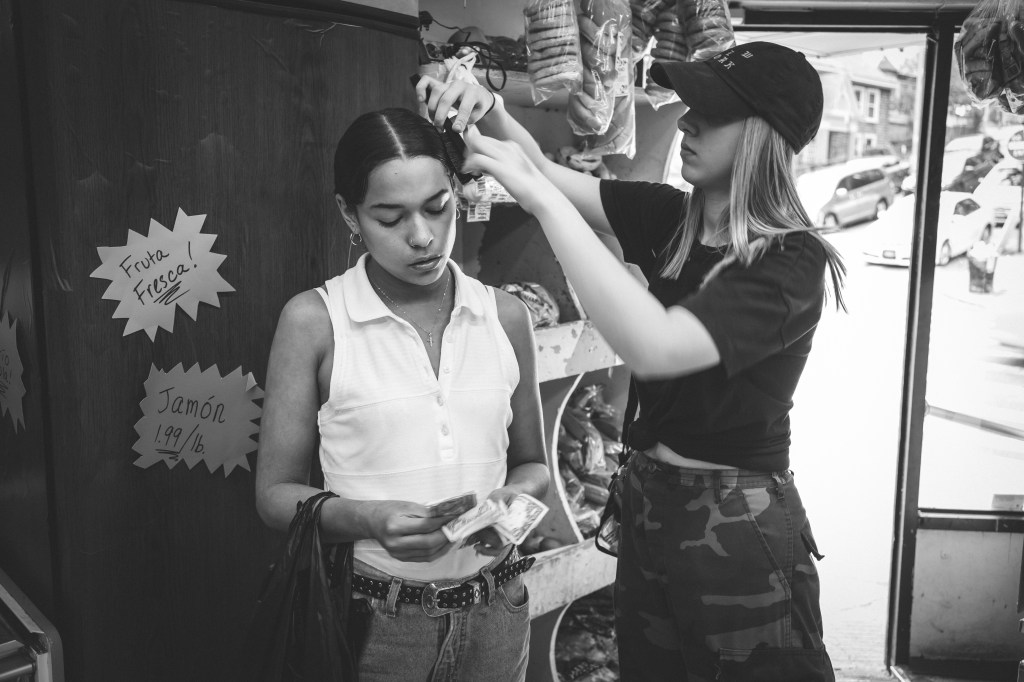 Frasqueri’s still absorbed in music — with a new single titled “Balenciaga” that just dropped — but she sees acting as a symbiosis, something that she will continue to pursue alongside her musical career.

“I’ve seen so many incredible people before me do this, like Aaliyah and Donald Glover,” she says. “There are so many examples of people in life who just love art so much and they choose the way they want to express it.”

Her voice softens a little bit, and she pauses. It’s unclear which character she’ll evoke in her next thing sentence. Maybe it’s just her.

“That’s what Destiny Princess Nokia does.”

Megan Thee Stallion: A Scholar With Dreams of Giving Back