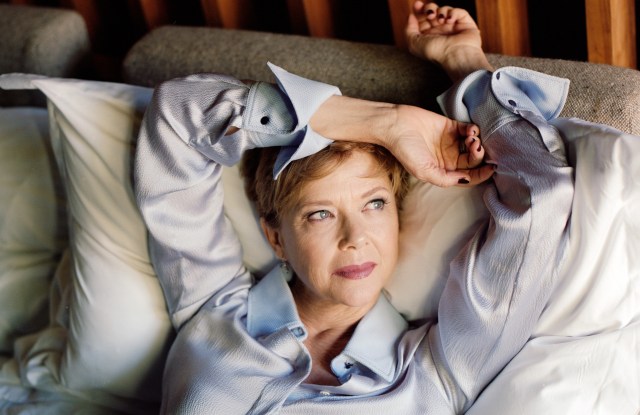 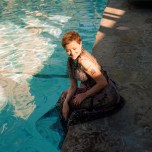 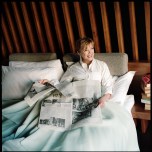 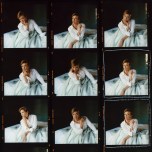 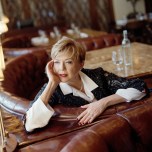 There’s a scene in “Film Stars Don’t Die in Liverpool” in which Annette Bening, in character as the film noir actress Gloria Grahame, turns to her much-younger lover as they’re about to head into public and asks, “Tell me how I look.”

It’s a moment of vanity, yes, but also of fragility and weakness — one in which Bening shines.

The four-time Oscar-nominated actress, known for playing bold and commanding women, has spent 20 years waiting to be age-appropriate to portray Ms. Grahame, who won the Oscar for “The Bad and the Beautiful” and was a controversial figure in Hollywood for her rather salacious personal life. Her relationship with the much-younger Englishman Peter Turner, which began later in her career and stretched through the end of her life, was detailed in the memoir Turner penned on which the film, due for wide American release on Dec. 29, is based.

“When Gloria was a young actress, there were many more ‘good girls’ and ‘bad girls’ and ‘good mothers’ and ‘bad mothers,’ and those stereotypes that were rampant in all storytelling about women,” Bening says. “And I think now there’s a lot of change going on and the reality of women’s lives is getting voiced. And the reality of the complexity of things: sometimes you’ve got it together, and sometimes you don’t.”

Bening, 59, is a modern icon of an actress: All chops and no diva. On set at the Hollywood Roosevelt hotel, she is unassuming and approachable, doing The New York Times crossword with the crew between shots at the hotel pool’s edge and in a restaurant banquette. Later, in an interview, she is warm, with the restraint learned from experience to keep the conversation on the professional topics at hand (a quality lacking from many of her more junior peers in the industry).

“Annette understands what it is to be a film star, she understands the whole Hollywood world,” says Paul McGuigan, director of “Film Stars Don’t Die in Liverpool.” “But I think she was also really interested in the fading star part of it as well. I think she just really liked that part of it, and it was interesting to go into. She’s Annette Bening, so she’s perfect for arguably anybody.”

Grahame passed away in 1981 and limited information about her life was left behind. Her impact on Hollywood lingers on through those who knew her as vibrant, glamorous and one-of-a-kind.

“There’s an actor named Dennis Christopher who lives in New York who was in a movie that Gloria made in the Seventies, a kind of not-very-good horror movie,” Bening says. “And he came to a thing that I did the other day and we had the best conversation — he was so fond of her. They had been friends; he talked about her liveliness and [how] she was just so open — open to the moment, open to what was happening. And she was an unusual person: She went back to New York and studied acting, she was a movie star, she’d won an Academy Award and she was there in class — but there’s a lot about her and the intricacies with her personal life, which was a very complicated life, that I will never know the answers to.”

What is largely known and documented is her relationship with Turner. Theirs is an “unusual” love, Bening says, one that, given their 20-plus-year age difference, encapsulated much of Grahame’s approach to life and her fixation with appearance.

“It’s that that hooked me, and that hooks a lot of people about this,” Bening says of the relationship between Grahame and Turner, portrayed in the film by English actor Jamie Bell. “It’s a very abstract and tasteful memoir about a very unusual relationship.”

Bening first encountered Grahame when preparing for her role in the 1991 film “The Grifters.” “[The film’s director] Stephen Frears suggested I watch Gloria; ‘The Grifters’ was a kind of noir-esque movie, so we were dealing with a lot of the same people that are in a lot of noir movies,” Bening says. “And certainly Gloria plays a handful of femme fatales, so it was a perfect reference point.”

It was around that time that she and Barbara Broccoli, the “James Bond” producer, became friends and discussed Bening one day portraying the actress.

It is perhaps atypical of a Hollywood actress to be wishing for age, both a result of vanity and job security. And certainly Grahame was no such woman; the actress was renowned for being concerned with her looks, undergoing surgery on her lips to so they appeared fuller and more youthful.

Bening seems the exact opposite.

“What’s important to her in this role is that there is no veneer,” Broccoli says of Bening. “She is completely real: she wanted to play a real woman, a complex woman, a woman of her age in this time of life, where she is reflecting on her life and her career and her relationships, and she’s with a younger man and has this disease — it’s very, very complex. And I think Annette’s performance is so extraordinary because she has no vanity — she’s just wanting to play it with as much truthfulness as possible.”

“She was aware that she was older than Peter,” Bening says. “I think she was conscious of it: whether or not she was attractive and whether or not she could maintain his interest — but then she also would put him off. She felt vulnerable to him, because she loved him, she really did love him. And anyone that we really truly are in love with, we are vulnerable to in a very deep way.”

Bening’s four Oscar-nominated roles — in 1991 for “The Grifters”; in 2000 for “American Beauty”; in 2005 for “Being Julia,” and again in 2011’s “The Kids Are All Right” — as well as recently lauded performances like in last year’s “20th Century Women,” show an actress committed to honest portrayals of women. Many have discussed her role as a potential contender; the Twitterverse was in arms when she was excluded from a Golden Globes nomination this week.

“I think she does so much for women by showing a woman who is in her 50s, incredibly beautiful and sexy and vibrant, and all the things that women are at that time of life, that is just hardly ever portrayed in films,” Broccoli says of Bening in “Film Stars.” “I think she is at the peak of her career.”

Bening has been acting in films since her debut in 1988’s comedy “The Great Outdoors”; the industry’s present reckoning is reflective of a shift she’s been witnessing as her career progressed and attitudes toward women in film began to adjust.

“Absolutely I think it has changed, and I think it’s continuing to change. It’s having a meteoric rise, partly because more women are writing and directing, but also because that’s in the zeitgeist; there’s a big cultural shift going on with women having more education, having more choice about what they want to do with their lives, having children or not, and what kind of work they want to do. [It] has opened up all kinds of new storytelling,” she says. “So there’s a big shift going on — although it’s in some ways slow, and in other ways it’s a torrent of change for women in terms of storytelling.”

Perhaps then she has hope for the way the industry is moving. A couple of her four children with husband of 25 years Warren Beatty — who range in age from 17 to 25 — have expressed interest in the industry, which she fully supports.

“I have a very strong feeling that people who want to study acting, should. And no one has the right to discourage them, because any passion, not just acting, it’s necessary to follow that. Because that then leads you where you need to go, wherever that is, in terms of life experience and your creative expression,” she says. “As Joseph Campbell would say, you follow your bliss. You follow your desires, you follow your passions, and generally you head off in the right direction in life. And then things happen and don’t happen, and people make their adjustments, and off they go.”

Dave Franco Is in the Room