The Road for Carla Gugino

At 40, the seasoned character actress is best known for two types of roles: the mom figure and more adult roles that tend to deploy her bombshell figure. 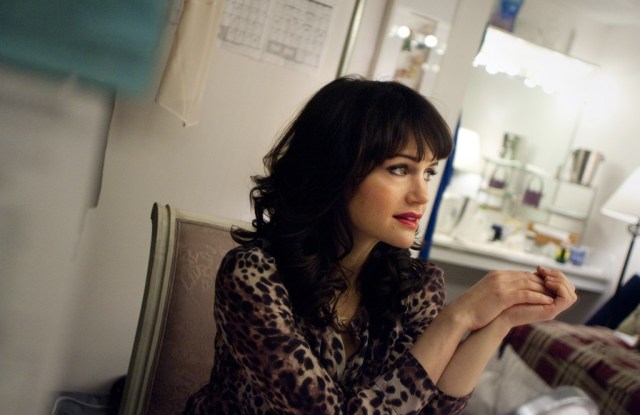 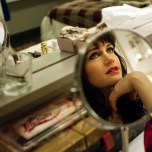 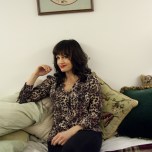 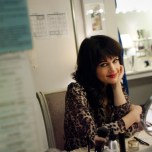 On a recent Friday evening, Carla Gugino had just finished her salmon entrée at Manhattan theater district standby Orso when she said something you don’t ever expect to hear from an actress.

“I was really looking forward to hitting my 30s,” Gugino says, recalling her early career, “because I knew that would be the beginning of the roles that the outside of me and the inside of me sort of started to come together.”

It’s less than two hours before one of the final preview performances of “The Road to Mecca,” South African playwright Athol Fugard’s two-act reflection on artistic creation. Though she’ll soon be onstage in peasant skirt and unassuming blouse, Gugino is stylish for her early dinner in a low-cut Isabel Marant leopard print top and hip-hugging black Topshop pants.

At 40, Gugino is a seasoned character actress best known of late for two distinct types of roles: the mom or mom-ish figure in family-friendly stuff like “Spy Kids,” “Mr. Popper’s Penguins” and “A Night at the Museum,” and more adult roles that tend to deploy her bombshell figure, just-husky-enough voice and general air of what might be called “casual sexiness.” There was her recurring role on “Entourage” as the agent/occasional temptress Amanda Daniels, then a stint on “Californication” as a lawyer/love interest to David Duchovny’s Hank Moody, and a recent spate of dark, graphic novel-type feature fare such as “Sin City,” “Watchmen” and “Sucker Punch.” She photographs very well in both superhero garb and her undergarments.

Which brings us back to the age thing. Now in her third decade in the business, Gugino has the sort of brute sense of self that comes with having dealt with casting directors since she was 16. (She fibbed her age down two years to land her first movie role in the 1989 cult classic “Troop Beverly Hills.”) The comment about looking forward to her 30s when she was in her 20s comes in a discussion of studio age stars like Ava Gardner and Bette Davis.

“I always felt that was probably more aesthetically my time, because I look more…you know when the gamine, waif, kind of slightly androgynous look came around, I was like ‘Oh that’s not me, I don’t want to deal with that at all,’” she says. “That’s what I always loved about those ladies. They were women.”

Sure enough, Gugino made her Broadway debut in a 2004 revival of Arthur Miller’s “After the Fall,” playing Maggie, the thinly veiled Marilyn Monroe character in the playwright’s mostly autobiographical work. She’s since quietly built a solid midcareer stage résumé with performances in revivals of Tennesee Williams’ “Suddenly Last Summer” and Eugene O’Neill’s “Desire Under the Elms.” The theater has allowed her a chance to flex a new set of muscles, and given her the sort of prestige work that has largely eluded her onscreen — not that she’s impolite enough to say so.

“The Road to Mecca,” staged by Roundabout Theatre Company, which opened to positive reviews last week, is her largest departure yet from the typical Gugino role. She co-stars alongside 83-year-old stage legend Rosemary Harris as Elsa, a progressive-minded schoolteacher in apartheid-era South Africa. For the role, Gugino affects a South African accent, and spends a significant amount of stage time in a nightgown. Her character plays a sort of existential chess with the cast’s only other member, Jim Dale, over the fate of Harris’ Miss Helen, an aging, eccentric folk artist. It’s a dialogue-intensive two hours. At the Friday night preview a week prior, Gugino looked exhausted come curtain call.

“You know, there’s nothing fun about yelling at Rosemary Harris for God’s sake,” she says.

Maybe not fun per se, but she certainly seems to be enjoying the work.