Boys’ Night Out With U.S. Royalty

WWD blew off curfew to hang out with John Thornley, the blue-eyed front man for the all-male rock band. 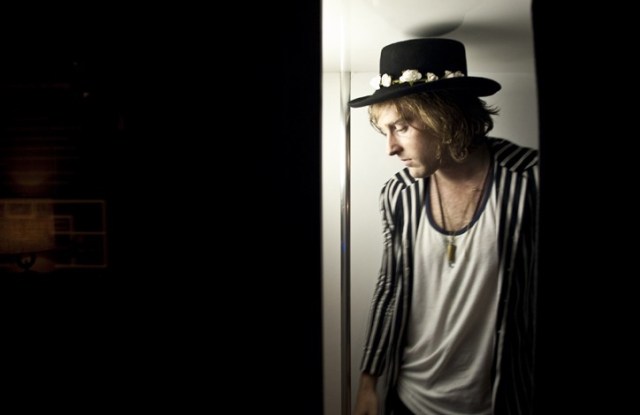 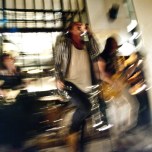 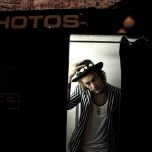 Two a.m. on a Monday — decent people call it Sunday night — is not an hour I see voluntarily. But I blew my curfew this week to witness what I assumed would be the rowdy stylings of a twentysomething, all-male rock band possibly on the brink of something big. Living a little, as they say.

U.S. Royalty, a Washington, D.C.-based group that has been getting attention lately, had just played the Ace Hotel on 29th Street to a maximum-capacity turnout of the type of people who look like they shop at Steven Alan and hang out in hotel lobby bars. The music must be pretty good because even the bizarre table of loners who are glued to their laptops like pieces of furniture were compelled to look up from the ambient light of their MacBook Airs. “Equestrian,” U.S. Royalty’s first album, came out late last year, and they have been touring where they can since. They’re most popular in the Midwest, Miami and in their hometown. Becka Diamond and Dree Hemingway are fans.

Yet after midnight the scene at Cabin Down Below, where the band had landed postshow with their friends, was far more civilized than the hour. People were gathered around a fireplace. You could speak at a reasonable decibel and be heard. Earlier in the night, John Thornley, the 28-year-old, blue-eyed front man, had told me that everyone would be behaving responsibly in anticipation of a radio thing they had the next day. It must be early, right? “I don’t know, noon or 1?” he said. Music is a business, too.

Thornley looks like he was born for the job. He and his younger brother Paul, the band’s guitarist, grew up in southern Maryland before moving to D.C. after college, where John worked as a government contractor during the day before committing to U.S. Royalty, whose other members include bassist Jacob Michael and drummer Luke Adams, full-time. John explained their sound as “dramatic but thematic” and “kind of gritty but also pretty,” which is also an apt description of the band’s overall look. John was wearing a vintage black-and-white-striped blazer accessorized according to type with a garland of white rosettes rounding the brim of a black hat, crystal jewelry and big snakeskin boots. The rest of the guys’ combination of good looks and casual fashion sense is becoming bait for fashion editors looking for the next stylish group to latch onto. Earlier this year, Esquire put U.S. Royalty on its list of The 50 Most Stylish Musicians of the Last 50 Years. Christopher Bastin cast John in a Gant Rugger video for the fall 2010 collection, and New York video artist Jake Davis recently featured him in one of his cinematic test shots, which capture people with interesting personal style — Gay Talese was another subject — in slow motion.

That kind of attention would seem to bode well for the band, but John did not appear phased. Maybe his mind was elsewhere. “In New Mexico you can just park your trailer on a big bluff for $100 a month,” he said before the laptop table caught his eye. “I wouldn’t mind Skype-ing my girlfriend. She lives in Stockholm.”

I drew the obvious conclusion: She’s a Swedish model whom he clearly picked up on tour, right? “We met in D.C.,” he said. “Her dad was the Swedish ambassador, so she came here for school.