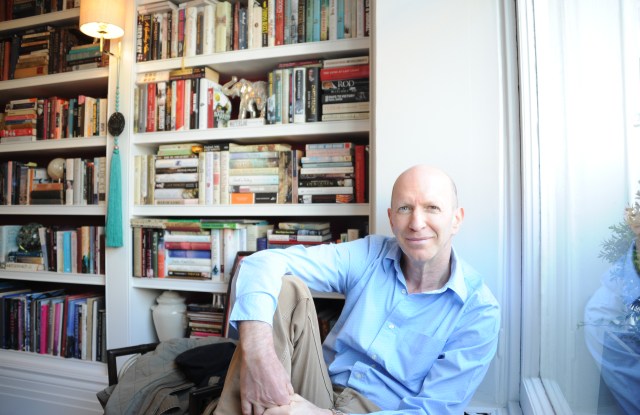 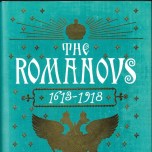 LONDON — Simon Sebag Montefiore has spent a career cutting a literary swathe through Russia, its history, its thrusting personalities — from Catherine the Great to the young Stalin — and the vast cast of characters who lived before and after.

The Cambridge Ph.D. with strong Russian Jewish roots has channeled his fascination into Russian-themed fiction and nonfiction. (He did take a momentary detour south, however, in 2011 to pen “Jerusalem: The Biography.”) His latest work, “The Romanovs: 1613-1918” (Knopf) is the colorful culmination of decades of enthusiastic research.

The 784-page tome, which landed in U.S. bookstores earlier this month, has already garnered glowing reviews in the U.K. — for its research, chatty style and “sheer Hammer Horror” details, according to the Daily Mail. For the first time, the author has made it onto The New York Times printed bestseller list: The ranking, which will be published on Sunday, shows the “The Romanovs” at No. 15.

And while the bibliography and notes to the book run for nearly 100 pages, Montefiore’s account is as far from an academic narrative as a Black Sea sunbather from the Siberian tundra.

“It was hard to be a tsar,” he writes with great English understatement in the introduction to this often-gory tale of 20 sovereigns, male and female. They were, he writes, “the most spectacularly successful empire-builders since the Mongols. It was in a Romanov’s blood.”

During an interview in the sunny, cozy living room of his family’s London home, not far from Notting Hill Gate, Montefiore describes the book as “a saga of every debauchery, as well as of grandeur and majesty and how power affects personalities. It’s a study of psychopaths and megalomaniacs — whom we’ve all worked with many times in our own lives. It can also be read as why Russia is Russia. And why Stalin happened and Putin is happening.”

He says Vladimir Putin sees himself as the successor to the great tsars of Russia — “Peter the Great, Nicholas the First, Alexander the First and Stalin — the great successful Russian imperial rulers.”

Asked about some of his favorite characters in the book, Montefiore names Peter the Great, the famous cultural reformer who led Russia from 1682 until 1721.

“He is the most fascinating, the psychopathic brilliant monster, the ultimate titan. He was incredibly brutal and fascinated with pulling people’s teeth out. He tortured his own son to death.” (True, his eldest son and heir Alexei was suspected of wanting to overthrow him).

He also names the empress Elizaveta Petrovna, who ruled Russia from 1741 until 1762: “She’s the first fashionista, obsessed with clothes and hairdos. She had about 15,000 clothes and shoes — much more than the Kardashians,” says Montefiore, who’s dressed for the interview in a vibrant Romanov blue v-neck sweater, which matches the cover of the U.S. edition of the book, and khaki-colored jeans.

“The Kardashians are nothing compared to her and she was much more beautiful. She was the most beautiful woman in the whole of Russia — and that’s not a hyperbole. Even by modern standards, she’s hot. She loved men, she had who she wanted. And she was obsessed with French haute couture. If anybody tried to buy something she wanted, she’d threaten them with execution. She was the first — and perhaps the only kind — of haute couture fashionista/tyrant before ‘The Devil Wears Prada.’ It’s like ‘The Tsarina Wears Prada.’”

To her credit, said tsarina didn’t execute anyone during her reign, which was marked instead by grandiose balls and luxury worship.

Catherine the Great and Potemkin — Montefiore dedicated a whole book to them in 2004, and Angelina Jolie and her production company Jolie Pas have optioned the movie rights to it — also get a shout-out from the author.

“They are an amazing couple, intellectually brilliant, with a relationship captured in their letters. And then they marry secretly. And they have a secret pact and arrangement where they each can have young lovers. It’s an open marriage,” he says, adding that there’s also another couple that deserves a mention. “Alexander the Second and his mistress [Princess Yekaterina Mikhailovna Dolgorukova] — because they had the hottest relationship. And their correspondence is the most sexually explicit correspondence every written by a head of state.”

While Montefiore plans to take a break from nonfiction, he won’t leave the Russians behind. Montefiore, whose award-winning books have been translated into scores of languages, is at work on the third novel in a planned trilogy that includes “Sashenka” and “One Night in Winter.”

“The fiction books are really love stories. Love, adultery and marriage set in Stalinist Russia. There’s this sort of added jeopardy where if you have an illicit love affair with the wrong person, you can be killed. But they’re really about family and adultery and life and death. This particular one is set around the battle of Stalingrad. It’s about a mission behind enemy lines. It’s been fun writing it. But it’s been hard to get down to.”

He’s planning to writing scripts, and has a new TV series on the boil about Middle Europe. He’s also written a children’s book with his wife, the novelist Santa Montefiore, called “The Royal Rabbits of London.” It is currently under development with Twentieth Century Fox Animation, and will become a feature film.

While Montefiore has pretty much exhausted his examination of Russian history, he admits there are still a few loose ends.

“There’s a lot of things that fascinate me still. I’d like to write a biography of Ivan the Terrible,” he says of the first grand prince to be crowned tsar of Russia.

Another extreme character and murderous father, terrible Ivan will no doubt keep Montefiore’s readers tearing through the pages.