The Soho House Comes to Berlin

The private club franchise SoHo House takes over a building whose history includes stints in Nazi and Communist regimes. 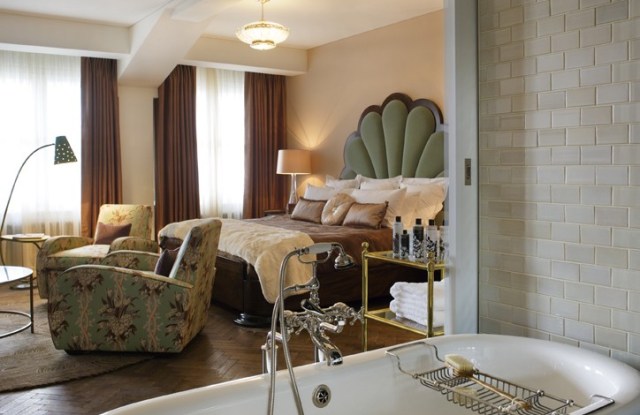 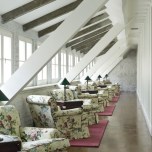 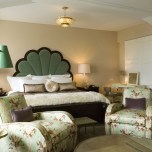 The new Soho House Berlin isn’t only the largest of the brand’s international outposts, it is potentially one of the most controversial. The 860,000-square-foot members-only club-hotel-restaurant-spa is spread over eight floors of a building whose history includes stints in Nazi and Communist regimes. Talk about baggage.

Lording over the corner of Torstrasse and Prenzlauer Allee in Mitte, the imposing structure was erected in 1928 as the Kreditkaufhaus Jonas, a department store offering installment-plan buying to the Scheunenviertel’s poor and predominantly Jewish residents. In 1942, the Nazis expropriated it for their Hitler Youth headquarters.

Things didn’t get much better from there. After the war, Torstrasse number 1 served as the East German Communist Party’s headquarters until 1956, complete with a spy department and interrogation rooms. It then morphed into the Marx-Engels-Lenin-Stalin Institute, was later the central party archives and has remained empty for the past 13 years. Converting it into essentially a grown-up playground for the hip and wealthy is a novel — not to say ironic — idea.

“All we want to do is bring a smile to people,” explains Soho House founder Nick Jones. “This building has had a very sad history, but it was never built for that purpose. And, hopefully, anyone who enters this building will have a good time from now on.”

Soho House Berlin officially opened Monday but has been up and “softly running” for a week or two. A Cecconi’s restaurant (open to the public) will bow this summer, and the cellar’s Cowshed spa is getting its final touches. The 3-D basement screening room and library already boast a packed schedule of screenings and readings, and the 800 initial Berlin-based members, and international Soho Housers, including Damien Hirst, have been actively sampling the service and cuisine in the comfy club bar and house kitchen. A rooftop bar and pool, and 40 individually designed bedrooms round out the offerings.

As for the decor, Bauhaus it’s not, with splashy chintz fabrics — including hydrangeas on the roof and black roses by Rose Cummings in the club restaurant — creating a vibe more Beverly Hills than Berlin. Interior designer Susie Atkinson channeled Dorothy Draper, mixing vintage and vintage-inspired pieces throughout.

But despite the building’s spruced-up makeover, some relics of its colorful past remain: the original politburo, a grand octagonal room with a balcony where Joseph Stalin once made a speech, is having its original paneling restored and will be available for members’ events and private hire. Dictators need not apply.

Next up: Soho House will open in Miami in the fall, on the site of the historic — and presumably less haunted — Sovereign Hotel.