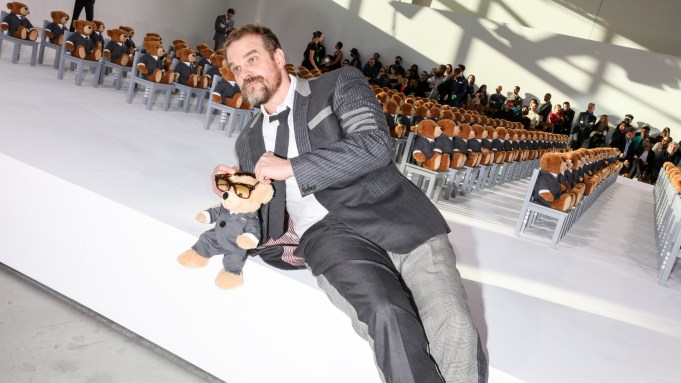 Ahead of fashion’s big night on Monday — that would be the Met Gala, of course — several famous faces made a fashionable pit stop at the Thom Browne show, held Friday evening at the Javits Center.

Dorfman confirmed she’ll be attending her first Met Gala on Monday, and will be interpreting the theme “in a contemporary way with a classic silhouette.”

Her predictions for the night?

King Princess was nearby, dressed in a fitted blazer and a pair of longer shorts.

“I saw this on the rack and thought it was very Angus Young,” she said. “I get scared of a shirt. I don’t know why, I think it’s a gay thing. Unless it’s like a basketball shirt.”

She won’t be at the Met Gala but is open to hitting a party or two.