“I haven’t thought much about my style. It’s like a whole different world to consider,” says the classical pianist, speaking from a piano bench in a showroom in Midtown Manhattan. He’d just slipped into a Tom Ford made-to-measure suit (with extra room in the sleeves, to allow for movement), and he’ll also don a Tom Ford made-to-measure tuxedo for his solo debut at Carnegie Hall on Feb. 26.

The soft-spoken 18-year-old Steinway artist, who has performed internationally and is also a student at The New School, is in the process of moving away from the stock image of a young prodigy and toward that of a bona fide classical music star. With the help of a styling team, Nickell recently underwent an image makeover ahead of his Carnegie Hall performance — although the effort was focused more on refinement than on deviating from classical norms.

“It’s interesting with classical music, that some people try to preserve the culture of the times — in terms of the music, but also in terms of the style of clothing you wear,” explains the musician, who comes across both as intensely thoughtful for his age and nonscripted. “It became a tradition to wear a tuxedo to classical performances.”

The aspect of time and location plays a role for Nickell both as a performer and a player; he researches details as minute as what the weather was like on the day a piece was composed, and like many artists, he’s channeling the current tumultuous political scene into his own compositions. While he still plans to wear a tuxedo while performing, his peers who are embracing a more experimental manner of onstage fashion can be considered through the lens of present times.

“To see classical artists really focusing on their style, and to bring that into their image as a classical musician, it’s unique,” he continues. “They’re drawing from the current times, and I think fashion is a big thing now in today’s world.”

There’s a difference between positioning oneself within the fashion sphere and veering too far from time-honored conventions, which can be trickier to accept for audiences steeped in expectations of classical performances. “I think when artists wear something kind of flashy on stage, a little unconventional, it sometimes distracts from the performance,” Nickell says. “But then again, the physicality of the performance is a pretty big part of it. There are conventions as to how people enter the stage, that everybody kind of wears a uniform, and that sort of thing,” he continues. “In that sense, the fashion that an artist is wearing is pretty tied into the performance. It can be a unique way for the artist to project a different part of their persona.”

It can also be a way to reach a different, and larger, audience than who shows up at concert halls.

Working with a team who is able to concentrate on his styling for him allows Nickell to focus on the core of his performance — specifically, presenting David Matthews’ “Piano Concerto, Op. 1” to the audience at Carnegie Hall. He describes the piece as “unique,” “beautiful” and “not ultra-modern to the point that it seems a little out of place in the Concert Hall.”

While he recognizes the significance and weight of debuting on that hallowed stage, he is not too nervous ahead of Sunday.

“It feels like a natural thing to go up and present music to people. I like to feel that it’s a way to connect with your audience as a conversation,” he says. “I’m just looking to see what feedback there is. Whether it’s good or bad, I’m interested in seeing what the impact is.” 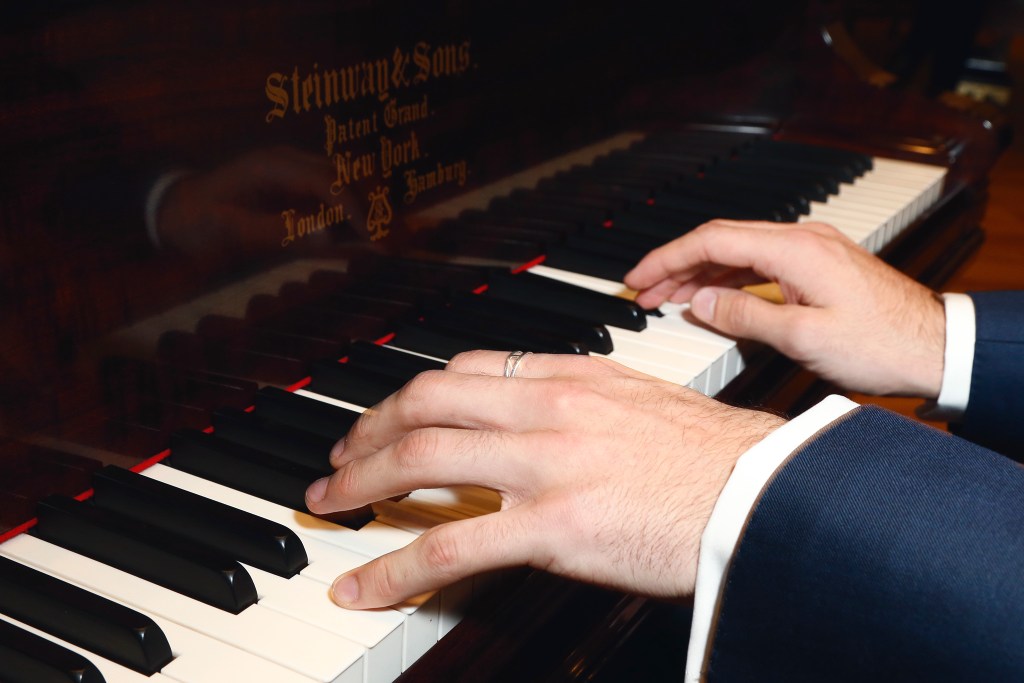