A pop-up featuring the collaboration will be open in Los Angeles from Sept. 22-24. 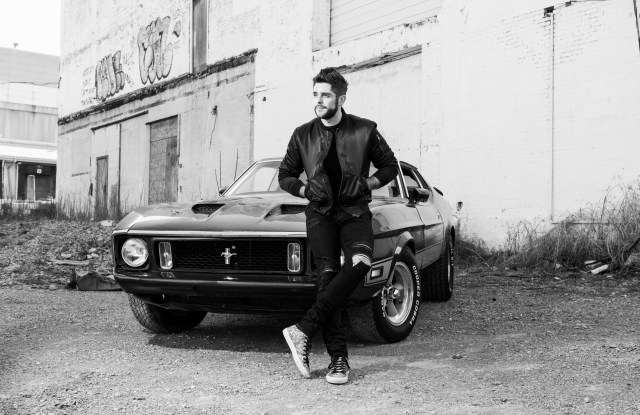 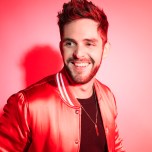 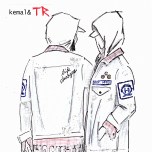 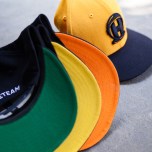 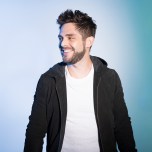 The country music star is a new dad to not one, but two, daughters, is ready to release his third album, “Life Changes,” on Sept. 8, is currently blanketing the country on his Home Team Tour, and is even going to be a judge on the Miss America pageant on Sept. 10.

Despite this schedule, the artist found time to collaborate with Los Angeles-based streetwear designer Daniel Patrick on an apparel and accessories collection and pop-up store.

“I’ve loved fashion since I was a teenager,” Thomas Rhett said in a phone interview while traveling between shows in the Northeast. “And I thought it would be cool to collaborate and make some custom pieces. It shows a whole different side of me.”

Thomas Rhett is no stranger to collaborations. His single, “Craving You,” with Maren Morris was a number-one hit earlier this summer, and a duet with his father, Rhett Akins, will be featured on the new album.

But this collaboration is different.

“For the last two years, I’ve seen a lot of artists like Justin Bieber, Drake, Guns ‘n’ Roses do pop-ups. But you don’t see it in country music,” he said. “I’ve always loved fashion and music so I thought this would be a cool way to combine them.”

The result is Daniel Patrick x Thomas Rhett and includes a Dad cap, anorak track pullover and shorts, among other things.

Thomas Rhett said he was introduced to Patrick by his stylist Kemal Harris, who was searching for pieces for the singer to wear on tour and on the red carpet. “Everything I was pulling off the rack was by Daniel Patrick,” he said. “So my stylist set up a meeting.”

Although Patrick’s streetwear vibe — his celebrity fans include Bieber, Tyga, Big Sean and Kendrick Lamar — is not the usual choice of country singers, that didn’t matter to Thomas Rhett.

“People think I’m a little crazy, they ask how can anyone in country wear this,” he said. “But it’s really the only thing I like.”

The pop-up shop will be open Sept. 22 to 24 at 501 North Fairfax in L.A.’s Fairfax Melrose District. Since Thomas Rhett will be performing in L.A. on the 22nd, he will make a personal appearance to unveil the shop and may make other stops during its run as well.

The pop-up will feature two New Era caps codesigned by Thomas Rhett and featuring his Home Team logo, as well as a one-off vintage T-shirt designed by Blaine Halvorson of MadeWorn. Harris, a Hollywood stylist who also works on “House of Cards,” has also designed half a dozen pieces for the pop-up.

While the shop will only be open for a few days, some of the merchandise will have a longer shelf life. Thomas Rhett said that select pieces will be available this fall and next spring at the merchandise shops on his tour and will be sold online as well.

“I’m freakishly involved with my merchandise,” said the “Die a Happy Man” singer, adding that the selection on his current tour is “the most fashion-forward” he’s ever done and includes a lot of streetwear influences. With tour merchandise big business for artists these days, Thomas Rhett knows there’s an opportunity to do more than just screen print his face and the tour dates on T-shirts.

By the time fall rolls around, his wife Lauren, their adopted daughter Willa Gray from Uganda, as well as their biological daughter Ada James, who was born on Aug. 12, may join him on the road.

Thomas Rhett said the girls are “getting along OK,” although Willa Gray was “a little jealous when she realized Ada is not a baby doll and was coming home to stay. But it’s hilarious to watch them,” he said.