‘Those People’ Movie Takes on Love Triangles and Financial Scandals

Writer-director Joey Kuhn talks growing up in Manhattan, cinematography, and movie-making as therapy ahead of the film's NewFest screening. 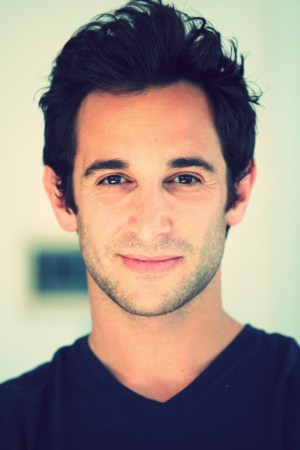 Writer-director Joey Kuhn took inspiration from his own missteps for his first feature-length film, “Those People.” “In college I accidentally fell in love with my gay best friend,” he says, point-blank. That’s the very basic plot of the movie, a coming-of-age story about a group of friends on the Upper East Side in the wake of financial scandal — a world Kuhn calls “appropriately grand” for his script. In it, his main character, Charlie, falls for an older pianist, all the while secretly in love with his own best friend, Sebastian. As the film unfolds, the characters grapple with their relationships to each other as well as to their newfound adult world.

“Because they grew up in extreme wealth, they’re kind of crushed by the weight of expectations,” says Kuhn.

Here, the New York University Graduate Film Program alum discusses growing up in Manhattan, cinematography and letting go of his own Sebastian. “Those People” is screening at NewFest on Saturday and Tuesday before being released next year.

WWD: I get the sense that the dynamic between Charlie and Sebastian was inspired by your own story. True or false?

JOEY KUHN: I knew that I wanted to tell a gay coming-of-age story that had a romance in it. And I looked to my own life for inspiration, as so many first-time feature filmmakers do, for better or for worse. And in college I accidentally fell in love with my gay best friend. I kept it secret from him for years, afraid of ruining the friendship and of rejection. It definitely sucked at the time, but provided this endless well of inspiration. In fact my second-year short film at NYU was based on him as well. So, he became the inspiration for Sebastian.

WWD: Does your Sebastian know about the film?

J.K.: He does know. I actually asked him to invest in the film, and he said no. [Laughs.] But the thing is, I told him I was in love with him when I showed my short film a couple years ago. I actually went to India, where he’s from, to visit him, and we had a three-week trip and on the last day of vacation I was like, um, so, I made a movie about you and I’m in love with you, surprise! It’s the extreme version of the cheesy guy in high school writing a song on his guitar for the girl he likes. A couple of years later when I started to make this feature, I still couldn’t get over him and couldn’t figure out why I wasn’t dating anyone long-term, and why I couldn’t open myself up to other people. Writing and shooting the film was definitely like therapy for me in trying to work through the issues.

WWD: What else did you draw inspiration from?

J.K.: I was really drawn to the story of Mark Madoff, Bernie Madoff’s son, who killed himself two years after his dad went to prison. I grew up in Manhattan and I actually knew quite a few people who lost their money to Madoff. I was drawn to the son as a character study — I thought this guy whose life was ruined for something he didn’t do was very interesting.

WWD: In some ways, the film is a study of growing up in New York, and what that does to a young person’s psyche.

J.K.: I chose to set it on the Upper East Side because it’s a much grander environment than any other neighborhood in New York, and since it’s dealing with a lot of big themes and the whole financial scandal, it kind of raises the stakes of the love triangle at the center. It’s a coming of age story for them, but they all should have come of age like five years ago — it’s a stunted group of friends. A lot of Millennials come of age later now, but I think especially when you’re stuck in this Upper East Side bubble, you don’t really get out and see the rest of the world. It’s nothing like my group of friends growing up, to be honest. All the characters are based on people I know, but everyone’s turned up to 11. My producer describes it as life but better.

WWD: The music also feels very dignified throughout. Can you tell us about it?

J.K.: It’s mostly music from the operettas of Gilbert & Sullivan. I thought the soundtrack had to be appropriately grand to go along with the setting. When I was in sixth grade I was in my school’s production of “The Gondoliers,” which is a Gilbert & Sullivan operetta, and ever since then I’ve been obsessed with the music.

WWD: What were some of the challenges you faced in being a first-time director?

J.K.: I’m not allowed to tell you the budget but it was very, very low. I knew I wanted the film to have a special look that was different than the rest of the indie films that are out now. So we shot with these vintage zoom lenses that are from the Seventies. “Cabaret” is my favorite movie of all time and my cinematographer and I watched that and a bunch of other movies for inspiration. Also, my cinematographer knows how to light like no one else — that’s how you make things look expensive on a budget. Just light really well.