The South African actress stars in "The Underground Railroad," directed by Barry Jenkins for Amazon.

Every time Thuso Mbedu has reason to celebrate, she celebrates with a new pair of sneakers.

“The only thing I’ve ever allowed myself to spend money on in the past was sneakers,” says the South African actress and shoe enthusiast from her home in L.A., where she moved in December. “I come from an industry which is very unstable. And so, from time to time, I would allow myself to splurge on a couple of sneakers, sneakers that in my toughest times I can walk into my closet and stare at them and they’ll make me feel better.”

Her collection has swelled as of late — and with her profile on the rise as the lead in Barry Jenkins’ series adaptation of “The Underground Railroad,” more sneakers are surely on the horizon. Recently, the 29-year-old actress was gifted a pair — “super cool and super exclusive” — by Nike. Stardom has its perks.

“I was telling my friend that when it comes to it and my sneakers don’t have space in my closet, that is when I will know that it’s time to move into a bigger house,” she says. 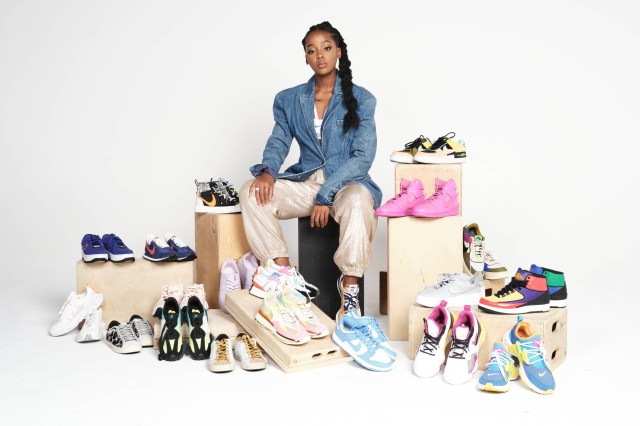 Thuso Mbedu, with sneakers from her collection.  Michael Buckner/WWD 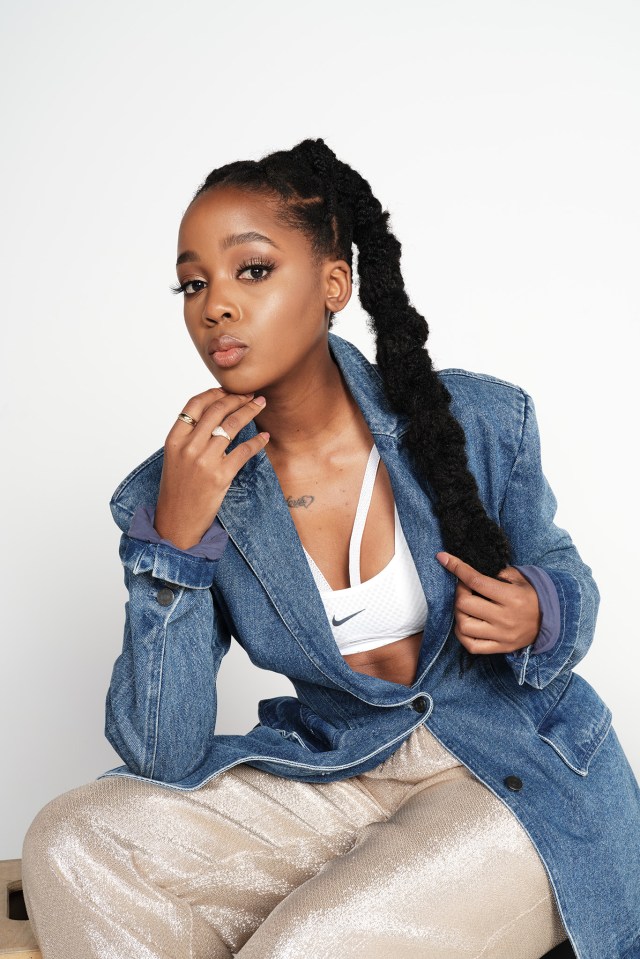 In 2018, Mbedu was in New York attending the International Emmy Awards ceremony — she had been nominated for the second time — when her manager sent over the brief for “The Underground Railroad.” A few months later, Mbedu decided to spend a few months in the U.S. and ended up in a room with the show’s casting director. She began reading for Cora, the show’s central character; she met with Jenkins the following day. “He was super chill,” says Mbedu of meeting the Oscar-winning director for the first time.

Based on Colson Whitehead’s Pulitzer-winning novel, the Amazon series follows Cora as she seeks freedom from slavery in the South with the aid of a literal underground railroad system. A slave catcher pursues her as she moves from town to town, away from the plantation she escaped in Georgia and towards safety.

“Cora is not necessarily someone with special talents or extraordinary gifts,” says Mbedu, reflecting on her character’s resonance. “She was an everyday girl who was forced to step up as she got to know herself, as she got to know the nation that she’s in. And was able to tell a story that is seemingly bigger than her.”

She also praises the show for giving voice to the intergenerational trauma, anger, and resentment internalized as a result of living in an African nation that has been oppressed, and then coming to America where systemic oppression is deeply rooted. “The reality is you can take parts of the book and literally draw parallels to stuff that is happening today.” 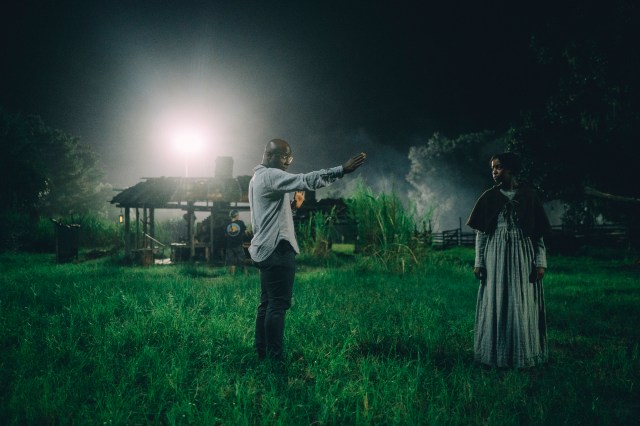 Mbedu arrived in Georgia a few months before filming began to prepare for the role, which included deep-sea diving classes, learning penmanship from the 1800s, vocal coaching, stunts and horseback riding lessons.

The beginning of the pandemic fell in the middle of production, and filming was forced to shut down for several months. Mbedu spent the time off writing screenplays and homeschooling her niece, as well as submitting self-tapes.

“It was tricky navigating those months because I couldn’t completely say goodbye to the character. I had to keep her at the back of my mind, but I could not afford to be interacting with her on any deep level because of the weight of the character,” she says, adding that the scenes they had left to shoot were some of the most emotional in the series.

Disentangling herself from the character proved challenging, although she was able to lean on her friends and fellow production cast and crew.

“I had to consciously tell myself to make sure that there was a clear distinction between who Thuso is and who Cora is because the two could easily bleed into each other and have dire consequences if the worlds collided,” she says. “Sometimes I would find myself in spaces whereas Thuso I was feeling this great sense of loss, abandonment, and rejection. And upon introspection, it was like, Thuso, you’re fine. You’re in a great place. Then like, oh, snap — that’s the residue from the character.” 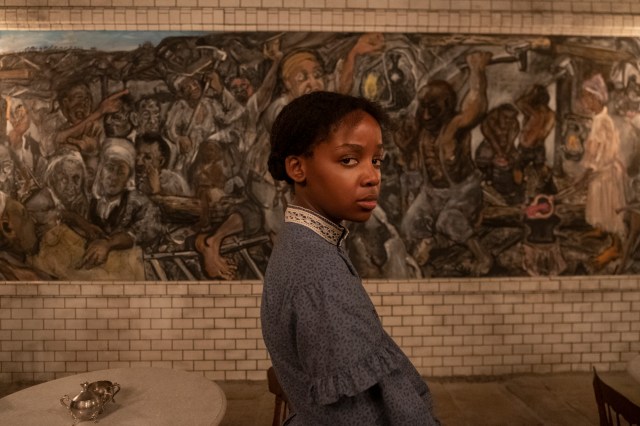 Thuso Mbedu in a still from “The Underground Railroad.”  Kyle Kaplan/Amazon Studios

The 10-episode series is many things: visually impressive, well-acted, often difficult to watch.

“As Cora goes through her journey, she gets to a point where she realizes that she cannot outrun her past. She has to take ownership of it in order for her to forge forward in her freedom and her pursuit of freedom,” says Mbedu. “And so that’s the reality of it: we cannot pretend like the past didn’t happen. That is a huge disservice because by pretending that it didn’t happen, we give it the platform to happen again.”

With the show’s debut days away, Mbedu is already gearing up for her next project, “The Woman King,” which will have her starring opposite Viola Davis. The period piece is set in West Africa’s former Kingdom of Dahomey, which was bolstered by female soldiers. To prepare, Mbedu has been taking Muay Thai and boxing lessons before production ramps up in July.

The film will shoot in South Africa, where Mbedu grew up and started in the industry. She first realized she wanted to be an actress after performing a poem she’d written in grade school.

“I remember afterward, as a 16-year-old, having grown folks come to me weeping and saying, ‘Thank you. Thank you for speaking my heart. Thank you for giving voice to something in me that I didn’t know had to be heard,’” she says. “It was that moment where I was like, this drama thing is bigger than I realized. It brings about healing and can be used as a tool for social change. That’s when I was like, this is what I believe I was created to do. And I ran with it from there.” 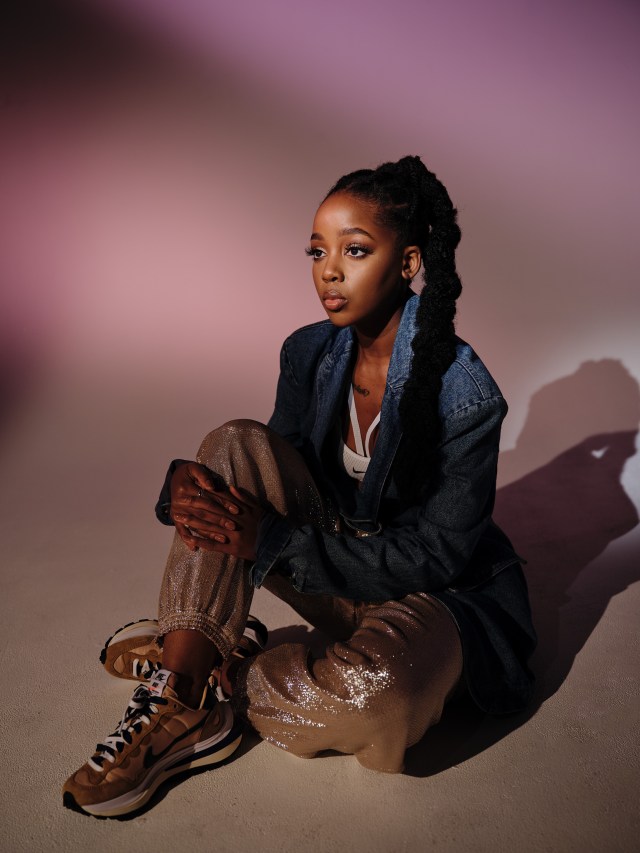 Nasim Pedrad on ‘Chad,’ a Teenage Boy Learning His Way