The 24-year-old Philly rapper is an idiosyncratic artist, the likes of which the industry hasn't seen since Missy Elliott or André 3000. If you ask her how it's done, she'll tell you: It just feels right.

“You wanna go in the Porta Potty or no?”

Tierra Whack is standing on the festival grounds at Afropunk in Brooklyn, N.Y., and she’s gesturing toward the teal portable toilet stationed near the backstage artists’ area. A performance happening nearby booms into the evening, and dust rises from the ground around her, kicked up by hordes of people walking past. She’s wearing a patchwork coverall suit by the Romanian designer Borbala, her hair in a super high and long ponytail, her eyes painted rainbow colors, lines and dots, in the style of a Marsha Hunt photograph from 1969 that she found on the Instagram account Artsy and Black. When she saw that picture, she just knew — gut feeling — that was the look she was going to rock for Afropunk.

But back to the Porta Potty. “It’s not so bad in here,” Whack says brightly. Then her tone changes and she almost chokes. “Wait, let’s hold our breaths because it’s starting to smell. Just — come on, let’s do it. Ask me a question.”

Three hours ago, Whack was in a far more glamorous situation — the 24-year-old Philadelphia native was on stage performing at the festival. Afropunk’s emcee introduced her by saying, “I’ve been waiting for this one all day. The culture gave us a gift.” Whack, brimming with youthful energy and feeding off cheers from the audience, ran around the stage, dancing and singing with her DJ, a guy named Zack who has “Whack” tattooed in a stick-and-poke style on his neck. She jumped into the crowd, surfed on their hands and rapped songs from her 2018 album “Whack World.” 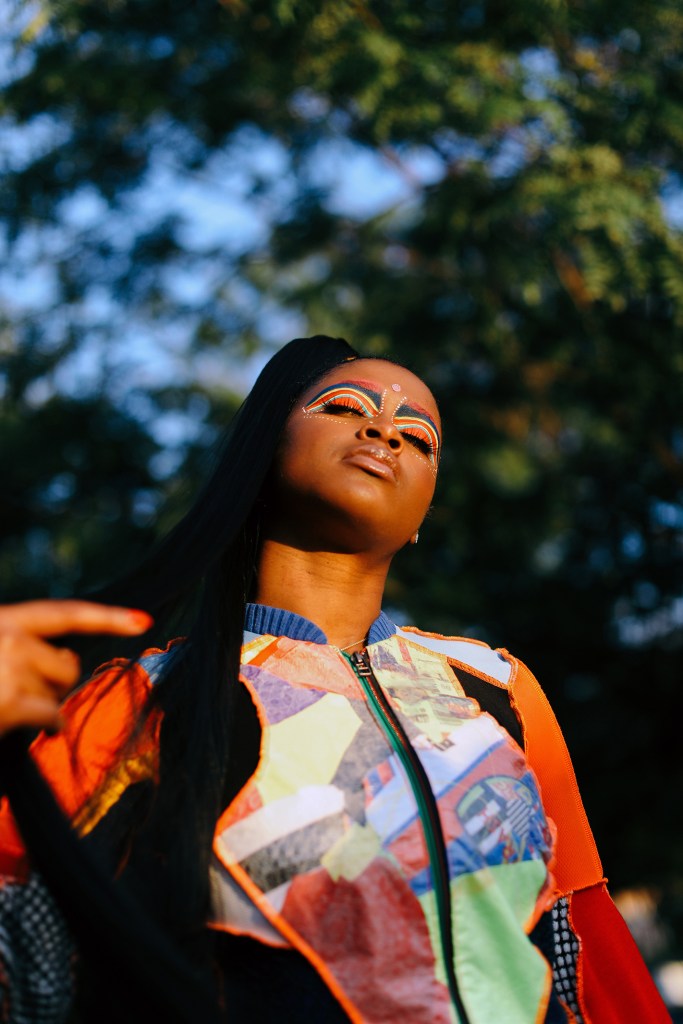 The record is comprised of 15 songs, each one minute long. The corresponding video — a universe in which Whack plays the roles of a veterinarian, an overweight exercise instructor and a house — flew low under the radar for a while, making it onto some music blogs. Then it suddenly blew up, with millions of plays on Spotify and a similar number of views on YouTube. Listeners saw and heard the uniqueness in her rhyme schemes, her pure, creative approach and the way visuals tied the entire package together. Things came to a fever pitch this year when she contributed a verse for a song on “The Lion King: The Gift” album alongside Beyoncé. Suddenly the girl who used to go by the rap name Dizzle Dizz and got her first big break spitting freestyles on a corner in North Philly had entered the mainstream.

Whack knows how to use the element of surprise to her advantage, and she employs it at Afropunk. After a fake-out in which she pretends to leave the stage, she comes back with Alicia Keys, who tries her damnedest to mirror Whack’s aesthetic with a neon pink-and-green getup. “Tierra Whack is my girl!” Keys says into the microphone, giving Whack a hug. She sings “If I Ain’t Got You” while Whack coaxes the crowd to sing along louder.

The mark of whether something will come out well or poorly, in Whack’s eyes, is whether it feels right. If it’s forced, it’s a no-go. Whack is not an artist who waxes poetic on her process. As a person, she seems quite regular. She doesn’t emit a high-maintenance vibe, nor does she take herself too seriously. Her humility creates a mystique.

“I just don’t overthink it,” she explains. “I don’t think at all sometimes. And it helps. You just gotta go and do s–t, you know?

“I didn’t plan my set today,” Whack goes on. “I knew Alicia was gonna come, everything else was just like, I just winged it. Sometimes I practice, sometimes I don’t, if we’re being honest.” 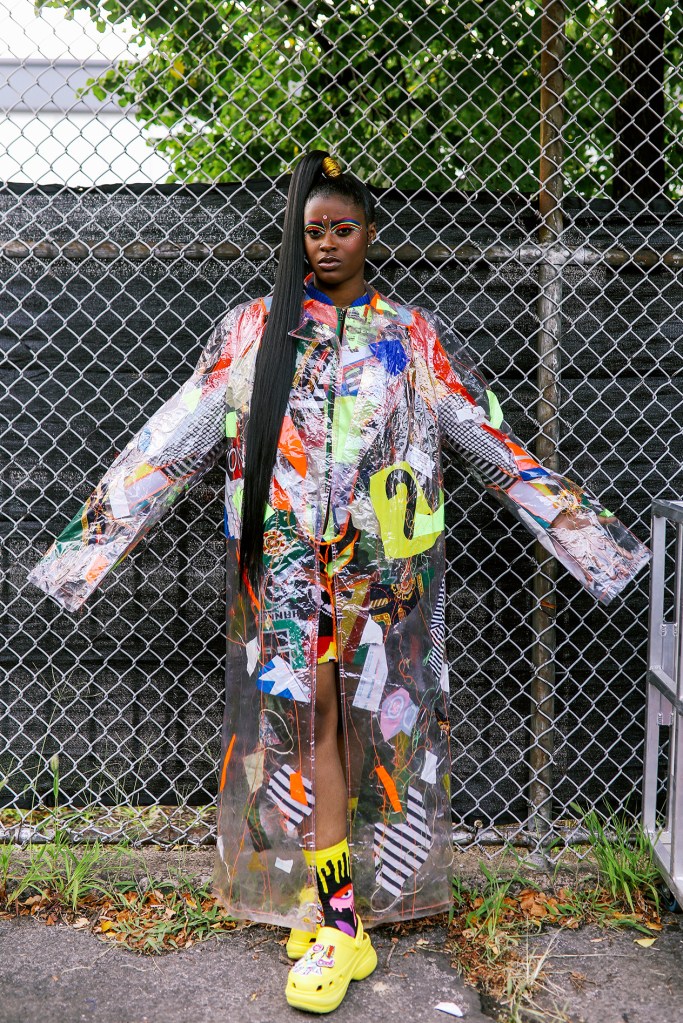 Musicians have started to take notice of Whack’s authentic sound, her idiosyncratic visuals and approach to the industry. Earlier this year, Whack — who until two or three months ago still had a 9-to-5 job working as a doorman at an apartment building on South Street in Philly — received the call from Beyoncé asking her to throw a verse onto the song “My Power.”

“Beyoncé called me. She said, ‘Hello. This is Beyoncé,’” Whack says, holding her hand up to her ear like a telephone and imitating Beyoncé’s low, smoky voice with a Houston lilt. “I was like, ‘Hey, Beyoncé.’ And she was like, ‘I want you to get on my song.’ I was like, ‘OK.’ She was like, ‘I’m gonna have my team send it over.’ Then they sent it over, and I did it in like a day. I did it so quick! ‘You’ll never take my power,’” she sings a line from the song. “See, I would have did that, I would have written the track to do all the parts myself, and they’d be like, ‘Tierra, you’re doing a little bit too much. Mmm, OK, Tierra. Somebody else needs to get some shine.’”

Whack recently had lunch with André 3000, the legendary rapper to whom she’s constantly compared. They talked about life. No music, really. Just life. He told her to follow her heart. When pressed for more detail, as has been done to her so many times in the past, she momentarily shows a slip of frustration. But it’s in this moment that her message comes through: stay true. Create. Whatever happens, happens. Regret nothing. There is zero calculation, only feelings to act upon. Maybe that’s why she’s standing inside the place you’d least expect her — a toilet.

“It’s crazy, I think people have high expectations,” she says, almost stopping herself on her own words, trying to find the right way to say it. “Everybody’s still human, you know, and normal.” Someone outside yells, knocks on the door. “We’re busy!” Whack screams back. She turns, her ponytail swishing in the dark. “I’m nobody. I promise.” 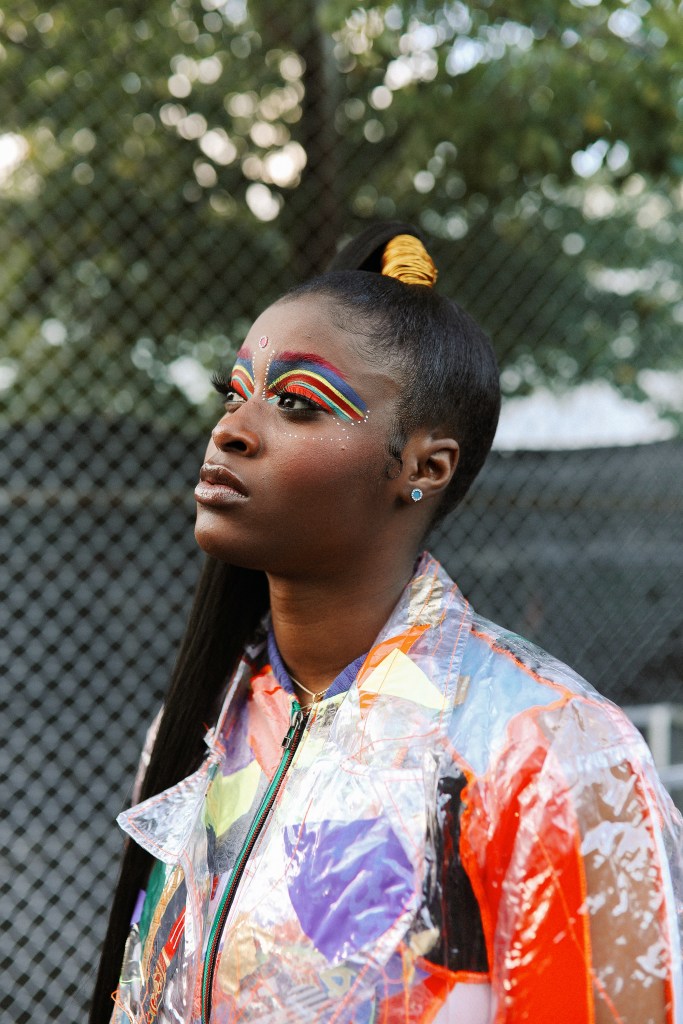 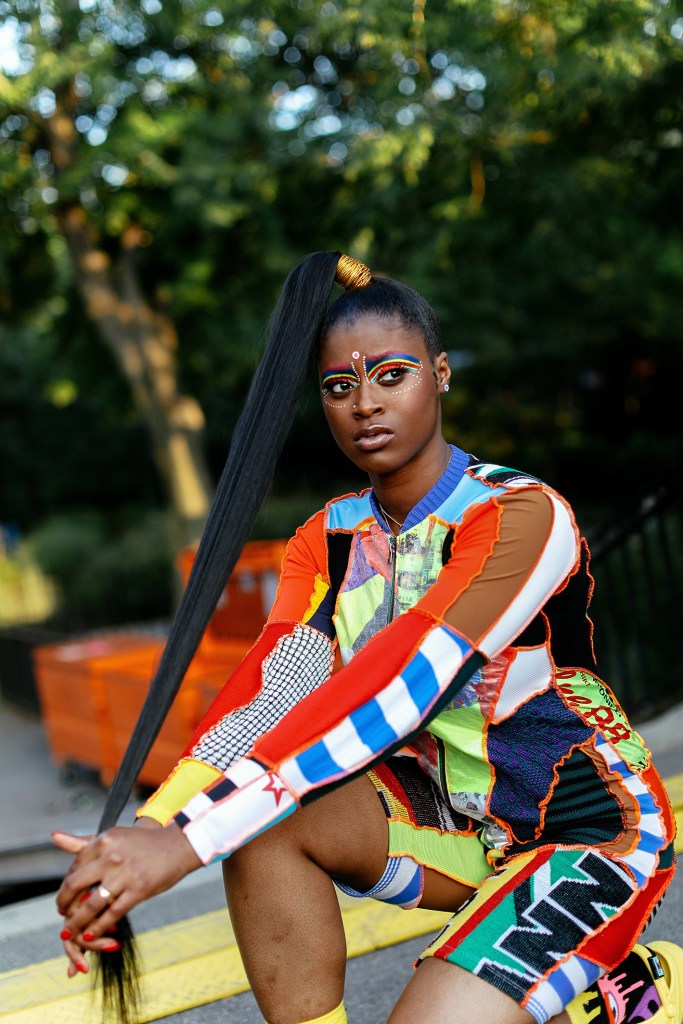