The Australian portrays the Seventies pop singer in the Unjoo Moon-directed biopic "I Am Woman."

First, Tilda Cobham-Hervey heard Helen Reddy. Then she became her.

“I knew her songs; I’m ashamed that I didn’t know a lot more than that at the time when I read the script,” says Cobham-Hervey who, like Reddy, is Australian. The actress, who recently returned to Australia from the States to visit family, was doing press from hotel quarantine. “And I was shocked when I first read the script that a movie had not been made about her, and that no one that I knew in my life knew the details of her story because she was such an extraordinary big life.”

Cobham-Hervey portrays the Seventies singer in the Unjoo Moon-directed biopic “I Am Woman,” named for Reddy’s most famous single. The film covers two decades of Reddy’s life, starting when she moved to New York to pursue a singing career. The aspiring singer’s breakout moment came after she moved to Los Angeles and, newly married, penned the 1973 song “I Am Woman,” which won her a Grammy and became a feminist anthem. The film costars Evan Peters, who portrays Reddy’s volatile former husband and manager, and Danielle Macdonald as the late music writer Lillian Roxon. 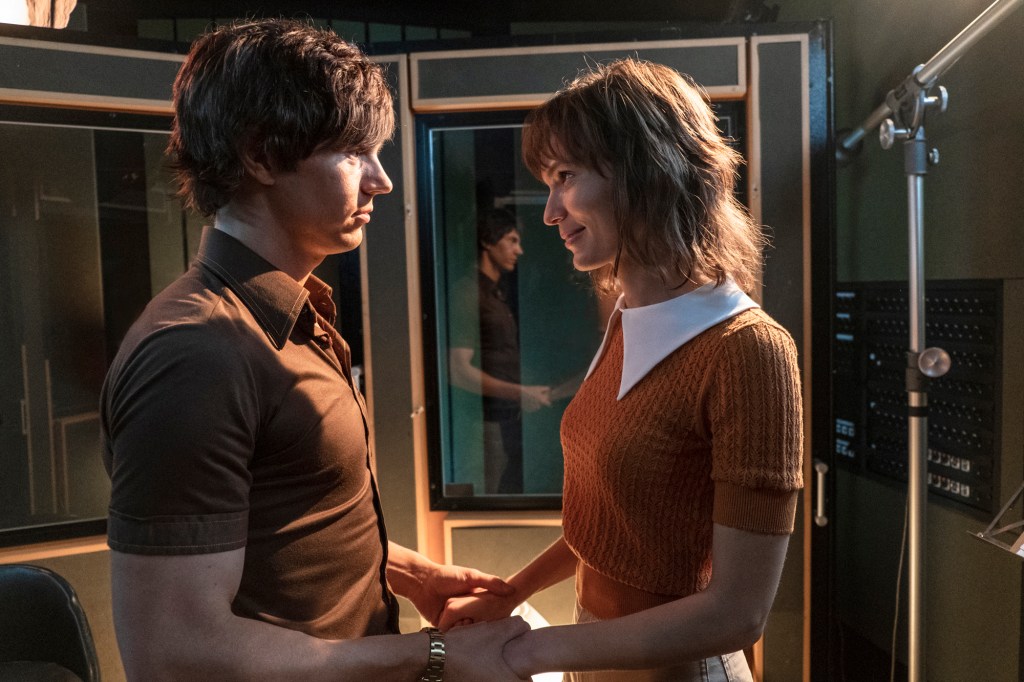 The 78-year-old singer is still alive, but Cobham-Hervey didn’t meet her until after filming. Instead, the actress studied Reddy’s movement, physicality and voice through her recorded performances and interviews. “I’d arrive at studios and I put a wig on in my Seventies heels, and started doing bad karaoke for the best part of the day,” says the actress of role prep. After filming was complete, Cobham-Hervey met Reddy for the first time at an event in L.A., where the singer was being honored with a lifetime achievement award. Cobham-Hervey gave a speech before being joined onstage by Reddy, her daughter, and granddaughter (who sings a song included in the film).

“You can’t help but look and go: you do hold your hand like that!” says Cobham-Hervey of meeting her subject in the flesh. “I couldn’t sort of stop observing her in that way. I also had to remember that I knew everything about her, but she didn’t know me yet. I sort of felt like a bit of the family’s number-one stalker. I knew everything about their life, but they hadn’t met me yet.”

The young actress was initially nervous about the aging aspect of her role — Reddy from her early 20s until she’s almost 50. “We talked about getting another actor to play the end part of the film, but I’m glad they gave me the chance to take it all of the way,” she says. “And it was a joy to step outside of being a 23-year-old at the time and get to shoot this worldly 48-year-old woman. I think like all of us, Helen became more herself in age.” 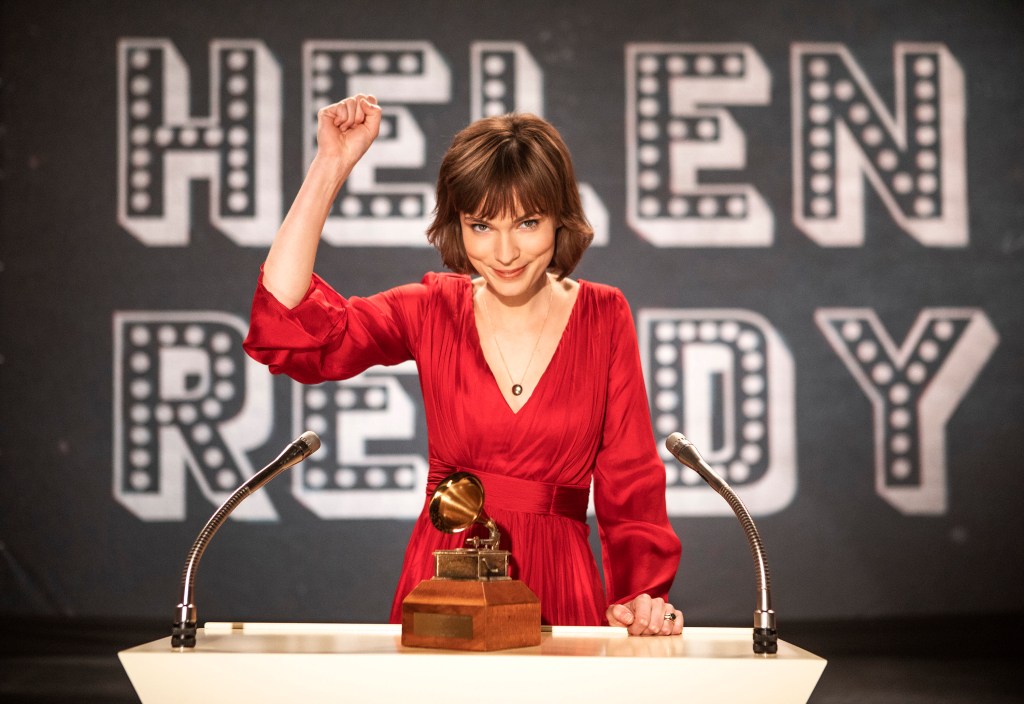 Reddy’s story predates the current moment by several decades, but its release hits a timely mark Stateside. “The Equal Rights Amendment has still not been passed in America. And I hope that’s something that in this next election people start thinking about with how they vote,” says Cobham-Hervey. “I thought about this a lot while we were making it: that it’s so important to look back and honor the women who came before us who fought for all the things that have made the world that I grew up in comfortable. It’s really inspiring to see how far we’ve come — I can get a bank card with my own name on it without even thinking twice. But there is still a long way to go as well. I hope [the film] will inspire the next generation to stand up like Helen did and fight, and stay believing.”

The actress’ next project? An animated virtual reality film, which she codirected and cowrote with Dev Patel, starring a homicidal hamster. The film will premiere at the Adelaide Film Festival — in Cobham-Hervey’s hometown — in October. Her move into film production isn’t a one-off. She’s working on producing and writing a screen adaptation of Canadian author Miriam Toews’ novel “Irma Voth,” and Cobham-Hervey is also writing a screenplay about the early 20th-century Australian socialite Sheila Chisholm, who had an affair with future King of England George VI. “So two very different projects, but they’ve been keeping me busy,” says Cobham-Hervey. 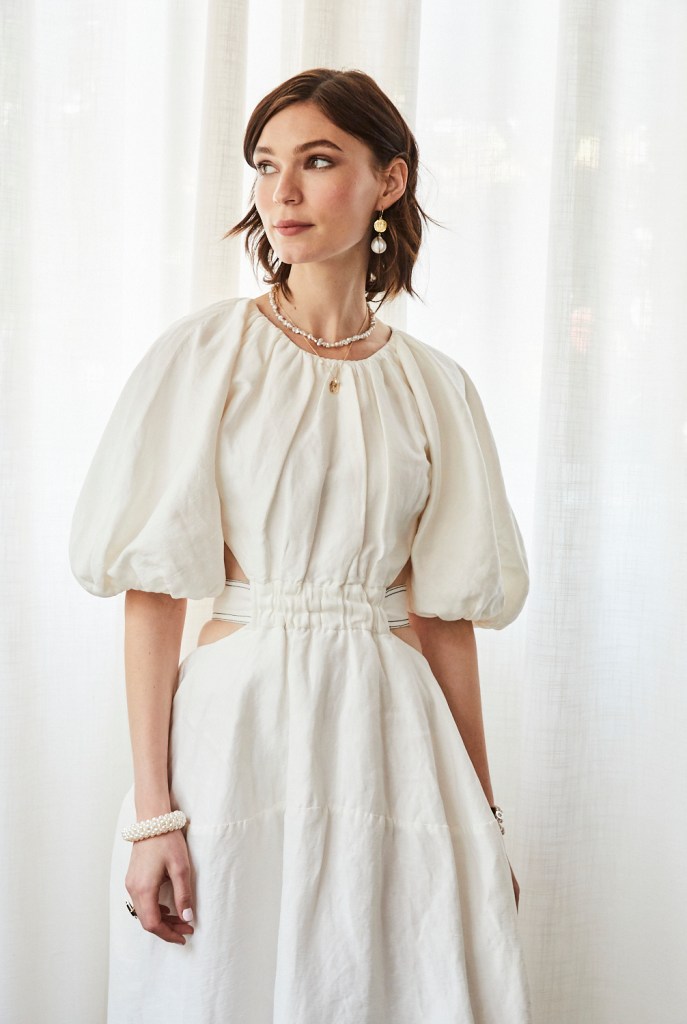 Feeling at Home With Wunmi Mosaku