Tilda Swinton on Opening Cannes, Her Next Film Project — and the Power of a Suit

Swinton spoke about her role in "The Dead Don't Die" and the new film project she hopes to return to Cannes with next year. 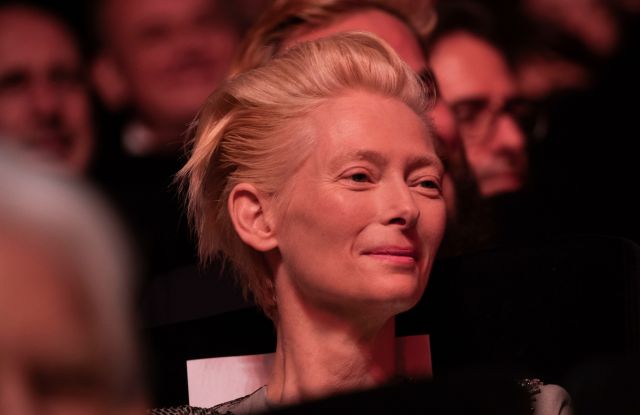 CANNES, France — For Tilda Swinton, the Cannes Film Festival has been an opportunity to reunite with friends and revel in her love of cinema.

The premiere of her latest film “The Dead Don’t Die,” a zombie movie directed by Jim Jarmusch, marked the festival’s opening and since then Swinton has stayed put in the French Riviera to take in as many films as she can.

“There are many ways of coming to Cannes, sometimes you’re trying to sell a film, sometimes you’re trying to get a film made, you might be here on a jury or bringing a film. But coming at any time and for any reason is a sort of fiesta come school vacation. This year to be with this particular family of filmmakers — Jim Jarmusch and Bill Murray, who I’ve known very well on many different films — is like a family reunion,” said Swinton in an interview, as she was getting ready to walk the red carpet for the premiere of Quentin Tarantino’s much-anticipated “Once Upon a Time in Hollywood,” alongside her daughter and fellow actress Honor Swinton Byrne. 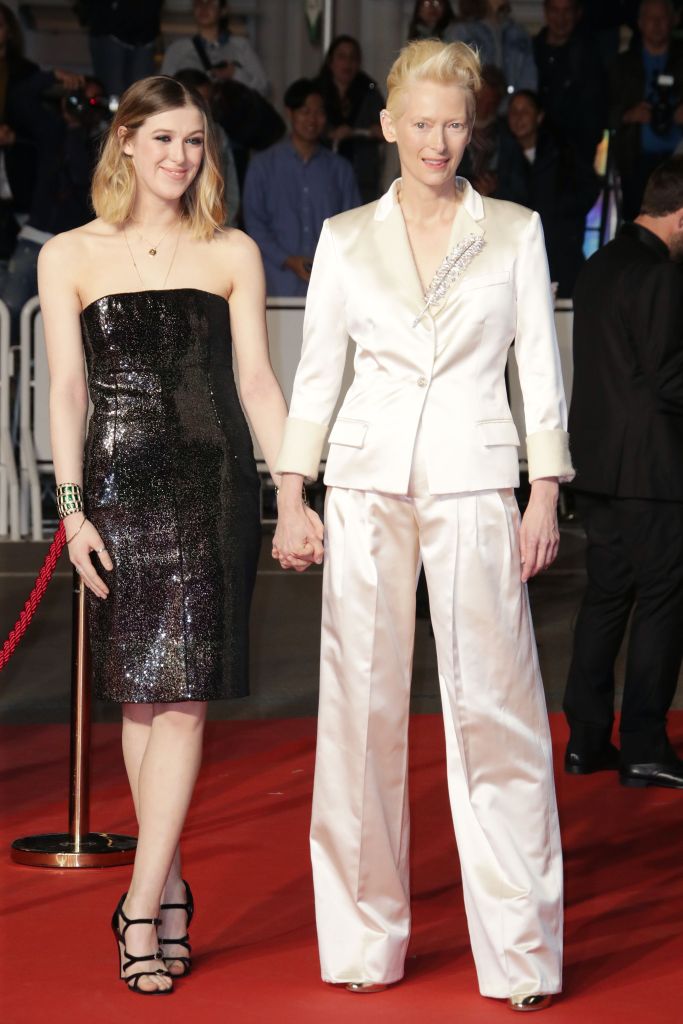 She looked her elegant, otherworldly self in a white suit by Chanel, accessorized with a large diamond brooch and metallic pumps.

“If there’s something as beautiful and simple and comfortable as this suit winking at me, I say, ‘Yes, please.’ That’s really what I want to sit and watch a film in,” said Swinton, adding that she always looks for clothes that can give her a shot of extra confidence. “We look for what’s comfortable and easy and can give me energy. It’s all about giving me energy in moments like this because I’m quite shy and so to go into the public space is a little bit of a leap. If you’re going in a great suit, it’s a way of distracting your shyness, you are reassured you’ll be OK.”

“I was very impressed by ‘Les Misérables,’ particularly as it’s a first feature and I think there’s something particularly strong this year with Thierry Frémaux and his team taking risks with first-time filmmakers,” Swinton said. “Normally when you bring a film, you don’t stay for very long. You bring your own film and then go, but this time I’m trying as hard as I can to take it all in.” 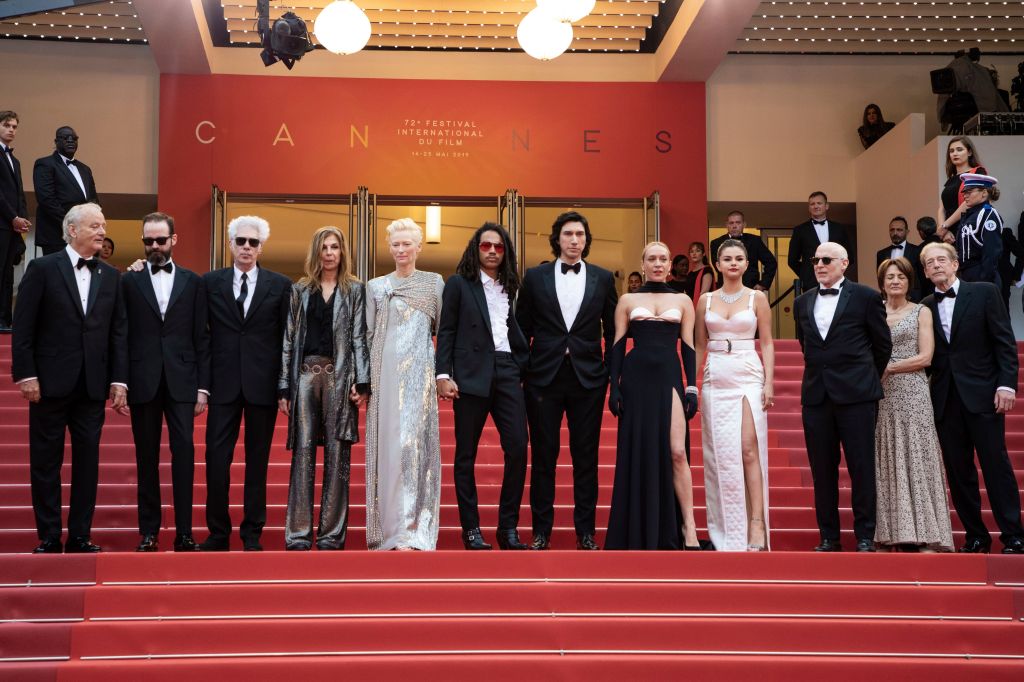 The cast and crew of “The Dead Don’t Die” at Cannes.  Vianney Le Caer/Invision/AP/REX/Shutterstock

As for her own participation in “The Dead Don’t Die,” where she plays the character of an eccentric zombie-killer with a sharp Scottish accent, she credits Jarmusch for making magic happen on set: “I would probably say yes to anything that Jim proposed because I really love him and his work, so even if he said let’s do a film about a sofa I would probably say, ‘Yes let’s do it,'” added the actress, who stars alongside Adam Driver, Selena Gomez, Chloë Sevigny and Luka Sabbat in the film. “It’s always a great group with Jim because people with any kind of intelligence are drawn to working with him. It was essentially a summer vacation. We had a great summer in upstate New York, going around a series of little towns to create our own version of a little town, seen in the film.”

She has also just released the romantic drama “The Souvenir,” where she plays alongside her daughter and is already planning her next project with Thai director Apichatpong Weerasethakul, a previous winner of the Palme d’Or in Cannes for his movie, “Uncle Boonmee Who Can Recall His Past Lives.”

“Apichatpong is a great friend of mine and we’ve been talking for at least a decade about making a film together. We are finally making it this summer in Colombia, so with luck, we might be here next year,” she added. 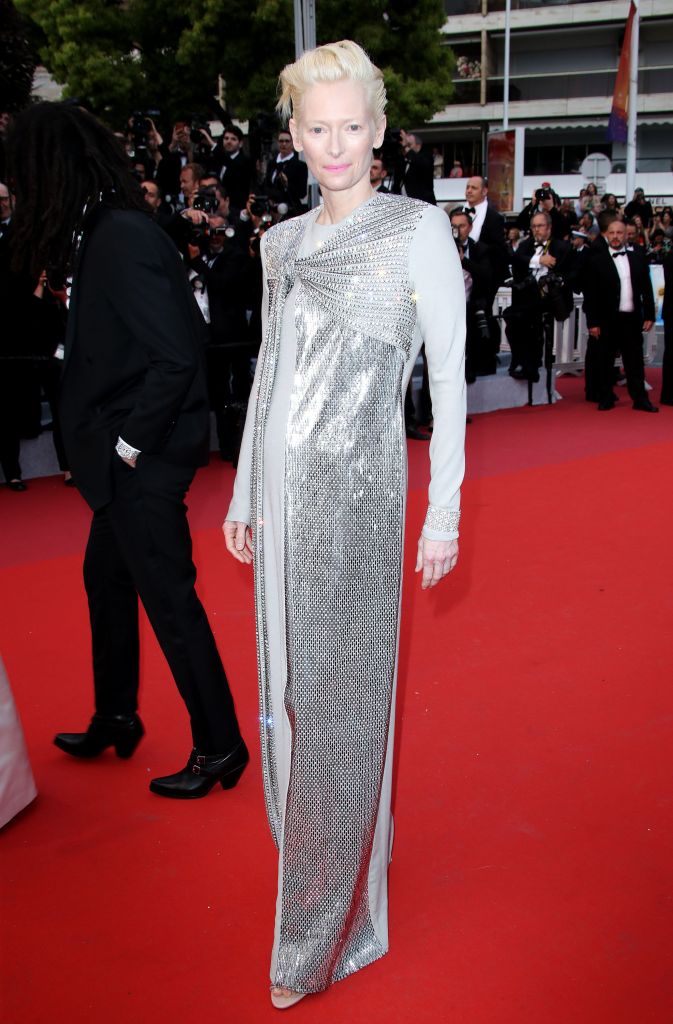