The duo compiled a 96-page compact book featuring a mélange of Barney’s artistic and commercial work. 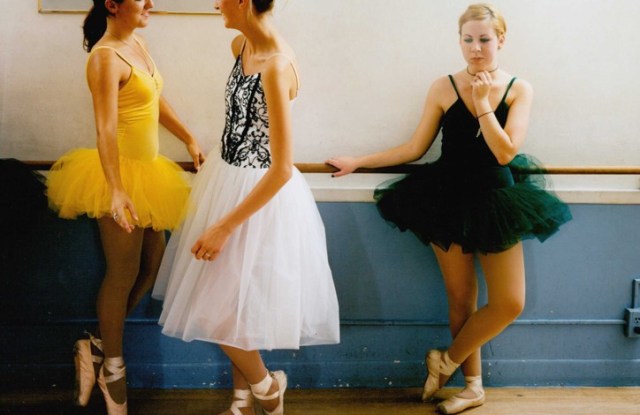 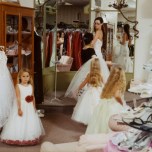 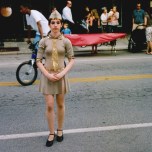 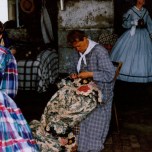 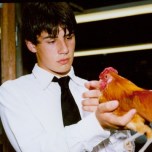 The title alone of Tina Barney’s new book — “Players” — is the first tip the photographer is out for a laugh or two.

The second clue, though not intentional, would be the name of the book’s editor and designer, Chip Kidd, a fitting aptronym for this assignment. Counter to the typical angst-ridden, hefty photography tome, the duo compiled a 96-page, compact book featuring a mélange of Barney’s artistic and commercial work. “So many books are huge,” Barney explains in an interview. “I really believe that people buy these books and never pick them up. I wanted to make them small enough that you may bring it with you to hand to a friend.”

While Barney and Kidd have been friends ever since she penned a fan letter for his “All the Pretty Horses” book jacket, this is the first time they have pooled their talents. Barney was more than willing to let his creativity run free. “Basically, I handed him all these photos — I didn’t tell him one single thing,” she says. “It’s certainly not a typical book.” Certainly not. Aside from the images’ black edges, Kidd’s exacting eye can be spotted in some unsuspecting places. One spread features a portrait of a navel-gazing gold-painted circus performer opposite a shot of three models in schoolgirl-type ensembles that was used for a Theory ad. Noting how the reader’s eye is drawn to a tiny gold-looking doorstop that rests in the left-hand corner of the second page, Barney says, “The book has a lot of human, psychological and social connections. I really wanted that sort of whimsy. I am sort of not making fun of my own work, but kind of in a way.”

Another pal, Michael Stipe, also helped to keep things light. R.E.M.’s front man was asked to write three verses “instead of some heavily complicated art speak that was a totally indiscernible and overly intellectualized forward,” she says.

Steidl will publish the book in Europe mid-February and in the U.S. a few weeks later. Its title is a tongue-in-cheek reference to a project that fizzled. In 1990, Barney’s gallerist Janet Borden suggested shooting the experimental theater troupe The Wooster Group during rehearsal. “The square I am, I had never heard of The Wooster Group and the memory of seeing one of their performances for the first time has never left me,” Barney says.

Intent as she was on finding more thespians to shoot, other theater groups were less receptive to photo shoots. There were plenty of other projects to occupy her time, though, as is the case now for the self-proclaimed “sports fanatic” and mother of three. Her work is on view through Feb. 19 as part of Ringling College of Art and Design’s “Being Human.” Vassar College’s Cesar Pelli-designed art center reopens at the end of this month with “Vassar 150 Years Later: New Photography from Tina Barney, Tim Davis, and Katherine Newbegin.”

Over the past five years, she has been shooting small town life near her New England home to illustrate how rituals are repeated through architecture, landscape, ceremonies, parades and other events. “I started falling in love with small town marching bands,” she says. More recently, she turned her lens to Renaissance fairs, Civil War reenactments and other homegrown pageantry, which “really fit into the trend of repeating the past over and over again for God knows why,” Barney says.

However, one recent change of pace that displeases Barney is the downturn in fashion print advertising and editorial spreads. “You know what’s happening with the fashion industry — it’s dead,” she says, referring to the fast-diminishing amount of work for fashion photographers and stylists. “There are less and less jobs. And ad campaigns are not going to be the same.” Internet-happy as the world is, Barney is not. As much as she enjoyed doing Tory Burch’s spring 2010 ad campaign, she found it “funny” that most of the images were used for the Web. Then there is the rush for fame. As a thesis adviser at the School of Visual Arts, Barney has seen her share of students who seek that rather than true art. “They all think you can be famous overnight. If you do make it with your first great show, how will you build your career in your second year, or your 10th year or your 15th year? It just gets harder,” she says. “The worst thing that can happen is that you hit the jackpot the first time.”

Asked about her staying power, Barney says, “I have been able to be critical of what I do without considering ego and fame and the money gods. I think a lot of artists don’t want to hear the truth. I have always been more hard on myself than anyone else.”