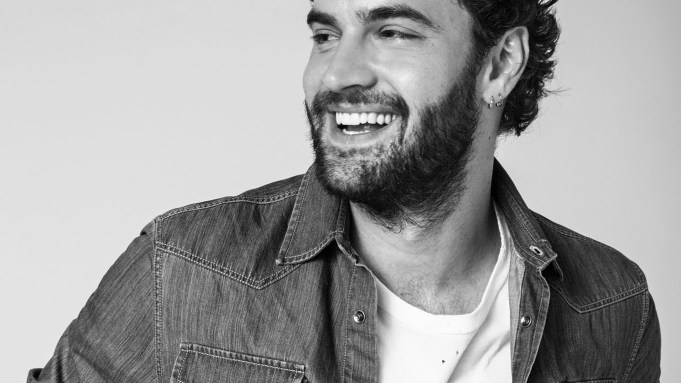 “I’m not a sit-on-the-beach kind of guy,” admits Bateman from the café La Pecora Bianca down the street from his hotel in New York’s Flatiron neighborhood.

Case in point: last year, he had three weeks off between filming a TV show and starting a theater gig, so he decided to become a certified scuba diver. “Second day in I was bored, so I flew to Gozo [Malta], and I did my license,” he says, nonchalantly.

Although not one to sit still, the chatty and charming actor is quick to delve into stories over a flat white. While an actor’s approachability can be deceptive — at what point does the acting stop when media is involved? — he seems genuine when deflecting from himself and peppering the conversation with inquisitions, wanting to share the fruits of his wanderlust.

“I got in so much trouble when I was doing ‘Snatched’ in Hawaii,” he says, recalling the film he did alongside Amy Schumer and Goldie Hawn, released in May. “I was driving back on a Saturday afternoon from the beach, and I just saw this sign saying ‘Skydiving for $95.’ And I was like, I can’t not sky dive for $95. I told Amy: she said, ‘Tom what did you do on the weekend?’ I said, ‘I went skydiving. It was amazing. You’re so high up you can see the curve of the earth.’ The second I landed I wanted to do it again. The next day the executive producer came up and was like, ‘You skydived? You know you aren’t allowed to skydive.'” (Bateman pauses, wanting to stress for the record that Schumer didn’t, in fact, tattle on him.)

He ran into more restrictions while filming the upcoming thriller “Hard Powder” in British Columbia. “I was like, ‘Alright, let’s do some skiing.’ And they go, ‘No, you can’t do that while we’re filming.’ They treat you like a little china doll.”

Bateman, 28, hails from the city of Oxford and was raised in a large family; he has 13 brothers and sisters, including a twin brother. Although his twin also had an aptitude for the stage — “He was better than me,” says Bateman — he wasn’t interested in pursuing acting professionally. Bateman, on the other hand, has been able to combine his penchant for thrill-seeking with his chosen career.

First up in his string of breakout roles is Kenneth Branagh’s ensemble film “Murder on the Orient Express,” alongside a laundry list of stars: Branagh, who is also directing, Daisy Ridley, Johnny Depp, Penelope Cruz, Judi Dench, Leslie Odom Jr. and Michelle Pfeiffer. Filming in London, the actor engaged in tamer activities in his off time, noting that the cast frequented the salacious cabaret club The Box. “Willem Dafoe knows the owner, they’re buddies. So he got us in every week,” he says. “Never in my life have I had an experience where I thought I would throw up and pass out at the same time.”

In the film, out in October, Bateman plays Bouc, the “best friend” character to Branagh’s detective Hercule Poirot. Reading the book for the first time, Bateman stumbled upon a discrepancy between him and Bouc — he was written to be a 45-year-old Frenchman. “I asked [Branagh] if he wanted me to put on a French accent, and he said, ‘Under no circumstances do I want to hear your horrible French accent.'” Once cast, the role was modified. “[Branagh] and I were in all the scenes together — we’re like Holmes and Watson — I think they thought it would be a bit boring to have a 45-year-old Frenchman and a 50-year-old Belgian guy.”

Bateman’s mother was thrilled when he booked the gig — she’s a huge Agatha Christie fan. “We had to learn this for all the press junket days: [Christie] is, apart from the bible, the most read. She beats J.K. Rowling. The Bible is the only other book that’s more well-read than her. You forget: she’s written s–tloads.”

Bateman is an easy typecast — dark-haired, tall, conventionally handsome — and perfect to pluck for period roles. With the release of “Murder on the Orient Express” on the horizon, Bateman has recently begun filming an adaptation of another book, William Makepeace Thackeray’s satirical “Vanity Fair,” set in the Victorian era.

Despite all of his recent screen work — which has broadened his exposure outside of London’s West End — Bateman retains a sense of loyalty to the stage. “With film, you get a bit more luxury. You get to chat with the world a bit. I would like to do both if I can,” he says. “My mum asked me what I prefer, and I said, ‘I never miss film, but I miss theater,'” he continues.

For many actors, the stage is the purest form, and a way to prove their chops.

“Maybe it’s a bit snobby, but it’s as if you’re a proper actor if you do stage. Do you know what I mean? Did you see Mark Strong in ‘View from the Bridge?’ He was incredible. He was on film for 10 years, and everyone was wondering if he could do it. Oh, he could do it. He was amazing,” Bateman says. “I’m a big fan of his work, but it’s a real honor to see it live. Like Judi Dench, when she was in ‘The Winter’s Tale,’ Ken and I would sit in the wings. And Judi went on to do this speech, and [Branagh] came up to me and said, ‘They all come to see her.’

“Watching her in film is one thing, but to see her in person…It’s magic.”