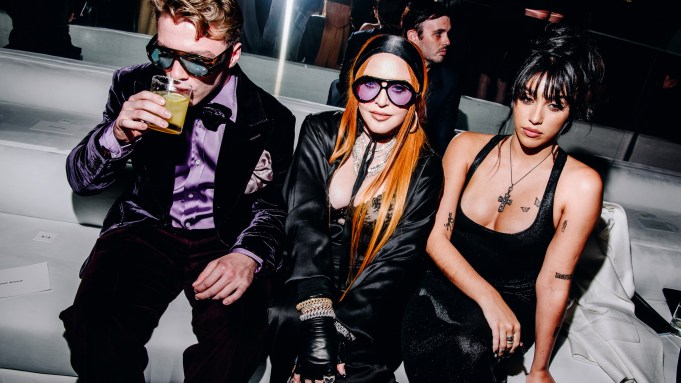 After a busy morning at the Michael Kors show, New York Fashion Week wrapped up Wednesday evening with Tom Ford.

As usual, Ford’s front row was packed with VIP guests. Madonna was in attendance, sporting new red hair, and while she’s been a fixture at NYFW the past few days, she made an extra special appearance for the Tom Ford show, bringing two of her children, Lourdes Leon and Rocco Ritchie, with her.

While we personally are looking forward to some rest following all the NYFW madness, we have a feeling the celebs won’t sit out for long. After all, we still have three more fashion weeks ahead of us.