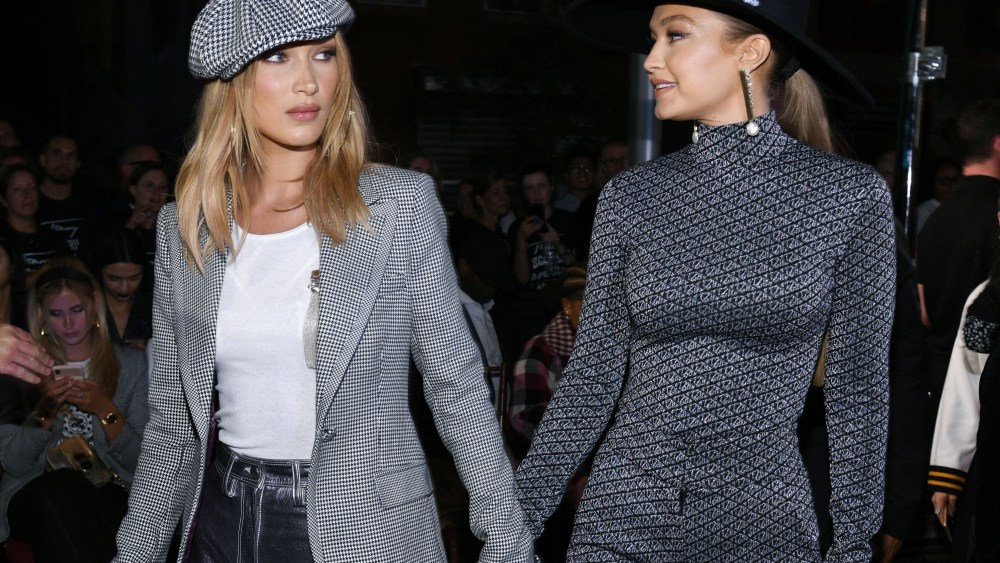 Sister duo Gigi and Bella Hadid were front and center Sunday night at the Apollo Theater in Harlem, N.Y., where the second showing of Tommy Hilfiger’s line with Zendaya was presented.

Trainor was also making her fashion week debut; the singer-songwriter took in her first show, Christian Siriano, the day prior.

“This looks like a Hollywood movie set,” she said, taking in the scene outside at the Apollo.

“The real first fashion designer I’d ever heard of was Tommy Hilfiger: growing up on Nantucket, he had a house there, so that was like the one guy — that was it,” Trainor said. “So to have a meeting with him was the coolest experience of my life — and then to be invited to the show, I’m still shaking. I just couldn’t believe that he would want me here. He dressed me and I feel so beautiful — I feel like a shining star.”

The musician, who will also attend Sally LaPointe (“we’re both from Massachusetts”) and Christian Cowan, says she’s eager to learn more about the fashion industry.

“My stylist, Hayley Atkin, I always ask her ‘Is this fancy?’ And then she teaches me. And I’ve been learning so much that I was like ‘OK let’s go to shows, let’s really learn bout this, let’s meet people,’” Trainor said.

Size inclusivity is also important to Trainor, who said she was happy to see bodies of all sizes on the runway at Siriano’s show.

“I loved seeing that — to the point were I was like ‘I want to walk in one of these!” she said. “It looks like the most terrifying thing ever but I could do it!’”