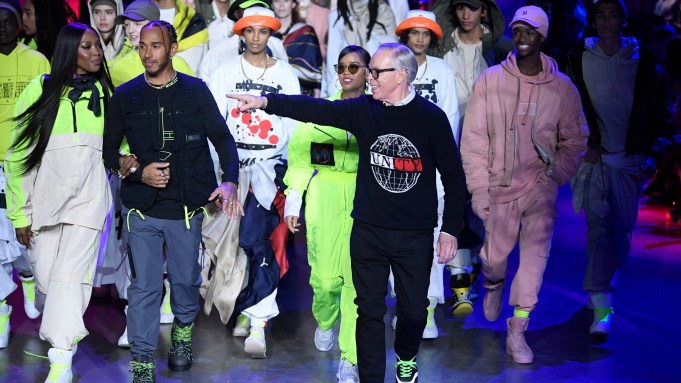 The likes of Billy Porter, Charli XCX and Meghan Trainor watched a diverse cast of iconic models, influencers and music progeny walked by in the Tommy x Lewis range created with Formula 1 champion Lewis Hamilton and the capsule collection developed with musician H.E.R.

Hamilton, Hilfiger and H.E.R. took their bow with the entire cast to rousing disco music.

“I expect to be blown away,” predicted Porter a few minutes before the show, who was a regular at the London Fashion Week events, attending shows from Richard Quinn to Simone Rocha. He’s in town to shoot his next movie “Cinderella,” and also took in the Central Saint Martins show. “That was really special,” he said. “What was coming out and pouring out of these kids was really magnificent.”