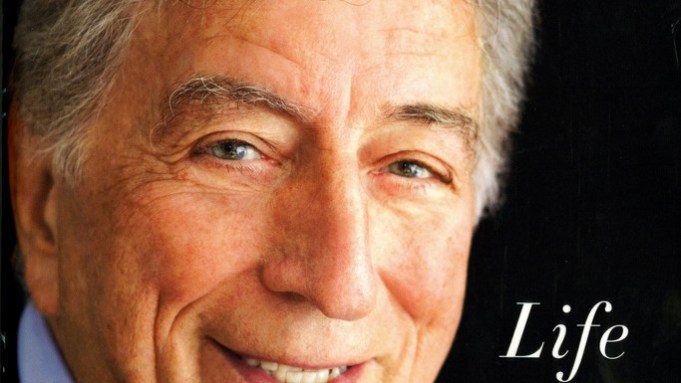 At 86, Tony Bennett might seem to have led a charmed life. After all, he has received 17 Grammys; he was the oldest person in history, at 85, to have a number-one album, with “Duets II,” in 2011, and his latest CD, “Viva Duets,” featuring Bennett singing his classic songs with Latin artists, was number five on the Billboard chart when it came out. Then there’s “The Zen of Bennett,” a documentary by his son and manager Danny Bennett, which opened in limited release earlier this fall and will be available on DVD Monday. There’s also his new book, “Life Is a Gift: The Zen of Bennett,” with a foreword by Mitch Albom, due out Tuesday from HarperCollins.

Nevertheless, there have been a few been a few bumps along the way. Bennett was drafted into the army as an infantryman toward the end of World War II, and being at the front was “unbearable.” Much later, after many hit records, he began to have difficulty with his longtime label, Columbia, and left it to found his own label, which failed. Two of his three marriages ended in divorce. But since his sons, Danny and Dae, began working with him on his career almost 40 years ago things have improved exponentially.

“I have wonderful children,” says Bennett, who is also an accomplished painter. “When my two sons both saw that I was in trouble, they came running at me and said, ‘Just keep singing and painting, and we’ll take care of everything else.’ My one daughter, Antonia, sings with me on the stage; my other daughter, Johanna, is starting a film festival for me. I have my whole family in my business, and ever since they came on board, it just straightened me out so much that I’m a very contented person.”

His philosophy? As he told his sons, “I like quality. I always told them that Woolworths went out of business, but Tiffany still stays in business. I just lived my life that way. I just made sure that I stay myself.”

Bennett recalls how inspiring he found Fred Astaire’s on-screen dancing when he was a child. He observes that Cole Porter and Irving Berlin wanted Astaire to debut their songs, and Astaire inaugurated, Bennett says, 230 songs now considered part of “The American Songbook.” Many years later, he had a chance to meet Astaire, who had written a song, “Life is Beautiful,” and wanted Bennett to sing it. So he went over to the singer’s house in Los Angeles and, Bennett recalls, “Astaire said to me, ‘I love going to Hollywood parties, but I’m retired now, and every woman says, “Mr. Astaire, just do one dance with me.” They don’t realize that I’m not that energetic any more, and I have to leave the party.’” Bennett went upstairs to pick up the music for the song, and when he looked out the window, he saw Astaire dancing to a Big Joe Turner blues song. But when he walked in, Bennett says, “His pale face turned red with embarrassment, and he said, ‘Every time I hear that song, I have to dance.’”

Another, more modern, star Bennett worked with was Amy Winehouse, whom he describes as “a great jazz singer.” For his 85th birthday, Bennett planned to play the London Palladium, and he wanted to ask her to perform with him there and also to tell her to stop drinking and taking drugs, but then he got “a tragic phone call” from one of his sons. “I met her mother, who was a sweet lady,” Bennett says. “She said, ‘I know she had a very short life, but her whole life, she dreamed about becoming a star in the entertainment world, and she achieved the success that she wanted as far as I’m concerned.’ Everybody else felt that there was something tragic about it, but she felt contented that [her daughter] was able to achieve what she wanted.”

But one of the major themes of “Life Is a Gift” is that performers should not become intoxicated by fame. As Bennett puts it, “When I was first recognized on Amateur Night, Pearl Bailey said to me, ‘Now, son, you’re a very talented person, but don’t let it go to your head that much. Look out for fame.’”