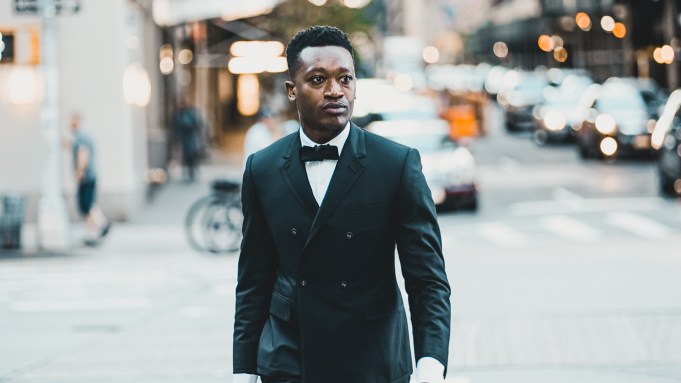 “I had a long celebratory night,” said Ato Blankson-Wood, the morning after the Tony Awards. “It was a celebration. And I think that’s exactly what we all needed it to be.”

The actor was up for best leading actor for “Slave Play,” which picked up a record 12 nominations. In the night’s biggest upset, the play didn’t walk away with any prizes. However, at the after party, writer Jeremy O. Harris announced a different kind of win: The play is returning to Broadway this fall for a limited run. Blankson-Wood is among the original cast returning to the production directed by Robert O’Hara.

“It’s really clear to me that the show still has some work to do, so I’m excited to be a part of that,” said the actor, who sat with the news for almost a month before it was announced. The cast will begin rehearsing in late October. “So much of this character already lived in me, but definitely this year and a half of pandemic has shifted a lot of my thinking and just who I am. So I’m excited to approach this character from a different vantage point. I feel farther away from him than I did pre-pandemic, but I think that that’s going to give me an interesting perspective.”

The actor worked closely with stylist Von Ford to select his look for Sunday’s awards ceremony. “We talked about what I was hoping to feel like that night, and I wanted to feel powerful but chic,” Blankson-Wood said. He found both of those qualities in his black tux by Thom Browne. “Awards shows are a perfect time for Thom Browne,” said Blankson-Wood, crediting the classic (and theatrical) approach of the American designer. He accessorized the look with a bow tie and Thom Browne oxfords, and jewelry by Martine Ali.

For Blankson-Wood, a highlight of the night was being seated across the aisle from “Hadestown” star André De Shields, “Who’s one of my idols,” Blankson-Wood said. “His sense of style and personhood is just incredible. So to bask and be in his presence was really a highlight.”

The actor is excited to finally reunite with his castmates and theater peers in New York. He moved to Los Angeles at the start of the pandemic, where he recently wrapped a project with Ryan Murphy, and also filmed “The Same Storm,” which premiered at Telluride and will open the Austin Film Festival in October. The film, directed by Peter Hedges, was shot remotely. “At the moment, it felt like we were making a time capsule, something that felt very of that moment,” Blankson-Wood said. “I wasn’t considering still being inside of this pandemic a year and a half later.”

After “Slave Play” wraps for a second time, Blankson-Wood will be joining the revival of “Long Day’s Journey Into Night,” also directed by O’Hara, in January. “It’s going to be a marathon five months. So I’m just going to prepare to do the physical work of being on stage again,” Blankson-Wood added.