The artist recently exhibited new works at Pace Gallery in East Hampton, her first show with the gallery.

For Torkwase Dyson, the process of creating new work is a revelation.

The Harlem-based artist recently had a weeklong exhibition of new work at Pace’s recently opened gallery in East Hampton. It’s her first show with the gallery, which began representing the artist earlier this year.

“Studies for Bird and Lava” featured new drawings and paintings from the artist’s ongoing exploration of geometric abstraction, as it relates to social architecture, systems of power, and environmental justice. The central geometries in her latest works are a curve and trapezoid. “Bird and lava,” as poetic metaphor, represents the dualities presented by elements, and how together they have the ability to transform and create new states.

“I think its critical to embody those different types of being at the same time,” says Dyson. “Commingling, creating these hybrids, simultaneity — that kind of language helps push me as a geometrist.”

Dyson’s work is articulated from her overarching theory of Black Compositional Thought. “It’s this larger idea of space and movement, how things get situated in space and liberated,” Dyson explains. Specifically, she’s interested in what mark-making and space — geometric abstraction — can reveal about how Black bodies interact with and are affected by built environments; how those spaces have been used for resistance and survival. 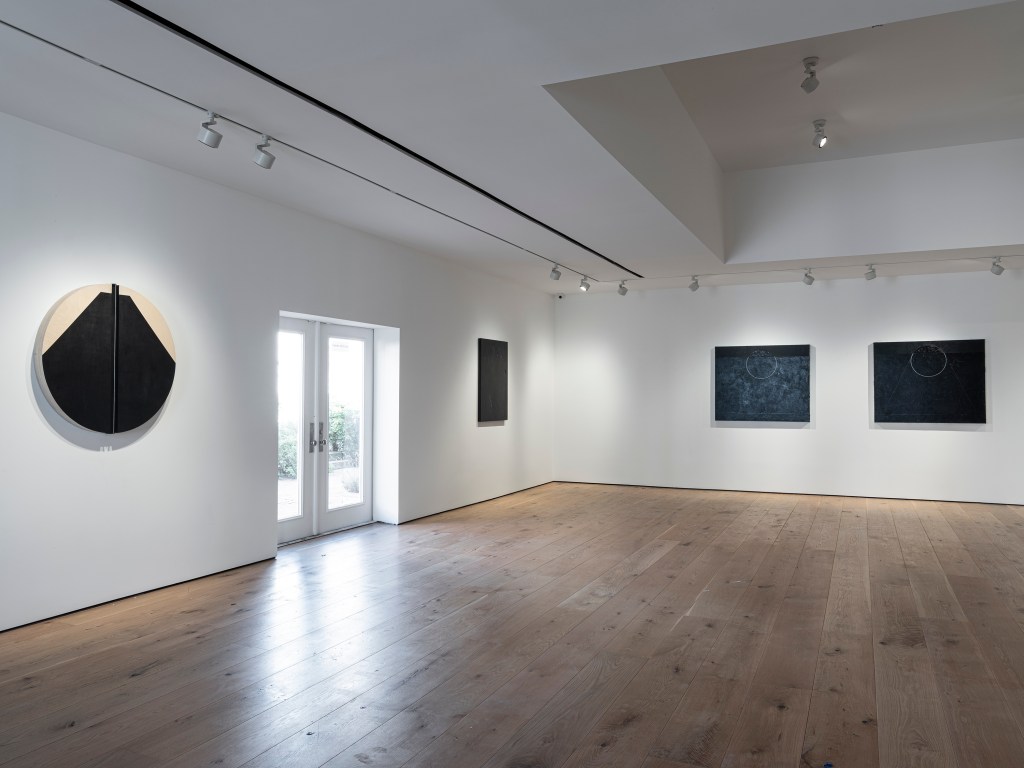 She was the 2019 recipient of the Studio Museum in Harlem’s prestigious annual Wein prize, a recognition that underscores the ideas Dyson has been able to articulate through her work. The artist continues to aim towards a new relationship with abstraction, which as an art form “can be as poetic and political as anything,” she says; it’s allowed her to uncover new possibilities for articulation and expressiveness. “There’s still so much room for experimentation in terms of what it can do to impact economy, culture, the future, the present. I think it has so much potential.”

Her solo exhibition of paintings at the New Orleans Museum of Art, which reopened in mid-July, was extended through the end of the year. “Black Compositional Thought: 15 Paintings for the Plantationocene” was the result of an assignment Dyson gave herself to push composition; the drawings are light-handed and the paintings dense and thick.

The pandemic has had little effect on Dyson’s process, although it has caused several upcoming shows to get pushed back. The upside is that the delays add up to more time for Dyson to create, and the ability to slow down and observe the effect that time has on the process of mark-making. “I’m really enjoying all of the time and the space to be creative in a way that has made it so the objects in my studio are really speaking to each other, in a way they haven’t before,” she says. Recently, Dyson has explored the possibilities of animation from her apartment in Harlem. Similar to how all of her work stems from an exploration of her overarching theory, she sees her animation work as an extension of her drawing and painting practices, and vice versa.

Although the timelines are in flux, Dyson’s work is headed to the Shanghai Biennial and a group show with Serpentine. She’s also working on a large sculpture project — her most ambitious yet, incorporating a diversity of materials — for an exhibition at the Wexner Center, which awarded the artist a year-long residency. 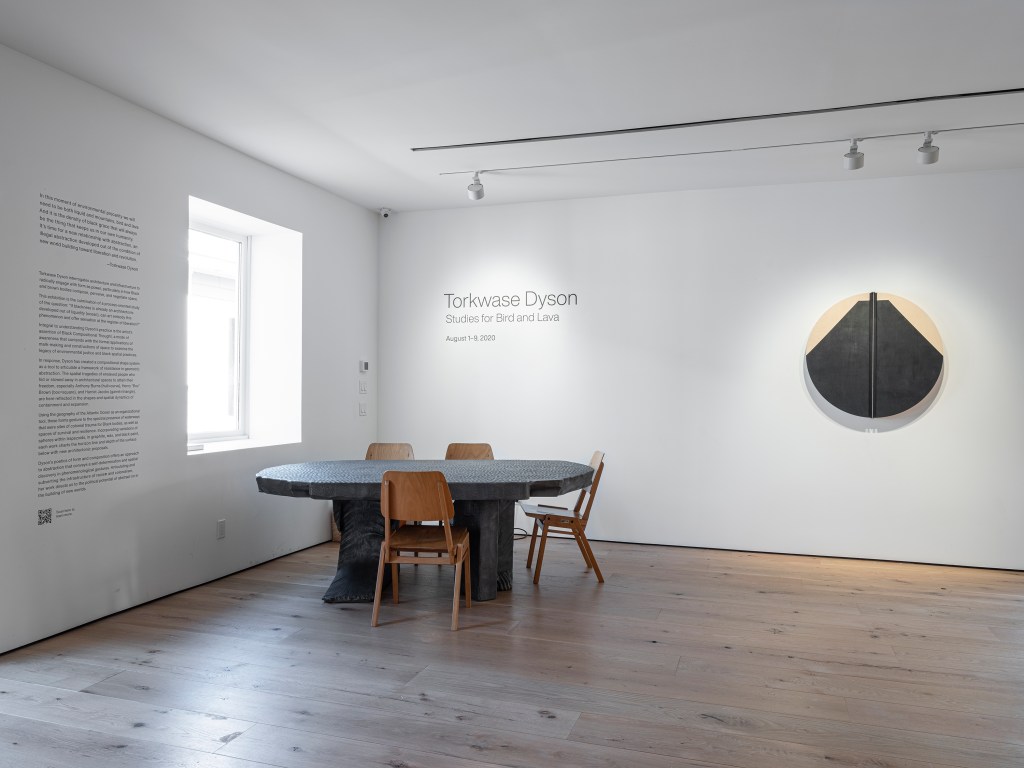 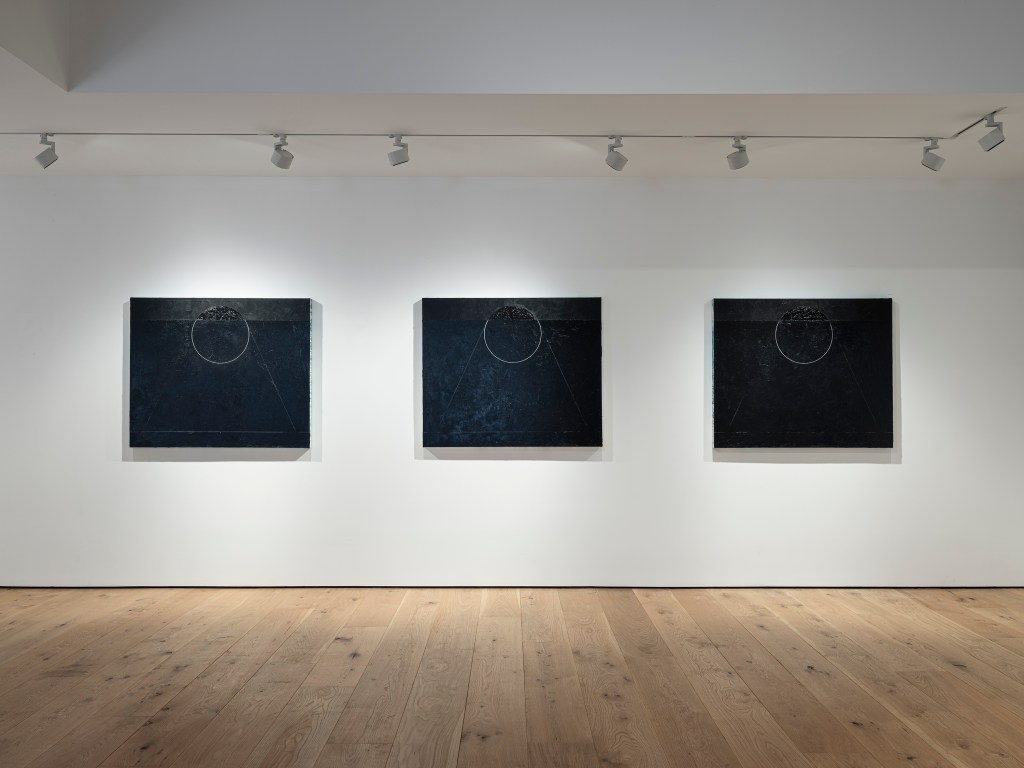