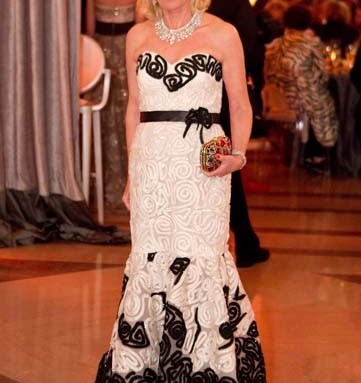 A series of chaotic storms crashed through San Francisco this week but the San Francisco Ballet’s opening night gala went on in spite of traffic delays and power outages. Socials were all smiles as they arrived at City Hall for cocktails. “You just have to keep your skirt out of the puddles,” said interior designer Jean Larette as she dashed into the Opera House amidst the downpour.

Marissa Mayer arrived straight from Google headquarters, and said she was looking forward to the performances. “I studied ballet for nine years,” she recalled. “It’s great for building confidence and discipline. I only gave it up because I wanted to focus on my education.”

During intermission, Paul Pelosi and Charlotte Shultz swapped winter storm stories. “The power suddenly went out as I was getting dressed for a party,” said Pelosi. “I headed downstairs for a flashlight, but I was in a hurry, so I grabbed my BlackBerry instead and dressed by the light from the screen. Thanks to modern technology I think I looked okay.”